The most relevant cryptoactives in the market

The most relevant cryptoactives in the market

Walking through the park at 4 o'clock in the afternoon, I asked myself: - Why is it that some people get good returns and others do not?

If you read that question well, right now your mind must be asking the same thing. Let me tell you something. That question not only you do, there are many people in the world who also have that doubt.

It turns out that the market of active crypto, the biggest problem that exists is to know which projects really will have future and which will not.

You will say now: -that is really true.

But let me tell you a quick response.

It turns out to avoid headaches in the market, the important thing is to start from the classiication of projects by industries and their real vision.

Therefore, and in a personal way, the father of all must never be missing in our portfolio.

Bitcoin, the father of all

Recent studies show that Bitcoin has tended to be heavily funded by large economic institutions. It no longer looks at this digital asset, simply, as a digital currency and as an asset that will have a great value over time.

Students of technical analysis predict that by 2021 the price of Bitcoin can exceed $ USD 100k. The massive adoption of this asset by then will be massive, given that many people will understand their philosophy that seeks primarily to educate women to better control their gold reserves. And I say gold, to give a clear example of the comparison to which we can go.

I believe faithfully in this philosophy. Actually, and recognizing the global crisis, Bitcoin can help to have a more solidary and just economy.

Vitalik and his madness

I am very well aware that these days you are watching the bitcoin series and your friends (smiling). Well, there's nothing wrong with that.

The truth and so that he worries so much, we are also seeing it. And to top it all, Vitalik in those times was crazy. But we believe is that madness.

When Vitalik met Bitcoin, he was very surprised to see a number of problems he could solve. The fact is that, seeing solutions, he also found some problems. One of them was the high cmputacional cost and the other, the delay in the confirmations of the transactions.

The certain thing is that Vitalik could with the creation of Ethereum melhor that, and create a decentralized platform that allowed the development of other applications. Which thing so far with the Bicoin network we can not do.

So for you, dear reader, to be in tune with my idea, Ethereum has great potential and has already been seen in recent years. From this platform, multiple blockchain projects were created. Some with conservative characteristics; others, wanting to decipher the future.

Ethereum every day is being adopted by the multinationals. And it is not necessary to name them here. What I can tell you is that it is entering one of the largest industries on the planet. The oil industry. 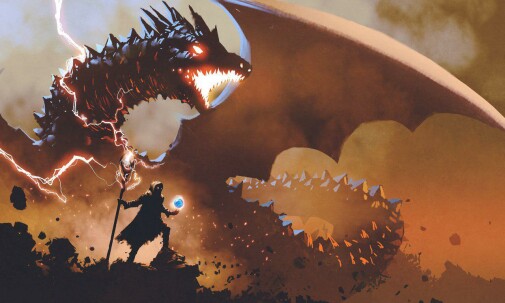 The statistics show us that it is an industry that moves more than $ UDS 1 Bn per year and it is estimated that in the next few years that number can triple.

The above is not far from being a dream. Since the creation of the Enjin blockchain project, that has been closer to being possible.

From a personal point of view, Enjin is looking to register on its platform the copyright of the game elements, which allows and will allow a better electronic commerce, which at present some centralized games have not allowed.

My biggest dream is to see Enjin at $ USD 1 dollar. And he deserves it. Creativity is worth more than gold and should be valued.

On the other hand, I recommend watching vechain, Pundi X and if luck was on our side Ripple.

Vechain these last days has surprised us with its partnership with the wallmart; Pundi X can yes, solve the problems of payments for trade; and Ripple can help banks to have a better solution for international transactions.

So do not lose sight of them. 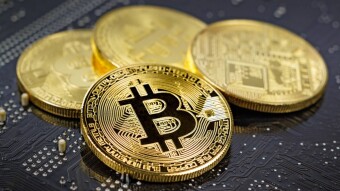