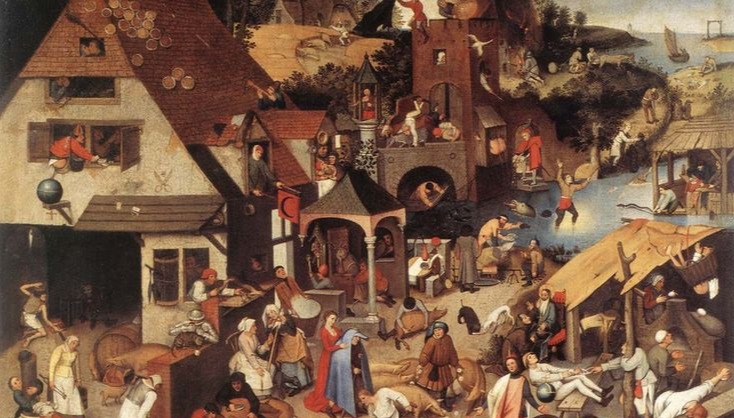 The real value of distributed peer-to-peer actor-network arrangements. Beyond all the hype, speculation and marketing pixie dust buzzwordery.

The value of ad hoc assembled peer-to-peer networks on the basis of a common protocol and a shared database of records (essentially constituting a kind of bureaucracy and means of record-keeping) is really above and beyond in that itself, the concept and the whole range of possibilities it opens up. All the possible configurational arrangements and patterns of self-organizing actor-networks actively coordinating in response to dynamically changing circumstances. Or, to use Deleuze's term, forming as collective assemblages of enunciation as needed or necessary. A higher form of non-singular and multi-dimensional distributed intelligence connected within human sensor networks and socio-technical constructs is necessary for making possible a level of sense-making commensurate with the degree of entangled complexity in the world we live in today.

There will be no doubt many various (not necessarily market ones) economies that would emerge, form and stabilize different kinds of order within their respective domains. At the same time, such constructs may be put together as war machines. Or for the purpose of carrying out certain clandestine operations under the radar and evading state capture and seizure. An immediately obvious example is Bitcoin and later on Monero's use in money laundering, transacting on illegal goods marketplaces or sinking exchanges and disappearing money, naturally slipping through legal jurisdictions and regulatory compliance. Those are just a few examples that show what powerful concept this is. And one that can and will eventually be weaponized at some point along the way. It's like a whole vocabulary of guerrilla warfare tactics for the open seas of cyberspace. 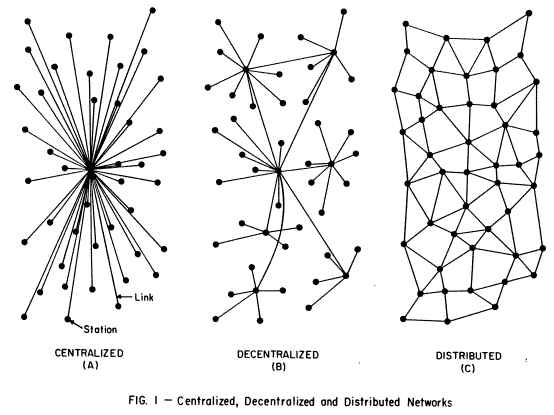 The difference illustrated. Networks of value creation are distributed, i.e. distributing resources along vectors to produce something or accomplish some end-goal or specific purpose.

Along those lines, Scorex is a modular blockchain framework that allows for components and primitives to be easily swapped in and out in various configurations. And is written in functionally oriented Scala - usually used when building mission critical infrastructure (aerospace, etc.) Things like that and standardized formally proven  implementations compatible across systems, like what IOHK is doing (they've developed Scorex too) would really push things to another level.

Holochain is another one worth mentioning. Itself the data integrity engine component of the broader vision/concept of Ceptr, but right now taken as a standalone mechanism/framework for easily coding/putting together composable and mutually interoperable distributed lightweight apps. Has no notion of a singular network wide consensus and does not impose any rigid boundaries or hard coded limitations. Instead it has each hApp with its defined validation rules form its own distributed hash table and each user running it, recording events in its own individual hashchain. And the plugging of and translating between different hApps eventually grows to form a massive DAG (directed acyclic graph, or how complex systems are usually modeled - as chains of interdependency relationships between recorded events) and ends up revealing a lot of otherwise hidden correlations and unsuspected relationships between events and things and the pre-conditions that give rise to or trigger them. In other words, something built for the purpose of collective sense-making at scale (critical for the capacity to efficiently problem-solve and therefrom survive or even thrive). 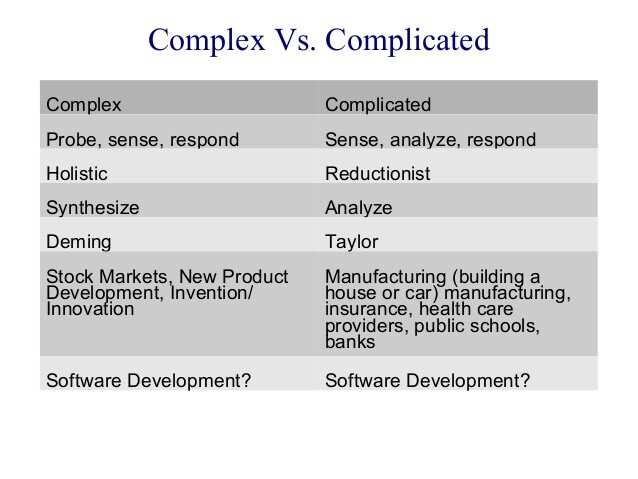 Also the important difference between complex and complicated. Systems in general can be categorized as either ordered, complicated or complex. Ordered systems are usually man-made and not commonly encountered in the world. Most things tend to be complex. IOTA and Holochain are two crypto-related undertakings which design to accommodate for and efficiently organize around complex adaptive systems.

Yet, given all that, the vast majority of people seem to not care at all about anything beyond quick and easy profits. Want to know just what to do in the simplest of terms, be spoon fed ELI5 step-by-step instructions how to get free money and no questions asked, uncritically swallowing everything they're fed no matter how preposterous, ridiculous, unrealistic or absurd. Understandably, it can get overwhelming, it is highly experimental, multi-disciplinary and unlike anything known before - but once grasping what is technically possible, I don't understand how doesn't someone want to learn more, as much as possible and gradually learn to think in those concepts and ontologies.