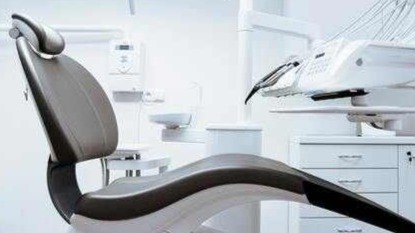 Streamer Gaming Chair Review. Working from home is a growing trend globally, with wholesome and exciting careers as social media managers, e-book writers, and OnlyFans models. Despite the admiration for these jobs, some remote work can be humiliating and dangerous. The hours can be grueling, with some experts concerned for more people to be aware of the risks. One organization is finally taking a stand for these people who struggle, withstanding the most: Video Game Streamers.

But an innovative company has set out to change that struggle. Saying their new product will transform the working lives of video game streamers on par with the United States labor rights movement or Moses leading the Jews out of Egypt. The CEO of ChairTronics, Miguel Cadeira, had this to say about the soon to be released “Life Support Gaming Chair” model:

“For too long, gaming chairs have offered very little functionality to the needs of game streamers. And why would they? You could take a cheap office chair, draw some racing stripes on it, and charge 1200% extra to gamers in the golden days of gaming chairs. For the past ten years, sales of EA Star Wars games have shown that gamers only care about trademarks and titles - not quality. But the chair market is stagnating as more displaced workers are playing video games for work rather than enjoyment. The current chairs on the market aren’t giving them what they need. This growing new workforce desires something that better suits their unique challenges. We see an opportunity to help change the lives of the growing number of investors in our company. And possibly make game streaming a better place beyond neck pillows, lumbar support, and built-in urine reservoirs.”

The new Life Support Game Streaming Chair is the first “Stream Aware” chair, says the founder. All of the chair’s features can interact with the streams on the most popular streaming sites, such as Twitch, Youtube, and PornHub. The chair has built-in health monitoring systems to share health metrics live with their viewers, which adds depth, like letting viewers see when a streamer is getting scared in a spooky game. We also think it helps calm viewers’ nerves when they know their favorite streamer still has a pulse, and they’re only taking a nap side quest instead of game over. Their research shows it saves gamers from accidentally donating their hard-earned money to someone who couldn’t make it through a 48-hour 201% speedrun marathon of E.T. the Extra-Terrestrial.

Miguel says they’re working on additional features to make the health monitoring more interactive. One idea they’ve played with is letting users control the flow of IV fluids to streamers, so they don’t have to waste time managing their health during epic boss battles. Freeing them to focus on pwning newbs in Fortnite instead of worrying about insulin levels. The feature still needs further testing after trolls knocked a test streamer unconscious when they figured out how to attack the insulin release minigame with bots. Once those and other features roll out, they predict the chair will become the third-largest self-medicating solution in the United States, behind the Cannabis and Alcohol manufacturers. The chair only comes with one insulin bag, but additional booster packs can be purchased or unlocked by acquiring loot boxes while streaming.

We hoped to reach out and get some direct feedback from one of the beta testing streamers, but they were all too busy flossing for donations to comment. We were able to hear more from the mother of one tester, Zacc, and got her thoughts on the new chair:

“The chair has changed my boy’s life,” she shouted. “I was always so worried bout him playing the vidya games for hours on end. But now I get e-mail updates that he’s still alive directly from the chair. We didn’t let him out much as a kid. We were afraid he would start using drugs or joining a gang running around on the streets by himself. Thankfully he stayed inside to watch his favorite streamers. I think it was PokiPie. Yea, that’s the big streamer he likes! Buys all kinds of merchandise to show their support and loves to show how loyal they are. They go raiding other streamers as well or something. You know all the kids like to play fighting games these days. I’m sure it’s all for fun, and there’s no drama at all.”

Zacc’s mother took a long drag of her CBD infused Chocolate-Chip Cookie Dough vape pen and stared off into the distance before the interview crew felt uncomfortable and left.

ChairTronics says the chair will be available in bumblebee yellow, crimson red, and Mountain Dew green on release. The Mountain Dew green promotional unit also comes with a legendary controller that matches the lime green chair and has cheesy Dorito chip crust pre-packed into the crevices. Salt & Vinagre is also available for a limited time.

With the option for streamers to finance their purchase through garnished stream donations for the first year, ChairTronics is excited about the future of the gaming chair market. Given the financial industry, analysts forecast a bleak future for anyone who has aspirations outside of sitting at home playing video games.