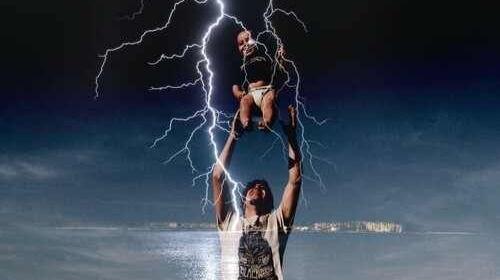 Baby Taser Review. Are you tired of waking up at 3 AM because of the frantic cries of your lovely newborn? Exhausted by pretending that you don’t mind the constant weeping of your beautiful baby twins on that long road trip from Houston to Albuquerque? Fed up with the tough search for a miraculous answer to pacify the unbearable wailing of your angelical children? You don’t have to hide alone in your car to cry because of your miserable existence anymore! The brand-new Baby-Taser has arrived to help parents in need. Fixing your sleep schedule, and possibly save your marriage.

The Baby Taser doesn’t work as a weapon, but as a tool that assists parents in soothing their children when they unexpectedly start bawling in the most inopportune situations; such as during a long flight, in the middle of your favorite movie, or when your spouse finally wants to get laid. This marvelous product is specifically designed to disrupt the incipient muscle functions of your children in different levels adapted to an infant’s body, meaning it could just calm them down for a while or immediately get them into a gentle sleep. Both using a moderate amount of electric shocks with the same care as a light slap in the face, and without causing any significant physical harm to your baby. Ironically, some inquisitive parents have also discovered that the Baby-Taser can also be set up to quickly wake your toddlers up if you want to spend some quality time with them!

This product has been designed, developed, and distributed by SoftWeaponry TM. Todd N. Truman, the CEO of the company and the genius behind the Baby Taser, took a little time away from his multiple demonstrations and congratulation ceremonies to tell us a little bit about what inspired him to develop this life-changing product: “Well, we were actually working on a special electroshock weapon for aggressive dogs, you know. Back in those days, I used to sleep at my office because my newborn twins used to wake me and my wife up constantly in the middle of the night. One day, after a long meeting we all agreed it would’ve been really cruel to do such a thing to a poor dog, even if it’s out of control. I didn’t know what to do, and at that point, we already spent a lot of money and resources on the product. But that same day, my wife called me while I was clearing my desk for a nap to tell me she was pregnant again. I took one of our prototypes, aimed it to my head and tried to kill myself. Instead of ending my agony, it got me shocked into the sweetest of dreams until my secretary woke me up the next morning, I already had the concept in my head: A Taser for my bab… for babies, in general!”

The attractiveness of the Baby Taser goes beyond its simplicity and its effectiveness: It has many pleasing features. The Baby Taser comes in many different presentations such as the classic stun gun and the simple and elegant baton with cartoon prints. There are some more friendly designs with the shape of your children’s favorite characters like Spongebob, Mickey Mouse or Bob Dylan. If it wasn’t enough, the SoftWeaponry team recently launched a new Elmo-shaped Baby Taser that can be left in your child’s cradle to accompany your baby, sing some lullabies overnight and if your child wakes up for any reason, this sophisticated Baby-Taser will carefully shock them back to sleep while it plays Rock-a-bye Baby.

The acceptance rate of the Baby Taser has been impressively high since its first batch launch. William Silverstone, a single father whose wife passed away one year ago, gave us some feedback about it: “It’s awesome. I mean, I can’t talk for my baby girl but, you know. They fall asleep, how bad can it be? I don’t have to pay for a daycare anymore, I wake up, have my coffee, Baby-Tase my little girl, put her in my suitcase and go to work!”. The numbers are crazy! Stores are selling out of their stock within 72 hours of receiving a shipment. Babysitters are so pleased with this invention that some of them are not charging for their services anymore. They’re are doing it for fun. Studies show that the principal buyers of the Baby Taser are daycare centers, nanny agencies, and single mothers. Many who have also requested SoftWeaponry for products with a longer range and more cadence.

Despite its many advantages and how much it has improved the lives of many, the Baby Taser has naturally received some criticism. When they heard about it, the UN began a study of the product which resulted in a harsh denouncement of the manufacturers for the inhuman, cruel and excessive use of plastic in the fabrication of the product.

The Baby Taser development team is currently working to deliver a new environmental-friendly line. Also, the PR department of SoftWeaponry has stated that they are constantly receiving letters with complaints asking why they took so long to invent the Baby Taser.

Verdict: Don’t judge the brand-new Baby Taser before trying it. This product is so durable that you can use it for years even into your child’s teens, and even electroshock your unemployed 27-year-old baby from the house once you get tired of them. Don’t miss this chance to be part of a better parenting experience!