Time is relative! Bitcoin too! 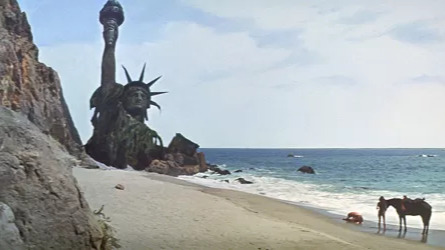 Time is relative! Bitcoin too!

The sixties, of the twentieth century, are especially special in literature and cinema as they reflect two distinct but intertwined situations: the technological future of humanity and the massive destruction of humanity by technology.

Few works, however, had the fortitude to join the two visions like "The Planet of the Apes", a 1963 book by Pierre Boulle.

In the book, based on future tense, a couple finds, on a space trip, a logbook of what would be the last human in the universe.

The story works with the relation of the theory of relativity regarding the travel at the speed of light: if a spacecraft traveled at the speed of light, for 1 day, by the ship's internal clock, and returned to the starting point, for it, internally, a day would have passed, but for the observer on earth, it could have been months, or even years, depending on how far the ship traveled.

This difference, called time dilation, is used so that the astronaut who wrote the message had left the earth, gone to a similar palette, fallen in love, discovered that this second planet had evolved the apes into thinking beings. On the return to Earth, however, 750 years had passed and had been dominated by the apes.

In the end, and only at the end, the couple who read the diary are also simio and think that the story is, in itself, fanciful, because humans are animals not aware of their reality and that the diary would be a joke.

In the 1968 film, with Helston largely acting, based on the book, almost the same thing happens: the protagonist goes into space, with two companions, to test a spaceship that traveled at the speed of light, for two years. On their return, by emergency, they come out of hibernation and fall on the planet. Discover a whole strange situation on this planet that would be ruled by simios and chipamzes. The film was a success comparable to 2001, a space odyssey by Stanley Kubrick of 1965. Its characterizations and makeup changed the way cinema understood, going forward, sets and costumes.

In the end, after many discoveries and adventures, the protagonist comes face to face with the statue of liberty - which shocked viewers of the time and generated another milestone in the film industry: the warning of how technology was about to change fate of humanity. The final sentence is epic: "They finally did it!".

By bringing together cinematic fiction, theory of relativity and fear of total annihilation, Boulle, one of the screenwriters, conveys the message of how the unbridled use of technology, without scruples and for total power, could condemn, in the future, the evolution of humanity as a being. dominant of the planet.

Looking back over the last 20 years of history, the message given back in 1968 turns out to be more like prophecy.

The internet, in 1992, is the result of the military fear of the 70s and 80s of the 20th century, of a large-scale nuclear attack and of how to keep military communications decentralized to maintain the organization of troops and post-attack logistics. ARPA networks, ancestors of the internet, are part of this logic.

From 2001, with the concentration of information by Google, the forms of information flow pass through commercial characteristics, ending up launching the grandfather of social networks: orkut.

Still tied to computers, from 2004 onwards, telephone companies launched the WAP network, light internet, for mobile access through the mobile network - with higher speed than the standard structured one.

As a result, optical fiber is cheaper, better technologies, such as plastic fiber, allow for a lower technical installation condition, allowing the arrival of greater speed to the citizen's home.

With the advent of smartphones, starting in 2008 and the GSM network, grandfather, of 3G 3 4G, all the computing power passes to the citizen. Information becomes popular, as well as virtual access to everything, including new social networks, including Facebook, and specific messengers that are better than ICQ: whatsapp and telegram.

With the substantial increase in e-commerce, so do the scams and kidnappings of currency, making the network an unsafe path for large-scale money transfers.

In this context bitcoin and the context of accessible commercial encrypted transactions are born - at that time cryptography required super giant computers to decrypt simple messages.

Bitcoin, a few years later, growing, becomes the atomic bomb that changes the entire scenario of the financial market and delivers to citizens something more than information in the palm of their hand: it delivers the possibility of financial freedom based on the citizens themselves, without an intermediary .

Today, when talking about bitcoin, Ethereum and similar things, most people don't understand how much the atomic bomb that was bitcoin had the same effect as at the end of the movie: "Anyway, they did it!".

For the critics of the cryptosystem, the crypto-investors would be the apes and the chipmunks, dominating a territory dominated by human superiors.

On the theory of relativity, the traditional financial market is still lagging behind in terms of trading mechanisms than the cryptocurrency system.

But it is worth remembering that, just like in the movie, there are human writings that warn the apes of how not to act to prevent the mistakes of the past. and reminds the apes that the humans of yore are as dangerous in their time as when man ruled the planet.

In the cryptomarket, many disregard the warnings and accumulated experience of the traditional financial market. This behavior generally discredits the system as a whole.

As in the movie, there could only be, in the end, coexistence in mutual understanding and in the exchange of experiences.

For bitcoin, it remains to be seen whether the change, which we will only see in the history books in decades, will be for better or for worse. Nowadays, although undervalued, bitcoin is a glimmer of hope for a change in thinking in the monetary system and for a better understanding that individual microeconomies can indeed make a difference - in one way or another - in the global process.

The world shrinks in size through the internet, the world financial market became sharper with cryptocurrencies and earning greater than the daily sweat of work became more real through the icon that became bitcoin. 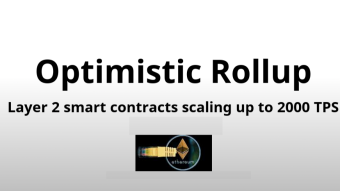