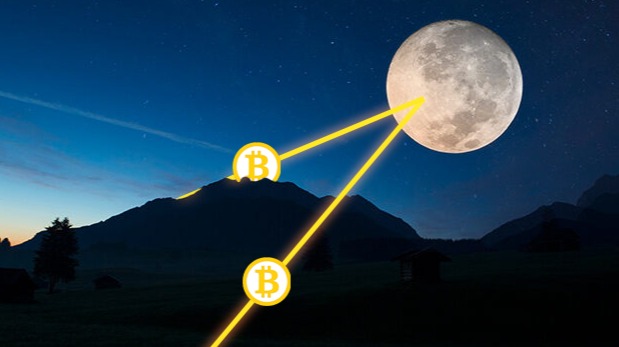 As baffling as this news story sounds, it actually happened. A group of bitcoin holders, developers and amateur radio enthusiasts from Brazil carried out the weird experiment on the 24th of April. I won't go into much detail as to how they did it, I'll just mention the most important bits. They sent a BTC transaction through radio waves towards the Moon and it bounced back off the Moon to a second group located 600KM away from them, where they turned the code back into binary and confirmed the transaction.

In essence this could have been done in a much simpler manner but due to their interest they experimented a bit and wound up succeeding in this quirky test of physics while also incorporating crypto into the mix. The technique is known in amateur radio as E.M.E (Earth – Moon – Earth) or “Moon Bounce”. Part of the success is attributed to the timing, the date chosen was one of only 2 days a year when the Moon is closer to Earth.

This is also not their first experiment, or their last as they are prepping to make a payment (invoice) from the Lightning Network in the state of Minas Gerais to the Amazon region, this time using amateur radio satellites in orbit to transmit the signal in digital mode, thus obtaining a transmission that is fast and accurate unlike their Moon attempt which was somewhat uncontrollable and "risky"

I've honestly got nothing else to say about this but it was definitely a fun thing to share! Hope you liked it!

Honeygain - https://r.honeygain.me/LUKA1B8CF9 - Get money by sharing your unused interne