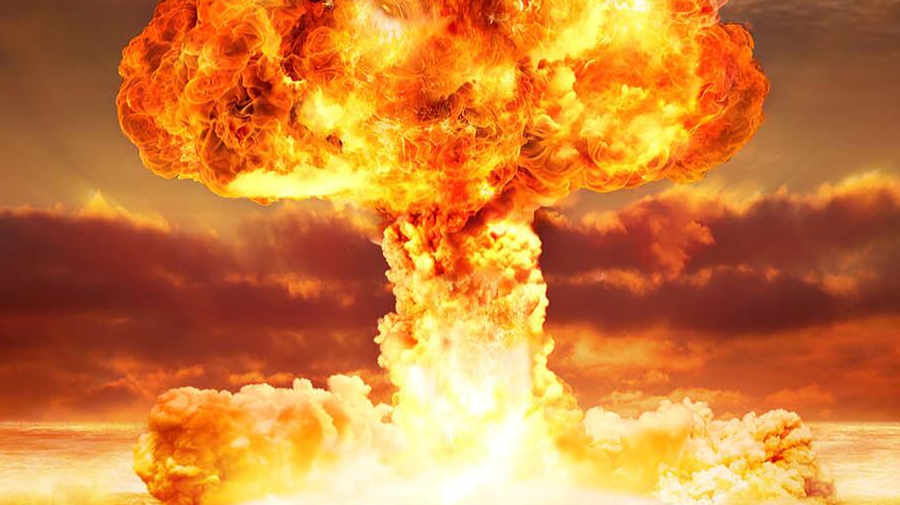 Tactics for Newbies: It's not all about the money

Trading on the Margins

You remember the story…

Once upon a time there was a strange little guy. He wasn’t very valuable and nobody understood him or took him seriously and yet he endured and his name started to cause some ripples in the financial world. People began to find out more about him and then suddenly…

Almost overnight his value went mad and suddenly nobody was ignoring him anymore and in fact many were envious that they hadn’t got to know him sooner. A few people had got to know him from the beginning and now they were laughing all the way to the bank – literally!

His name is BitCoin.

If you had invested just $100 on day one and sold your entire portfolio at the peak you would have walked away with $1,978,300.

The moral of the story is that the key to building a strong crypto portfolio is that it is all about QUANTITY. It’s not all about money – even if generating wealth is the ultimate objective.

In my previous post, Tactics for Newbies: Milking the Cow I suggested designating a non-fiat currency as a holding account. Personally, because I use Coinbase, I have opted for my TEZOs wallet to take advantage of the staking rewards. A stablecoin could also be an option, but it will be harder to leverage growth because essentially only the investing fund with fluctuate (see more below).

Remember the long term aim is to increase the QUANTITY of TEZOs and not make a quick profit, while not tying up my working capital. Remember Staking requires the holding of funds in the TEZOs account, which paralyses any funds. So how can I grow my holding account while keeping my working capital active?

Simple – there are four basic models, illustrated below, for increasing your holdings and you can even grow your number of TEZOs by leveraging a falling market and what is more you can start with micro quantities. 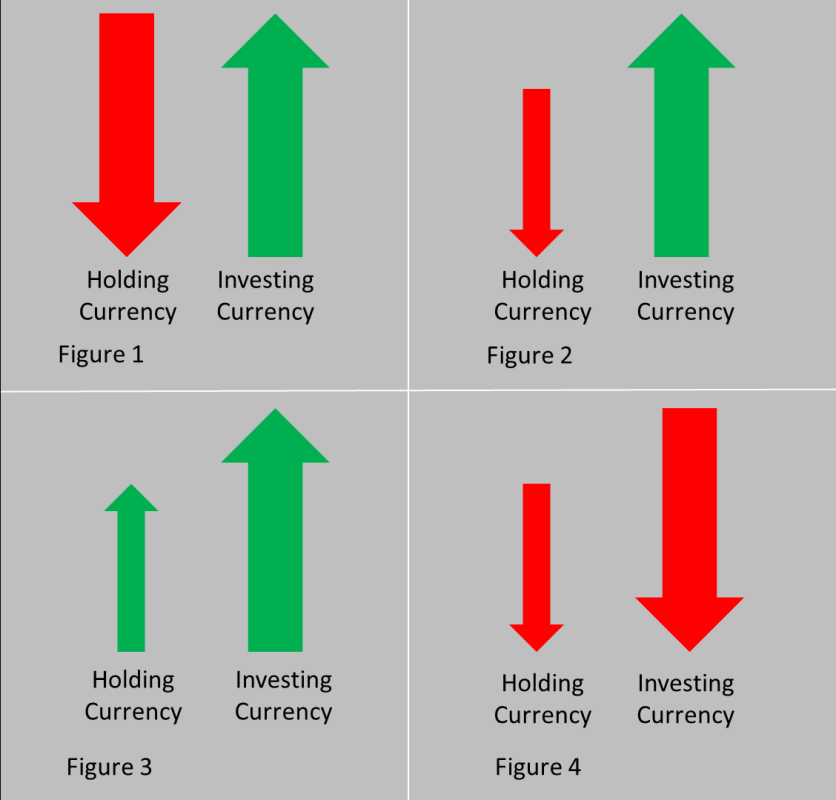 Figure 1 is the ideal model when the Holding Currency price (TEZOs for me) is falling rapidly, while the Investing Currency is rising rapidly. Like two trains passing each other on the railway tracks the momentum is the combined speed of the two trains going in the opposite direction. Two trains, each travelling at 100 kph have a combined momentum of 200 kph.

Figure 2 is essentially the same as Figure one but with a slower descent of the holding currency.

Figure 3 describes a situation when both Currencies are growing, but the Investing Currency is growing faster. In this case, growth is created by leveraging the difference in growth between the two currencies.

Figure 4 is more or less the opposite to Figure 3 and yet it yields similar results When both currencies are falling, but the Investing Currency is falling faster, growth is leveraged once again from the difference between the movements of the currencies.

Real Example :) and even I couldn’t believe how well this worked out (although I have rounded the figures). 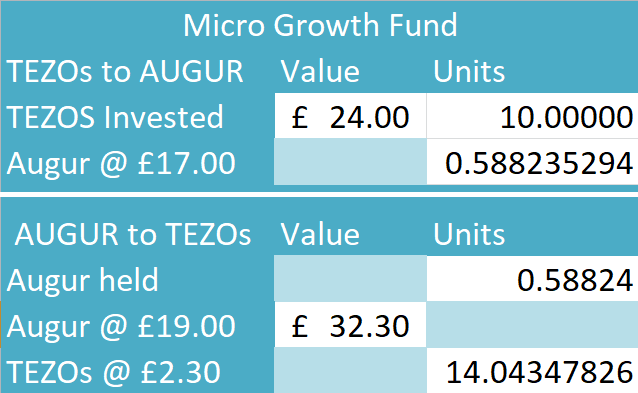 Of course I made a straight line profit of £12.30 but more importantly I increased my number of TEZOs by 40%.

To be honest I wished I had my put main working capital here at the time, but I didn’t as it was tied up in other crypto-currenciess, but at least I was able to utilise my holding fund.

My plan for my next micro cycle is to invest equivalent of 12 TEZOs so both my holding fund has grown (12 TEZOs) and my micro investment fund (plus 2 TEZOs – staking all the time).

The real benefits of this will be felt if / when the TEZOs price hits the expected $5.00/£4.00 and goes on from there.

Trading on the margins like this is ultimately worthwhile to improve the QUANTITY of crypto held, but is time intensive. It leverages the Holding Currency potentially more than staking (while growing the staking fund at the same time) while creating steady growth. It is an ideal method to use if using your computer anyway, as you can just keep checking back and forth between windows as you work or play.

As with everything in this series it should be considered only as part of a wider crypto strategy.