A response to the article: "Staking - centralization risk"

A response to the article: "Staking - centralization risk"

This is a response to the article "Staking - centralization risk".

The Steem situation is a shitstorm. I'm not going to debate that much, besides the fact that I want to point out that:

To draw the conclusion that Staking results in an automatic and definite higher risk of centralization is not a realistic conclusion.

Let's look at the exchanges that stake your coins and compare them to miningpools in PoW. If we look at the BTC hashrate distribution we see that 4 entities control 55% of all hashingpower:

We see that Bitmain operates both Antpool and BTC.com, which are combined good for 21.9% of BTC hashing power. So in reality there are 3 parties that control over 55% of all BTC hashingpower. Centralized much?

If we compare numbers, and take Tezos for example, we see that the 3 biggest (and only relevant) exchanges in the staking-game, take (combined) barely 20% of all stake. 5% of that are bonds and 15% are delegated coins, free to move at any time. That is way less than the 55% of hashingrate that the 3 biggest pooloperators in BTC take.

To counter the argument that miningpools take up a decentralizing position in hashingrates would be that people can leave the miningpools and move over to smaller pools to improve decentralization. However, the same can be said for people who hold PoS coins on exchanges. They can withdraw their coins and move them towards smaller exchanges. So the argument for people to actively take action to equalize the rate of influence on the network, can be made for both hashrate distribution in PoW chains, and stake-share in PoS chains.

This centralization risk in PoS chains is actually less likely than in PoW chains:

Is exchange staking a high risk for centralization? Theoretically it sounds feasible, but reality the answer is no. At least not more than hashingrate distribution in PoW. And if we would answer the question positively, then BTC is one of the most centralized chains in this space. 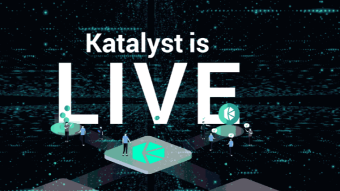 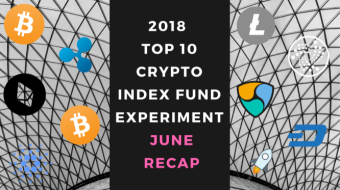