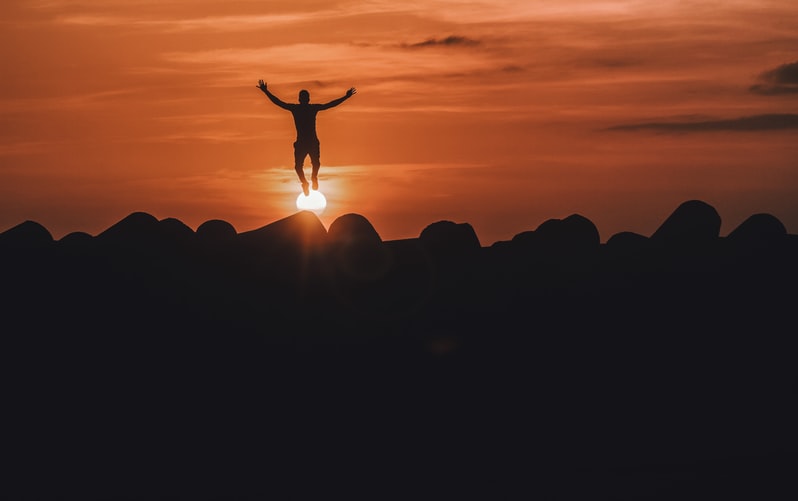 I want to let you in on a secret today, based on the ancient Sanskrit text on yoga called Bhagavad Gita. The word yoga is a Sanskrit term meaning “to link up” or to unite in union. Most westerners are aware of the term yoga, but having not studied the original texts, may still be under the impression that yoga is a physical gymnastic activity to facilitate good health. This is a naive understanding of yoga and so let’s look at the actual yoga text to find out what it’s really all about.

The Bhagavad Gita is said by some yogis to be about 5000 years old, although non-yogi western academic scholars will speculate that it cannot be that old. In the nineteenth century, when Britannia ruled the waves and had a global Empire including India, they thought themselves to be the superior culture and apex of civilization on the planet. Most nationalists think the same way and conclude, like a frog in a well, that their zone is the better one, despite having not yet even glimpsed the vast ocean outside of their little well. Britain may have had the more technologically advanced ocean vessels, weaponry and combustion engines of the day, but their civilization is fairly recent compared to the far older Vedic culture of ancient India.

So on coming to the Raj, Britain saw them as less advanced due to the simpler agrarian lifestyle. Therefore they took the Sanskrit texts to be no more than myth and legend, dating back one or two thousand years. The comparison between cultures indicates the different levels by which civilization was measured. The west was materially driven while India was spiritually driven, or focused more on the consciousness of the individual and their journey through life and into the afterlife.

With such differing priorities, the west appears quite shallow with very little understanding of the mind, consciousness and the potential of the human form of life. Also the west would never conclude that a culture could be so much older than theirs and with such prolific literature, what to speak of metaphysical concepts of which they had no clue. As a result, when the Vedas were eventually translated bit by bit, the concepts therein were over the heads of the English, since some of the Sanskrit terminology had no English equivalent. You are talking about terms and words that describe multiple layers of conscious states and the techniques with which to attain them.

This is where the science of yoga comes into play. Today still, most westerners come from a mundane and materially educated background, where mechanical engineering is specialized, while relatively little consciousness engineering is known of. The Vedic references to yoga, on the other hand, clearly show techniques by which one can obtain from the body and mind certain states of awakening or elevated consciousness of which the west is still in the dark.

As western medicine advanced in recent years, particularly in the fields of neurobiology, they were able to come across insights that alluded to the same concepts mentioned in the yoga texts thousands of years ago already. Still, the general layperson may come across yoga, perhaps in a magazine or at the gym, and take to it as an exercise routine to enhance physical abilities and bodily health. This may be one of the by-products of the yoga practice, but it is the most basic and introductory. Real yoga provides the ability to attain something much greater, namely the perfection of consciousness.

When doctors were still experimenting and learning in previous centuries about the physical body, they came across parts that they did not know much about, and so concluded that they were unimportant, like the appendix, or the Pineal gland. Now with time and progress, science has found out more about the Pineal gland and it’s uses in secreting certain hormones like melatonin and even DMT, as well as acting like an electro-magnet, crystal and radar.

These are recent discoveries, but the ancient Sanskrit texts on yoga have alluded to these parts of the brain in their yoga references from the start, from the dawn of time. For example, Bhagavad Gita has several chapters on different types of yoga, according to time in history or personality type. But the ultimate goal of yoga was and is “union” as mentioned at the start. In chapter six there are some verses on yoga that state:

“To practice yoga, one should go to a secluded place and should lay kuśa grass on the ground and then cover it with a deerskin and a soft cloth. The seat should be neither too high nor too low and should be situated in a sacred place. The yogī should then sit on it very firmly and practice yoga to purify the heart by controlling his mind, senses and activities and fixing the mind on one point. One should hold one’s body, neck and head erect in a straight line and stare steadily at the tip of the nose. Thus, with an unagitated, subdued mind, devoid of fear, completely free from sex life, one should meditate upon Me within the heart and make Me the ultimate goal of life.”

Bhagavad Gita as it is Ch6: 11-14 translated by Swami A. C. Bhaktivedanta

These lines of instruction are just some of many but they are a good example of what yoga is really about and how it is practised. The primary point here is that yoga is a technique to unite or link up the soul (“jivatama”) and the supersoul (“paramatma”), or the living being and the eternal supreme being, for want of a better term. The Sanskrit texts describe the existence within all of us, of both, and yoga is the means to connect them.

Note the instruction to go to a secluded place to practice. Secondly, notice in the translation the instruction to control the mind and senses, give up fear and give up sex. That means a real yogi, who is seriously interested in the goal of yoga, namely union with the source, will voluntarily move away from the material pursuits, the animalistic propensities of life which are eating, sleeping, mating and defending. That is a real yogi, not a gym instructor in the city in between work schedules.

The instruction to “fix the mind on one point” and to “stare steadily at the tip of the nose” are mechanical techniques, along with posture and breath control, by which one can enter into a meditative state and attain awakened consciousness. You may have come across the picture of the squinting yogi meditating on his or her nose, but what is this really alluding to?

Such “navel-gazing” may appear foolish to the uninformed observer but what the yogi is doing is directing the attention inwards. That is how you control the mind and tap into the power of self-realization. Now it’s not the nose or the navel upon which the yogi is meditating. Rather it’s a technique of mechanically bringing the eyeballs into a squint at the tip of the nose, is a way to not only exclude material distraction, but also to focus on the third eye chakra, the meridian or accupuncture point between the eyebrows.

It is here just behind the eyes, in the brain, that we have the Pineal and the Pituitary glands. And that, as Descartes intuited or perhaps read, in the seat of the soul. What the yogi is really doing, is operating his or her computer via the mouse. S/he is programming the brain computer via the attention and the will. By focusing on the Pineal and Pituitary, the top endocrine glands of the physical vehicle, one can activate, with prolonged practice, the ability to release certain hormones. And when these hormones are released, from the Pineal to the Pituitary, union occurs.

This is the link up, the union that yoga is alluding to, from a mechanical and biological point of view. But on the subtle platform of consciousness, the yogi is able to experience full awakening of mental and even supernatural potentials, to the degree that even ageing is slowed down or reversed, and enlightened states of being are experienced. This is the goal of yoga – what some might call God-consciousness, union with the divine, Krishna consciousness, or self-realization.

I don’t claim to be an expert and am merely sharing what I have heard from others as well as my own personal realizations, based on the yoga texts. It is all there. And it is all within too. The real perfection of life is an internal process of accessing the powers of your own consciousness. Any attempt by the modern world to harness the external material energy via science and engineering is a secondary and in fact poor substitute for real progress, real value and real human life. So take a look at your perspective of reality. What do you think are the best treasures to be attained on earth? You might be like the frog who thinks he has mastered his well and is benefiting more than others, while totally missing the ocean that is beyond his or her level of knowledge.