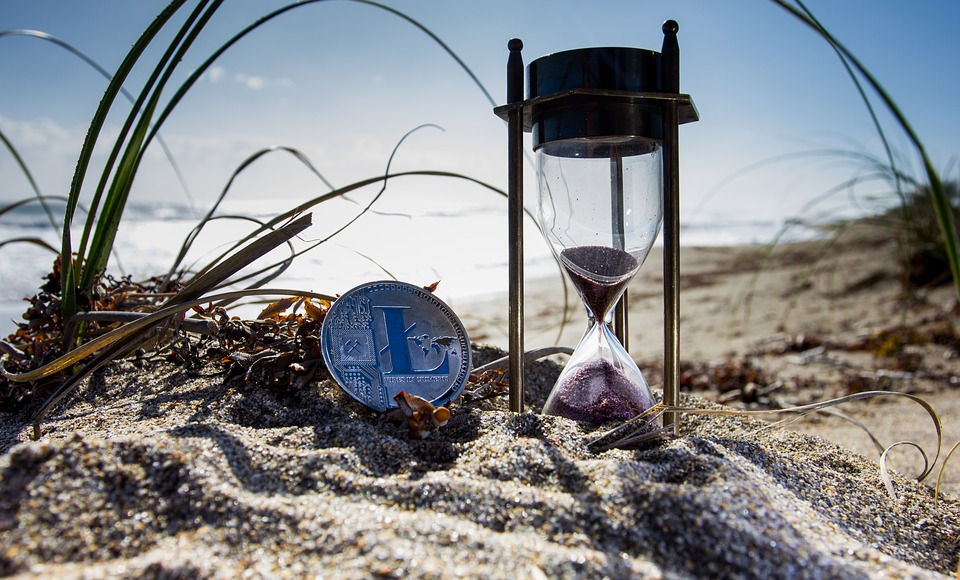 The Litecoin halving that has been anticipated for months has come and gone. The next one will be in 1455 days, or around August 2023. This is a built in event that occurs every 840 000 blocks. Price had a nice little pump today to celebrate the event, of over 10%, but then settled back down to the mean just below $100 at the time of writing.

This was so well anticipated that - as happened at the previous Litecoin halving which is already baked into the price action - the pump happened a while ago already, just over six weeks ago, on 22 June. That was the day LTC peaked just below $150. Since then it dropped to $80 and is now back up at close to $100. If we carry on like past history shows, then price should trade sideways for a while before beginning to climb once more.

In total 75% of all LTC, or around 63 million of the 84 million have now been mined. The well known silver to Bitcoin’s gold has come a long way, launched as a fork of Bitcoin itself, back in October 2011 by ex Google employee Charlie Lee. He also worked as Engineering Director at Coinbase, one of the more popular exchanges globally.

The decreased block generation time of only 2.5 minutes, along with the increased maximum number of tokens ever to be mined make it a token useful token, though still a Proof of Work (PoW) coin, mined like Bitcoin. Curiously LTC is more expensive to mine, since it uses not SHA-256, like Bitcoin, but rather Scrypt as a mining algorithm. Other scrypt-based altcoins include Doge (much interlinked with LTC), Bitconnect and some other lesser known tokens.

Mining equipment is more complex and thus pricier at this stage. So how are the miners handling the halving today? Miners will receive half as much reward for mining LTC, which now provides them with 12.5 LTC per block mined. So theoretically price should begin to climb once again soon, due to the new scarcity.

Halvings like this occur in Bitcoin too, the next scheduled for 2020, not long to go now. It is an interesting phenomena, written into the code of the coin. Satoshi Nakamoto, the Bitcoin founder, added it to keep the balance between miners and price, and traders of course. The math is irrefutable. Less coin emerging will increase price if demand stays the same. It’s a fail-safe built into the system every few thousand blocks produced. Long term vision is what has allowed these cryptocurrencies to survive. Litecoin is still in the top five, having just dropped from number four place by market cap, and will probably remain there for some time to come.

All the altcoins are currently falling behind Bitcoin is price growth this year so far. Litecoin did really well until about six weeks ago when it stalled, but I’m bullish on LTC going back into a bull trend, since it closely follows Bitcoin in price action, whether up or down. The recent price gain this week is only 7% compared to Bitcoin’s 22%, so it looks like the king of coins is pulling ahead of the pack, and at this rate the pack may never be able to catch up.

We are all still awaiting the now mythic altcoin season but rumours are starting to circulate that it may have been cancelled. Even though LTC has been designed to be faster than BTC in production and transaction speed, still it languishes in the shadow of its older brother. Will the altcoins ever regain their Bitcoin value? It certainly doesn’t look like it. I have my doubts. So far this year when Bitcoin climbed in price, it left the altcoins behind. And when it fell in price, it tended to drag the altcoins down with it, so it was a no-win situation for the altcoins in general, bar a few exceptions. The hope is that if Bitcoin can trade range bound in a sideways movement for a few weeks, the alts might have a chance to pump higher in BTC value, though it all depends on the BTC price action. And since BTC is mostly just going parabolic nowadays, it looks like the king is dominating the show again.

BTC dominance is at 67,5% according to https://coinpaprika.com/ today, with $209 billion in daily volume, while LTC is way behind at a mere $6 billion. They are worlds apart in this regard, though LTC is in tight competition with Bitcoin Cash, another hard fork of Bitcoin, for fourth place. What does Bitcoin have that none other can compete with? It has first mover advantage, and name popularity perhaps. Other alts are certainly faster, cheaper to transact and some are even more private, but somehow Bitcoin stands head and shoulders above the rest.

This could be a sign of the shape of things to come in the crypto industry, where Ethereum, Litecoin and all the others are left in the dust of the original one and only Bitcoin. It mostly depends on the miners of course, and with Litecoin being pricier to mine, it could hint at why Bitcoin is outperforming it. Many miners of LTC may have to shut down their rigs now with the halving of their rewards...for a while at least. We will have to watch this closely. Less miners means less coins produced and therefore price rises, which may then bring the miners back into the business. So it can all sort itself out in time, we hope.

Beside that though, we need to remember that market sentiment is one of the biggest drivers in crypto too. And once the mining hash rate drops, the mining will go through its own difficulty adjustment and smaller miners will be able to resume operations once again. As a more durable token for actual spending or transacting and moving, LTC is here to stay along with Bitcoin, so bag hodlers need not worry too much. Price will maintain and grow once more as production normalizes on the blockchain.