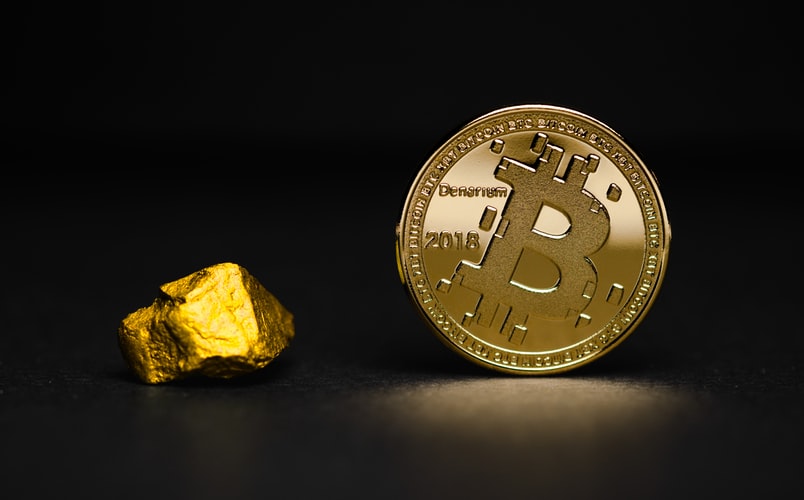 If you’ve watched the latest Gold vs Bitcoin Debate: Anthony Pompliano vs Peter Schiff which aired recently then you would have seen the old Gold Bug himself, well known for his publicity, and opposite him The Pomp our “Bitcoin bug”, in the debate of the season so far.

The overall impression of the just under an hour long close-up, face to face event was of a louder, more New York-like Peter Schiff against a military hair-styled but much softer spoken Pomp. They are both die hard evangelists for their cause, though Pomp is overtly also supportive of gold while Schiff is totally averse to Bitcoin.

Schiff was accurate when he called the Bitcoiners out as almost religious in their devotion to their fledgling cause. Why reinvent the wheel, was a phrase he used, with gold having a 3000 year history to back it, compared to Bitcoin’s ten.

Early on Schiff made it clear he thought that the Bitcoin price had peaked and was never going to see $20k again. He even thought this last pump to $14k was a weaker and completed attempt at the next ATH. He had no idea that this is just the start of the next bull run. We have only been climbing for six months. How can he think this is the end of the bull run, which can go on for a year or two still?

Schiff was adamant throughout the debate that Bitcoin had absolutely no intrinsic use, compared to gold which has numerous uses like engineering, tech, jewellery and even dentistry. It was hard to convince him otherwise. He totally stood his ground throughout the entire debate.

The only time he conceded any positivity toward Bitcoin was at the end when he said he does feel sorry he missed the boat when Bitcoin was $10, as he could have bought then and been a billionaire today. But he refused to use that logic to inspire him to buy now with the insight that price is still set to climb much further.

Pomp even explained to him how at best gold will only climb to around $5000, or say 3-4x but Bitcoin is set to climb 10-100x. Schiff was having none of it. To him the value is completely based on the confidence people have in it that they can sell it later at a profit to someone else. “They are just hodlers.” Schiff certainly knew the terminology. He didn’t know long term Bitcoin price TA though.

Even when Pomp presented the fact that onchain settlements in transactions topped $410 billion in 2018, more than Venmo, PayPal and ApplePay, still Schiff threw the “wash trading” saga at him, calling it spoofing. Got to admit he has a point there. Pomp reckons it’s hard to fake that much volume but researchers have shown that much of it is indeed fake.

Pomp made a good point that just as gold used to be the original layer one store of value but was difficult to transport and so we introduced paper notes as a layer two and then electronic money as layer three, similarly Bitcoin is to be seen as layer one technology which doesn’t need to be scalable for transactions like buying a cup of coffee as there will be other layers that will be built on top of Bitcoin as layer two and three to actually transact with.

One point the two of them both agreed on is that the dollar is a lousy store of value, and that people will turn to the alternatives very quickly when they really see it start to depreciate in the possible coming recession. Pomp really put a strong point across when he noted that since going off the gold standard in the seventies, gold has increased 40x in value but Bitcoin has done that in the last two years alone. We have to admit that gold may be a stable store of value by comparison but it is no match for the potential profit Bitcoin has in it, particularly considering the abilities of the internet to make Bitcoin go viral overnight. We simply can’t compare a 3000 year old commodity to a ten year old one.

The existential philosophical meaning of money was hotly debated here and the conclusion is that money is ultimately just a belief system that only has value if both parties agree on its value. It is based on confidence. The only reason we have confidence in the dollar is because it is backed by a government with a big army to enforce our acceptance thereof. And if they continue to keep printing it into inflation and loss of value, then obviously confidence will be lost in the dollar. And that is what is currently happening.

The debate went on like this and I really recommend you watch it if you’re interested in the philosophical points used to validate both gold and Bitcoin as a commodity of value, from the cryptographic and algorithmic strength of Bitcoin, with its foundation in math and software on one hand to gold with its multiple uses in jewellery, dentistry and electronics on the other.

Schiff really thinks that Bitcoin has maxxed out its appeal and is on the wane, showing his lack of awareness I would say because Bitcoin has only just begun. Blockchain technology is the next level of the digital revolution. Banks and nations are adopting it one by one. Some people are old school and can’t see the potential in the future tech and some are progressives who forget the value of the traditional wisdom sometimes. We need an appreciation of both in my opinion.

Schiff can present the “greater fool theory” in describing buyers and sellers of Bitcoin, but it is the best performing asset of the past decade – by far, and it’s history shows that it rises after each retracement. Pomp really ended well when he humorously quoted Satoshi who once wrote to a colleague in the very early days of trying to explain it for the first time, saying if you don’t get it, I don’t have time to explain it to you. The fact is that it works and the coming months and years will confirm the inherent value of Bitcoin. An excellent debate all round from the titans of their respective fields.

Check it out here  if you get a chance.