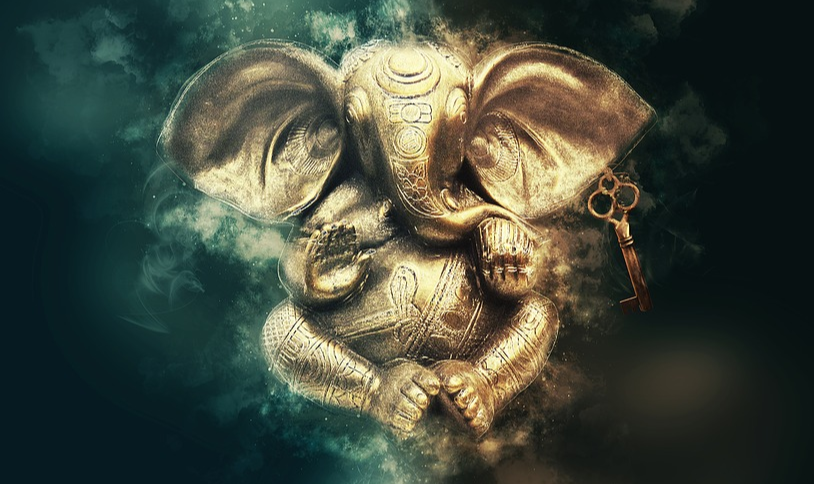 We all have life experience from which we can teach others, based on our particular frame of activity and reference. I spent ten years as a celibate monk in my twenties, not in a western monastery, but in a Vedic yoga ashram, wearing saffron robes with a shaved head. Since it’s a rare and possibly unusual experience, I wanted to share it with you so that you could learn about something you may be less familiar with.

It came perfectly naturally to me to enter this path. I lived a very ordinary life as a child and was at university in my home town of Cape Town, South Africa, when I first made contact with the members of the ashram that I later joined. I didn’t have to travel the world or seek out exotic locations or people to enter this lifestyle. It was right there in front of me.

Few will ever really take up this practice though, so it was an unusual calling, but a calling it was, since on meeting the members of the order, visiting their yoga ashram and studying the texts, I wanted nothing more than to join up. So I left university, home and girlfriend at the age of nineteen to dive into the life of a celibate monk for the next ten years. I felt as if my entire youth had been a preparation leading up to this momentous event. I was a natural. So this is really who I am.

Others came to visit the ashram, enjoyed the philosophy or saw those who practised, but would never think to become one. It is after all, a strict discipline. Some even join the order for a few months or a few years but leave. I stayed for ten years, eventually becoming the head of my ashram, the Cape Town branch of the international school for a while. I lived it. I was it and played the role, set the example for the rest of society. Now that I have left the monastic order itself, I have internalized the path and teachings. The guru is always in the heart of all of us anyway too, so the internal private practice is now more my style, as opposed to the external public role.

The early days of training were strict and tough. We were initially awakened at 3.30am every morning, seven days a week, all year long. This was in order to catch the most auspicious time of day for meditation, namely the 90 minutes before sunrise. And the two hours of meditation involved soft recitation of the mantra repeatedly on the 108 beads or “japa mala”. 16x108 mantras took two hours to complete, and that was our daily morning program. Added to that was another few hours of singing Sanskrit mantras to music, and a class form the Sanskrit texts.

At first, I would struggle so much to stay awake during the mediation session, that I would have to stand up while chanting. The lotus posture was not essential. The mantra recitation was the essence of this type of yoga and meditation practice, so standing up was fine. Standing up and reciting my mantra repeatedly was a technique to focus the mind in a single-pointed way, which led to some amazing insight, intuition and all round improved state of consciousness. But staying awake was hard.

I remember actually literally falling asleep while standing up, and feeling my knees buckle under me as I almost fell over, and this went on throughout the first couple of years of training. I have low blood pressure, so it may be different for different people, according to their nature, but standing wasn’t enough sometimes, and I would have to walk up and down while reciting my mantra, in order to keep awake in the early days.

Have you ever fallen asleep in mid stride? I have, sometimes walking into the wall or buckling at the knees again. It seems absurd but that is really what I went through trying to discipline the mind and develop my capacity to focus. Naturally with time, a few more years, I was eventually able to not only wake up easily, but never even needed an alarm clock. Life became so regulated, which is another secret to success, that I regularly found myself waking up one minute before the alarm clock rang and switching off.

Beside that I reached a point where I could sit through my entire two hours of mantra meditation on the floor, cross legged, without getting up once, or falling asleep. So endurance and determination paid off. Some students were simply unable to wake up every single morning for the meditation before sunrise, at 4am, sincere as they were, so it depends on your constitution. In time though, the practice is transcendental, and able to refine the mind of all and any who apply themselves to the technique with patience and determination. This is what it takes to bring the mind to a real or true state of mediation, according to some schools of thought.

To be honest, any time of day is fine for meditation, but in the early days of monastic training in the ashram, we were taught the best standards, as practised for thousands of years already. So if you want to make progress on the path to enlightenment, then you just need to apply the tried and tested techniques of those who have already walked the path and left the information you need in order to succeed. It’s all available, the rest is up to you.

Also posted in my blog https://steemit.com/consciousness/@julianhorack/bio-of-a-yoga-monk-further-memories-of-my-youth-in-the-art-of-meditation