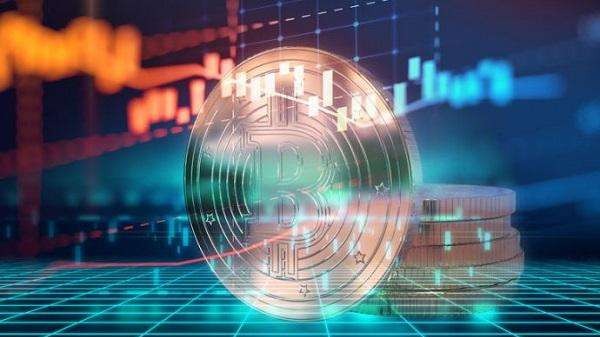 No matter how the future blockchain develops, it will never be possible to bypass the eternally unchanged level of Token. The value of Token originates from the resources consumed by mining rather than the concept of ideology. This is the current status. Miners choose to mine because of the existence of benefits, rather than contributing charity to the circulation of Token.

The distributed existence of nodes allows rights to return to individuals, and each node verifies transactions, and the object is a consistent ledger, so there is no conflict. The existence of a consensus mechanism is to solve the problem of ledger consistency.

The POW is that more work can get more distribution. High-intensity decentralization has given it high security, but its inefficient transaction and the huge amount of energy consumed by mining have always been criticized, and the mining pool will still lead to centralization after it has mastered most of the computing power.

A group of farmers who only have sickle, whoever contributes more, whoever gets more, everyone has the right to participate in meetings and elections, and everyone has the right to speak. However, the efficiency of using only a sickle to work is extremely low, so some farmers began to buy machines to work, but the price of the machines is very expensive, not everyone can afford, so the farmers who have machines at home will get more returns.

PoS is to obtain the right to package the block by staking tokens. During the transaction process, the system rewards the nodes that package and verify the block. The source of the reward is additional or unlock of the token.

Everyone is a farmer with sickles. As a result, someone suddenly bought a machine to work, and the efficiency and income improved. The farmers became rich farmers. Therefore, at the meeting, the rich farmers had a clearer voice than ordinary farmers.

On the basis of POS, a DPOS has appeared, which is similar to the representative system. The token holders are elected as nodes, and then the nodes vote for selection, and then super nodes are generated, and these super nodes are responsible for verification and registration, so that they get rewards. This approach greatly reduces the number of nodes participating in verification and accounting, and improves efficiency and performance again, but in essence, this is inconsistent with the concept of decentralization, and belongs to a small range of centralization. The security coefficient is extremely low.

When it comes to elections, not everyone has the right to vote. Instead, the representatives of each village vote and the individual rights are replaced by small groups.

Such block generation is determined by the storage density of the hard disk space, which physically limits the generation of blocks, guarantees the security of the blocks, and finally allows the entire blockchain to reach consensus.

Some people have developed a new type of crop. Just plant it in the field, and when it rains there, there can grow crops there. The more farmland, the greater the number and probability of crops growing in the field. Everyone is very happy, because the machines are so expensive that ordinary people can't afford them, and now they just have to wait for the rain.

Judging from the development history of mining, as long as the market value of the traditional POW workload proof mechanism reaches a certain level, it will be ASIC. As long as the economic value of Token exists, the ASIC mining machine will always cause waste of resources and environmental pollution.

In this case, the advantages of the POC algorithm are extremely obvious:

Compared with CPU, GPU, and ASIC mining machines, the hard disks used for POC hard disk mining have an average power consumption of only 8 ~ 14W. Lower electricity costs allow miners to earn more, which is one of the reasons why more and more POW miners participate in POC hard disk mining.

Traditional POW miners will have to sell tokens more or less because of electricity bills. In the POC, electricity bills are extremely low and the existence of a mortgage mechanism will allow miners to hold tokens for higher returns, the miners become an ecological builder, which avoids the project failure caused by the early miners who obtained a large number of tokens at a very low cost to sell in bulk.

Currently, there are very few currencies mined based on the POC consensus algorithm. Recently, the more popular Diskcoin has been developing steadily and continuously under the circumstances of a bad environment. This also proves the stubborn vitality of the POC currency from the side. Even though the current POC crypto market is generally underperforming, I still believe that the emergence of POC hard disk mining is to give ordinary people a chance to get rich, and Diskcoin is a good choice!