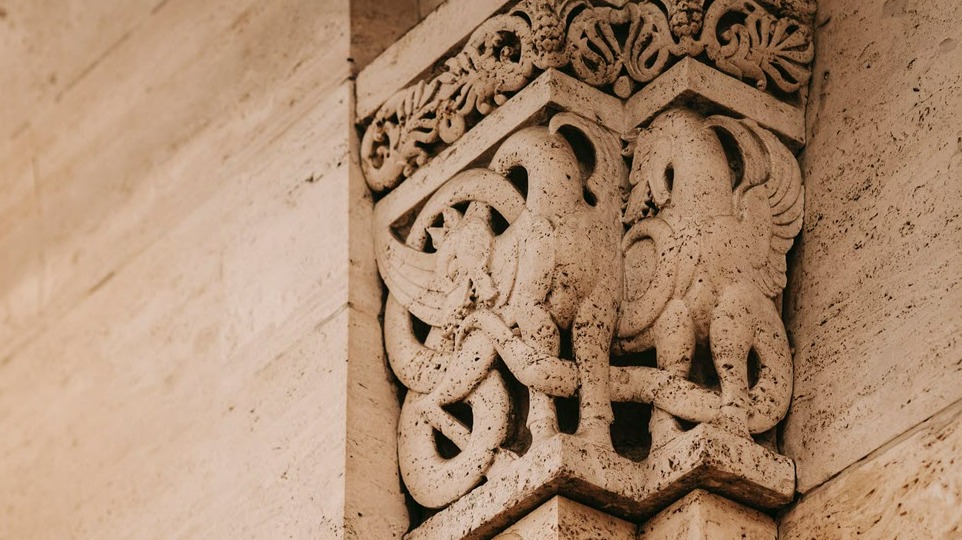 Why Brave blocking AMP is a good thing

Brave recently announced it will be blocking Google AMP servers natively in its browser (which everyone should be using anyway.) Many of my non-technical colleagues asked me, "What does THAT mean and why should I even CARE?"

First, it's good to understand the legacy of web searches, page ranking, and ad revenue. The global digital advertising market is estimated to grow to a $763 Billion industry by 2025. This is not 'chump change' and, after this description, you will be asking the question - "Google. Monopoly ... or SUPER monopoly?"

Speaking of which, let's start in ancient times during the dot-com boom days with the actual Monopoly board game. They published a 'dot-com' edition when it was the new hotness. For a fun project, go find an image of that game (I don't want to use anyone else's images here) and you will find the more expensive properties tend to be search engines of the time : Ask Jeeves (now ask.com) is on Pacific Ave. Alta Vista is on North Carolina Ave. Lycos is on Pennsylvania Ave. [email protected] is on Park Place. Yahoo is on Boardwalk.

The industry had many options for search - Google and Amazon were not even on the game-board.

Fast forward to when Google took majority market share.  Let's say you are a fan of squirrels and want to see what's out there on that topic. The general search layout would look like this :

You can see that Google would make money on selling advertising space. People started to realize that being highly ranked was critical to driving traffic, so whole industries started to grow around doing anything you could to get a higher ranking. Then 'Big Tech' discovered that if they have more information on YOU, they could resell that information to potential advertisers. If you like squirrels, you will probably be in the market for some peanuts.

Thus began the concept of your behavior and your attention as a commodity. They all still sell ad space, but knowing everything about you to sell that to advertisers is where the real money is. Google & Facebook are the biggest names that benefit from this sort of thing and they don't just want as MUCH data as they can - they want to be the ONLY ONE who has it. That way, advertisers have to come to them if they want high quality prospects.

Here is where Google AMP comes in. It is one more piece in the chain that they control. What AMP does is 'cache' huge swaths of the Internet to use themselves. 'Caching' is essentially taking a copy of a site, putting it somewhere else and using THAT instead of the original site. It's especially useful for global sites where you want the London customers to pull from a London machine, but a Los Angeles customer pull from a Los Angeles machine.

They will cache a version of the resulting site on their own machines and you will actually never connect to squirrels.com. They SAY it makes everything perform faster, but there is compelling evidence this is not true and is just another play by Google to control more data. 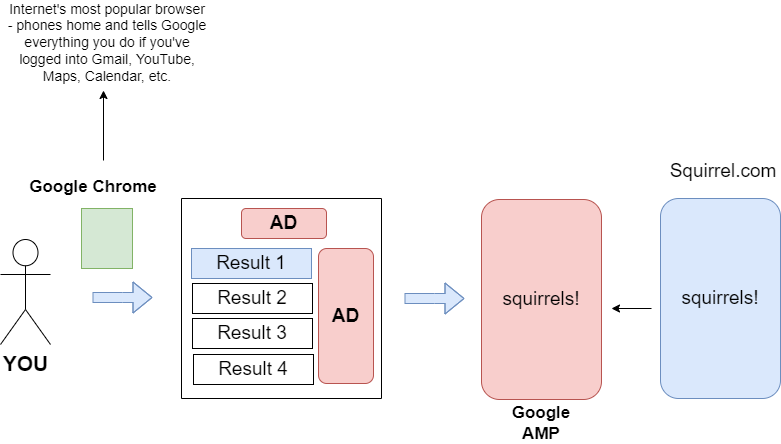 So squirrels.com never gets to initially see who visited, how long you stayed, what you clicked - all the things a business owner wants to know. Google owns your activity history now because they own the machine you are actually speaking with. Also, they have been ranking the search results to THEIR machines higher because they know that we all click what's ranked the highest (and that most aren't going to notice the difference anyway.)

There are many lawsuits in the works over this which Google is fighting vigorously. There was an October 2021 article in the Wall Street Journal that looked at the unredacted documents and saw that Google was charging twice as much as their rivals for each ad transaction.

There you have it. Google continues to use our behavior as a revenue stream and it's creepy and getting worse. It's why everyone should look into privacy preserving browsers like Brave's. Quit feeding the beast, people.

Old-school geek making his way into web3 - one coin at a time.

An old-school geek's thoughts on cyber-security, privacy, and the future of the web - especially this new fangled thing called 'web3'. The Net is part of billions of lives and the evolution of 'Big Tech' is forcing individual users to have to learn how to protect themselves and their information. Your 'identity' is more than just data.