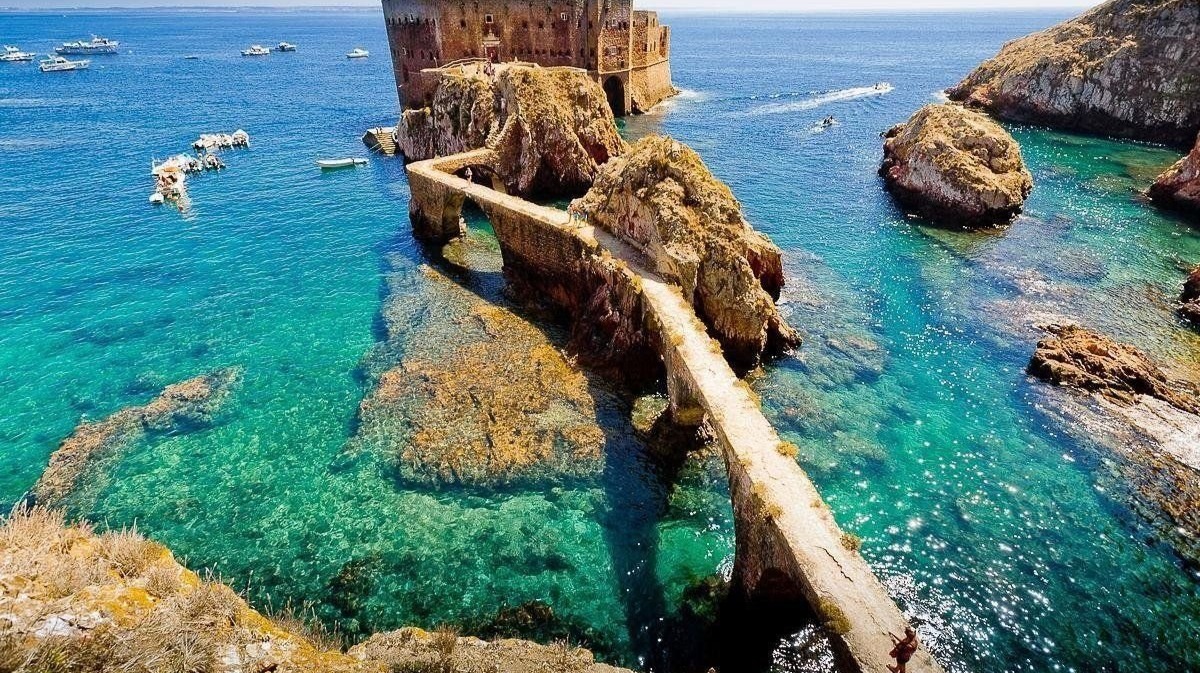 Considered as the westernmost city of the European continent, Peniche is one of the places to visit for those visiting central Portugal.

The city of Peniche but also a set of villages, beaches and islands that have an unusual beauty. The Peniche region isn't very large but has very diverse landscapes with many distinct activities and potential to occupy several days.

The Berlengas archipelago is one of the most extraordinary places in the world. It is an inhospitable place, isolated and therefore well preserved and protected. It has been a nature reserve since 1981 and a UNESCO Biosphere Nature Reserve since 2011.

The magnificent beach of Carreiro do Mosteiro has clear and completely transparent water. It looks like a tropical beach. In addition to the beach there are caves to explore, as well as a magnificent fort and a lighthouse. It is possible to do various activities on the island such as bird watching, diving, canoeing and motor boating. Cabo do Carvoeiro is a place with great landscape and natural value as it has a large amount of limestone cliffs and lapiás fields.

This place is also much appreciated by bird lovers where they can observe several seabirds in flight, or on the adjacent cliffs. The Peniche Fort, built in the 16th century. XVI / XVII for the defense of the coast in crossing with the Praia da Consolação Fort and the fort on Berlengas Island. It was important for the history of Portugal at various times, but it should be noted that its most recent contribution was as a political prison during the Estado Novo, where some of the most important public figures of resistance to the regime were here.