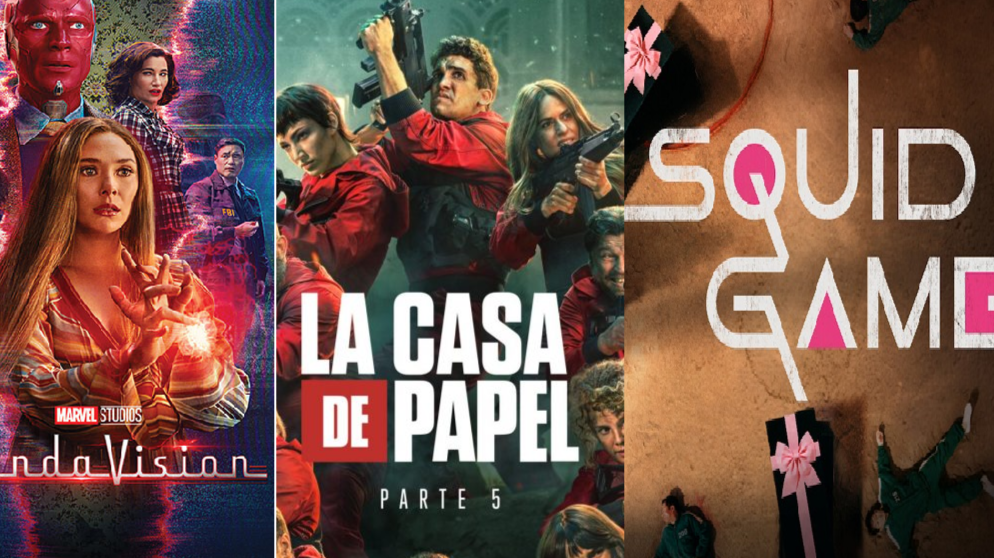 2021 is over and now we look back to remember what this year had the best, because of that i did my top 10 series of 2021 and if you have some other serie that you think it should be here comment below!

The biggest surprise for me this year, the first Portuguese serie on Netflix with great performances and an incredible story. On Rotten Tomatoes with 93% score of the audience deserved for sure!

During Cold War stage where American and Soviet forces fought through dangerous sabotage maneuvers to achieve control of Europe, a small village in Portugal called Ribatejo is linked to them somehow and there starts a "war" of spies.

If you are a Marvel fan this year was amazing and Loki was one of the greatest series that Marvel produce. On Rotten Tomatoes with 91% score of the audience deserved!

I cannot say anything without telling some spoiller so.. im just gonna say that Loki takes place after Endgame.

Another big surprise for me this year,  a South Korean serie that if it was in America people would say that is another MRBeast video. On Rotten Tomatoes with 83% score of the audience its deserved but i would give 90%!

Another Marvel serie with a amazing story and a diferent way of telling a story i would say. On Rotten Tomatoes with 88% well deserved!

Like Loki this is after Endgame and what happen to Wanda.

Lupin is French story about Arsène Lupin a thief but also a gentleman and thats all you should know. On Rotten Tomatoes with 78% score of the audience way less of what i was expecting i would give for sure 95%!

At this moment everyone knows La Casa De Papel a Spanish series that release 5th season that is great! On Rotten the 5th season is with 64% score of the audience but the critics give 89% i would give 82% i know what make people angry but it would be a spoiler... lets just say that this make me remember what Grey's Anatomy did when i like some character.....

A tipical policial serie i would say but its really good! On Rotten is with 94% score of the audience what shows how good it is!

Ted lasso is like FIFA Career you see when you are the coach and the team and with a great story behind. On Rotten the 2th season is with 88% score of the audience.

Another  Marvel series! Like i said Marvel this year really did a good job. What if...? is a series that shows us what would happen if in some important moment of Marvel Universe happen in some other way and explores it very nicely. On Rotten is with 92% score of the audience.

OH shit this was a BIG surprise for me, i don't know if they announce Dexter: New Blood but i just knew when it was released, i don't really see this one because i'm watching the 1st serie of Dexter but based on opinions of my friends i would say that its good. On Rotten is with 89% score of the audience.

A simple guy that writes about everything