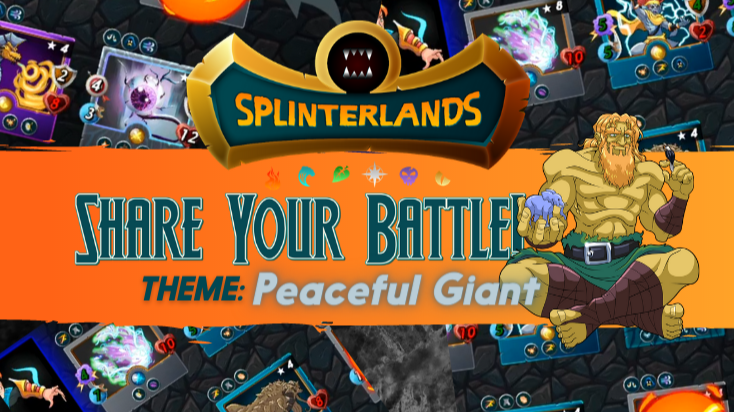 The Peaceful Giant was the first tank in the game that came without any attacking abilities. While Lord Arianthus and then others have followed in his footsteps, the Peaceful Giant still is the only one that not only has no attack but also no other abilities.

This reduces him to a giant wall of meat that will just be sitting there in your battle doing nothing. As might be expected this makes him very niche but his high amount of HP for a relatively low mana cost can still be extremely useful in certain rulesets.

First, let us compare the Peaceful Giant to its alternatives. All of these belong to the Neutral splinter thus being actual alternatives for the Giant you will have to choose from in your battles. 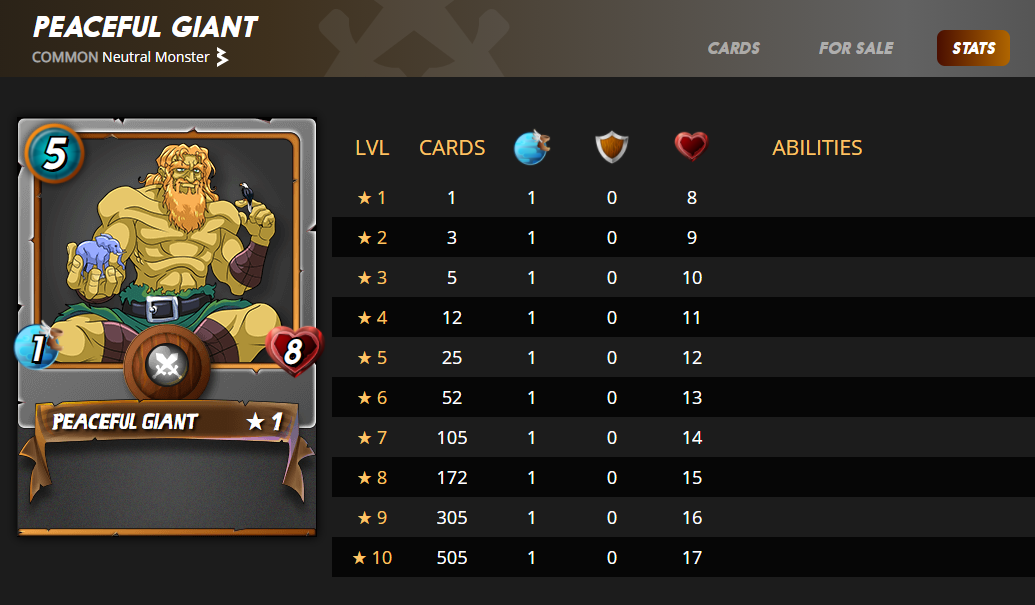 Lord Arianthus and its newer clone Onyx Sentinel both also cost 5 mana. Unlike the Giant they are both stuffed with abilities that will a) shield them and b) return damage to their attackers. This comes at the cost of them having substantially lower max HP (8 for the Sentinel and 9 for Arianthus). 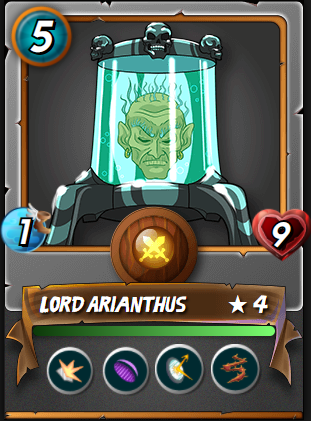 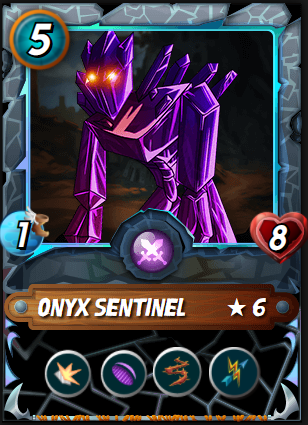 At a higher mana cost of 7, Almo Cambio joins the ranks. With just 1 less max HP than the giant and still having both Magic Reflect AND Return Fire, Almo seems superior to the Giant in most cases and the ideal card for no-melee matches as any card attacking it will be guaranteed to receive counter damage. 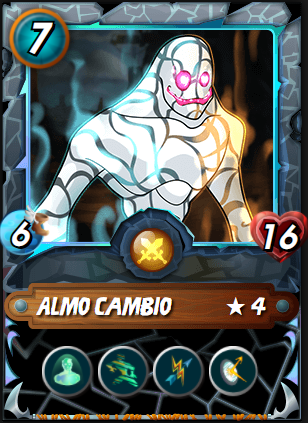 Let us also not forget about the Gelatinous Cube, which at max level comes with 13 HP and Void and is the only one among these monsters that now only can restore health by its Healing ability but also by Scavenge. Good luck, getting past this block of flubber. 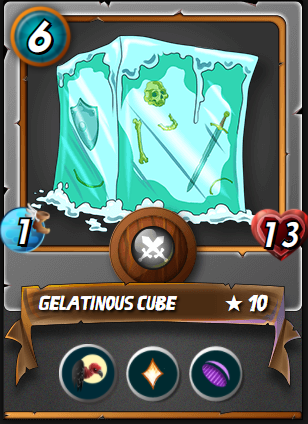 As you can see, the amount of ‘no attack’ monsters has recently increased significantly, even resulting in a special counter ability called ‘Oppress’ that will deal extra damage to these kind of monsters. 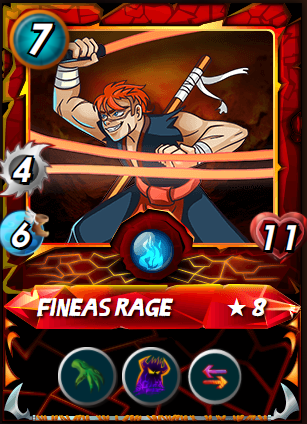 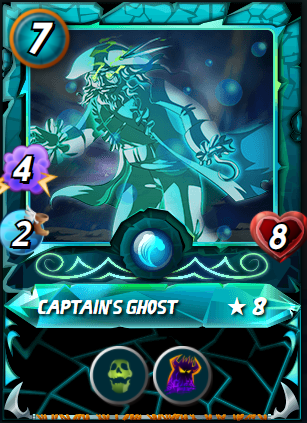 With all these additions to the game, one may ask if there is still any real use for the Peaceful Giant or whether it has become obsolete by a slow but steady power creep. Personally, I think that the Giants role in the meta remains unchanged at the moment. The new cards are more of a competition for Lord Arianthus than for Peaceful Giant, who since his release, only had one ruleset where he really excelled.

Say, what is the smartest way to directly get past your opponent’s armor and at their HP in Splinterlands? Magic attacks! And what is the counter for magic attacks? Magic reflect!

If there is no magic reflect, then there is no downside to using the game’s strongest attack type (magic) and in Monsters Lose All Abilities rulesets, there is no monster with a magic reflect ability.
This fact has made it a very popular strategy to pack your team with a magic buff summoner in this ruleset, staff your back row with as many magic attackers as possible and use the Peaceful Giant as a giant wall of meat in the tank slot that your opponent can not get past while you wipe out their HP with magic. The Peaceful Giant is clearly superior to the other no-attack tanks in this ruleset as he comes with the most HP for the least mana and with no downside as the other tanks would lose the abilities they are stuffed with in this ruleset.

Check out how this strategy plays out in this week’s featured match:

This week, the match was played with my gold card account @kintaro-oe. Note how I added the Kelp Initiate as additional cheap HP buffer for my magic monsters because I didn't have another 2-mana magic monster left to choose from. You will notice that my opponent made the exact same choice for the first two slots.

The match was a close one, but I emerged as the lucky victor with my opponent being unable to attack at the end with a Ranged monster as their last one standing. Told ya, magic was superior!

I already pointed out the Oppress ability that can be a Peaceful Giant killer but there are also some other recent changes to the game that you might want to take into account, when playing this strategy. 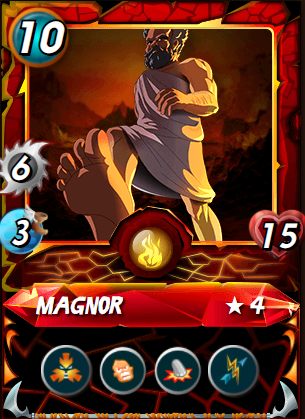 The Peaceful Giant only costs 5 mana and gives 17 HP. This is great and usually a good choice. But depending on your deck and the ruleset, saving mana might not be required, or you simply don’t own a max level giant. Be sure to take other alternatives into consideration as well. For example in an unlimited mana match with the Fire splinter, it might be a good idea to choose Magnor over Giant. Magnor has 2 less HP but compensates that with 6 ATK points. If he manages to only attack your opponent’s HP once that is a net +4 HP delta in the battle. 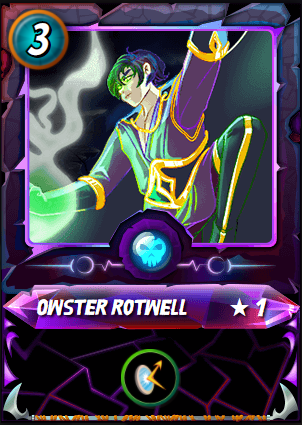 This new Dice summoner has been shaking up things quite a bit. While not directly related to the Peaceful Giant, it greatly affects the strategy around him. The line-up I described above works, because if monsters lose all abilities, there is no magic reflect to fear. But this changed with the addition of Owster Rotwell to the game. He is a summoner, so that ruleset does not affect him. He will still give all monsters on his team the magic reflect ability! With the magic strategy described in this post, you will be doomed when encountering him, so keep in mind that your opponent might have one! (Pros and serious players could check their collection while building the team.)