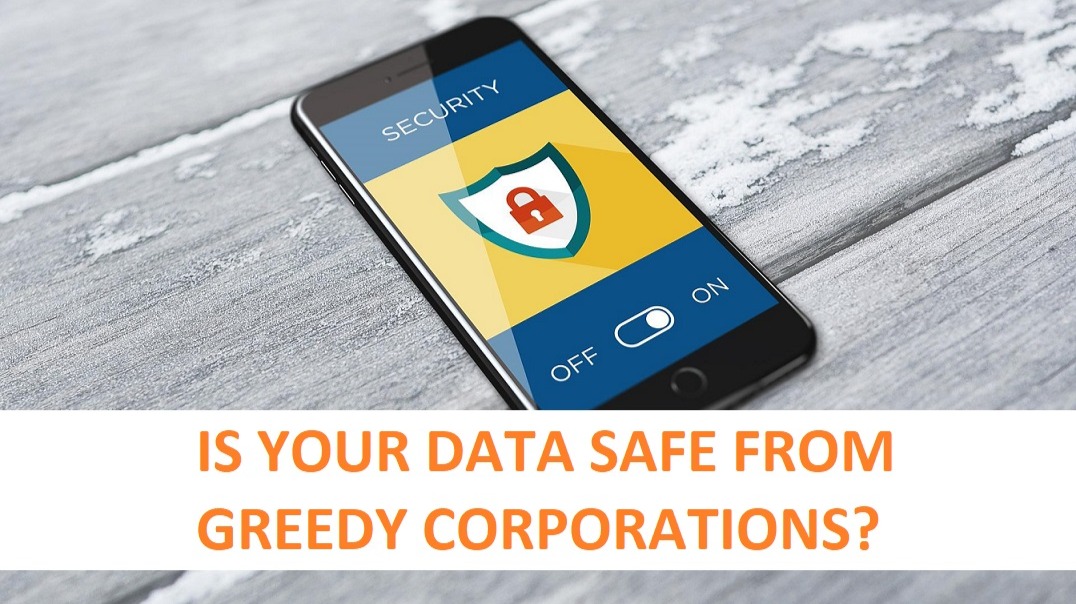 With the recent story about Coinbase selling their user's Data to ICS, Immigration and Customs Enforcement I think it is about time that we discuss our data and what we can do to keep it safe.

Crypto is decentralized at its core, does that make it safe?

One of the core features of crypto is anonymity. And that is both good and bad. Bad because, as you probably have here, there are some bad people taking advantage of this to be able to move money. Something they would not normally be able to do. The good this is that this exact feature also applies to normal people also. And if you believe that the government should keep to their things and let you do you, then this all sounds pretty great.

But now reality hits. The perceived anonymity is just that. Nothing more than something that is wished to be there. Because when it comes to greed, companies, and individuals, have proved over and over again that there is nothing they will not do in order to make a quick buck.

And the most recent one has hit home and basically shattered any perceived anonymity I thought I had when it came to crypto. And sure Coinbase does not sell "everything" as they pointed out, they only track some things and provide the data to the government. It is just poor comfort they try to claim the high ground because they did not tell the people that were looking for you your name or description. While that is good they did however tell the people where they could find you. So it all rings a bit hollow to me.

But how will they find you if they do not really know exactly who they are looking for? Well, they cross-reference the data they now have with all the other data they can gel from companies like your internet provider, Facebook, and many of the app companies on your phone. And voila there you are.

Sure having a VPN is good. And at this point in time, I would say it is as close as a necessity and human right for people on the internet that we can come. It is just sad that they do not really provide all the security we have been led to believe.

Kitboga does a great job of breaking it down. But in a sense, if you use the same email while on a VPN as you do normally it is not hard to connect the anonymous person on the VPN to the person who unanimously used the same email. But he does also show a good example of why a VPN is not a foolproof plan.

In the picture basically, all the steps that came before the VPN are things where your data can be accessed. And I have not even gotten to the point that your VPN company even can belonging your data or store it on their own servers. Either because they have to or because they use the data themselves. Is this your VPN company, I don't know, is it common practice for VPN companies, I don't know that either. But I do know that your data is at least temporarily stored in their servers.

Do this mean that we are doomed? Well not necessarily.

What can we do to mitigate the data leakage?

Well as I see it, there are some things we can do to minimize the number of data access points. And that is if we instead of having the VPN be placed at the very end. What if we instead placed it in the beginning. How can we do that, a VPN is a VPN and they are what they are.

We could use a hardware VPN instead. And we could place that before even the modem we have. Meaning it would literally be at the very start instead of at the end. Would this mean we are safe, probably not, but it is the best solution I have come up with. And that is why I have bought a Deeper Connect Pico and a Deeper Connect Mini.

Why both you ask? Well, the idea is I want to test them out and be able to provide a review of both of them to the community here. And I want to see which one fits my needs the best. Then I have plenty of people here that hopefully would be interested in getting their hands on the one I end up not keeping.

Because they are a hardware VPN I can plug them in before the internet traffic comes to my computer. Meaning the idea is then the VPN would be at the very left in the picture above instead of at the very right. They also take a more crypto approach to the data issue. As for where normal VPN providers at the very least store the data in their servers, that are pretty few in numbers. Deeper Network has turned every device into both a node in the network as well as a server. This means the network at the current moment is over 70,000 and growing. That makes it a very daunting task to try and find and puzzle your data out in real-time. As there is nothing stored or logged in the company servers. As there are no company servers. We are our own servers.

This means the more of us there are that get one of these the more servers and nodes there are, and that makes it, even more, harder to get a hold of any data from us. This approach is called a DPN, Decentralized Private Network.

You can also use the code: "DANIELJENSEN" in all caps all one word during checkout.

Again, I will be deeply appreciative if you did decide to use either my link or my code. If you decide to get one of course. They even have a 60% off campaign running currently.

And another great thing. There is NO subscription for the VPN service. So you buy the device and you have a lifetime of free VPN provided to you. And even better still. The device works as a miner. This is because of the DPN feature. We each provide bandwidth to the network. For others to use. And in exchange, we get DPR tokens. So in a sense, the device is actually paying for itself. And over time it will even allow you to earn money.

I will make a post where I go into detail about how to set it up once I have gotten mine.

I have also just started a new series of weekly posts, that will go live every Friday. You can catch the eighth step here: