Charles Hoskinson Discusses Shelley, Trolls And A Future At 1000 Tx / S For Cardano 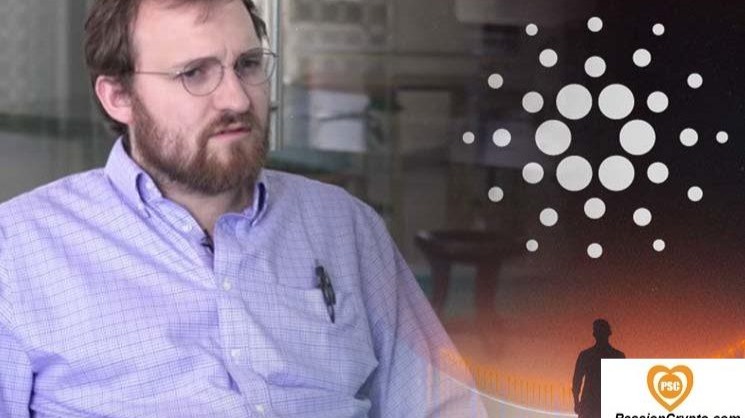 Charles Hoskinson Discusses Shelley, Trolls And A Future At 1000 Tx / S For Cardano

As the first wave of pioneers tests Shelley, Hoskinson went to YouTube to answer questions from the community, touching on topics such as the relentless trolls, roadmap deadlines, and managing a future Cardano who could deal with thousands of transactions every second.

Put an exclamation mark at the launch of Shelley

The first small group of participants has been using the Shelley testnet for over a week now, and they have just started to master it in recent days. Charles Hoskinson, CEO of IOHK, went to YouTube to share this and a slew of other updates on Cardano as more and more progress is made in its development.

During a two-hour AMA session, Hoskinson answered questions from the Cardano community and addressed some of the most frequently raised issues in space after sharing the pioneer testnet's progress.

The first week of the testnet was dedicated to educating the pioneers on how Shelley worked, which included stake pool operators and various other friends and associates of the IOHK. This week, Hoskinson said, it was about making blocks and propagating blocks.

Once the pioneers understand the staking process that Shelley will bring, the testnet will gradually be opened to the general public. In June, IOHK will schedule a balance check after wiring in the Shelley and Daedalus wallet and will focus on bringing all Shelley users online throughout the month.

If everything continues to develop at the same rate it did when the Testnet was prompted to launch, we were able to see Shelley and run from mid-June. Hoskinson spoke repeatedly of how society and setting pool operators were incredibly happy with what they have seen of Shelley, a feat that is clearly visible in the figures of Cardano .

“There has never been a testnet as successful in the history of cryptocurrency as the Incentivized Testnet.”

Hoskinson was visibly proud of the 19,000 validation nodes and more than 1,200 stake pool operators who have participated in ITN so far.

The weeks of IOHK efforts for Shelley will peak at the end of the month, when the company is about to host a virtual summit. Last week, Hoskinson said that a contract with the software publisher hosting the summit has been signed and that 5-6 workflows are already under development.

While more concrete announcements will have to wait until the end of the month, Hoskinson said Plutus will be a major topic of the summit, as it should receive a "big update". As for the "top secret guest" at the summit that Hoskinson mentioned last week, he has yet to reveal who it could be. Some have speculated that it would be Steve Wozniak, the co-founder of Apple, or Jack Dorsey, the founder of Twitter and CEO of Square.

Hoskinson denied that one of the two would attend the summit, telling viewers only that it would be someone whose job was essential for the crypto industry to exist.

Hoskinson also touched on some controversies surrounding Cardano and IOHK, saying that the relentless trolling that the project faced no longer made sense for the company.

"It becomes almost comical for us," he said of the trolling surrounding the launch of Shelley.

While constructive criticism is something that Hoskinson has always said is welcome, the latest wave of negative comments about Cardano has crossed the line of criticism with outright hatred. The animosity that a certain part of the crypto industry feels towards Cardano was noted when the Wikipedia article describing the project was suddenly deleted, due to the "novelty" of the project and a lack of verified sources.

Hoskinson said the Cardano community was working to create an article following Wikipedia's guidelines, but said the platform's publishers were unreasonable. First, it was alleged that the Forbes and Bloomberg articles could not be used as a "legitimate source" of content on Cardano . Second, much smaller projects had their own extended pages, which Hoskinson found absurd and "Kafkaesque".

He used the example of Legends of Valor, a 1992 RPG game he bought earlier this month, which has its own Wikipedia page supported by sources as legitimate as Forbes and Bloomberg. Unlike the game, which has "fewer than five people at any one time," Cardano is a $ 1.3 billion market capitalization project used by hundreds of thousands of people and supported by more than 60 research articles evaluated by peers. However, it does not have its own Wikipedia page.

Nevertheless, Hoskinson believes that the closer the main network Shelley is, the more obvious the effect of Cardano on the cryptography industry becomes. Although it was not profitable in the first few years, most of the costs being covered out of his pocket, Hoskinson said that "pound for pound and dollar for dollar", more code was delivered to Cardano than to any other project.

Even Ethereum , the second largest cryptocurrency in the world that Hoskinson helped find, started taking formal methods seriously due to the impact of Cardano . However, Hoskinson doesn't see Ethereum as Cardano's competitor . When asked if Ethereum or   Algorand   would be a bigger competitor to Cardano in the future, Hoskinson replied that it wouldn't be either. What Cardano will compete with, he said, is the digital dollar that could be launched by the US Federal Reserve.

"And we're going to win this one."

All of this means that it is very likely that the IOHK will be able to meet every deadline it has set for this year. Hoskinson addressed the road map of Cardano when viewers the have questioned the delay, stating that everything had to be done on Basho era Cardano will result in the scaling has already been done. The scalability approach has been resolved and the pooling model has been leveraged, said Hoskinson, adding that all that remains to be done for the coming phases of Cardano is small-scale and technical.

While scalability has always been one of Cardano's main value propositions , the next main Shelley network now means that it's an issue that needs to be addressed. Viewers were interested in how IOHK planned to solve the problem of storing blockchain data with the capacity to process 1000 transactions per second.

Hoskinson said he and the company have thought a lot about it. This is, he said, one of the fundamental flaws of Bitcoin - becoming too large to be a replicated artifact. Once the blockchain is filled with terabytes of data, it loses one of its most important capabilities, inclusive responsibility. This allows everyone involved in the blockchain to verify information at the same level of veracity, and gets lost once the dataset becomes too large for each user to hold.

To alleviate this problem, Cardano has to solve three distinct sets of issues, the first being to treat the resources of blockchain as a valuable commodity while allowing the size of blocks of cro ITRE slowly over time. IOHK solved this problem by taking operations and data with low economic priority such as microtransactions and pushing them into level 2 solutions. He thinks that Hydra has already accomplished the task of keeping the second layer private, resilient censorship and open to participation.

Second, fundamentally different cryptographic primitives should be used to protect the data on the blockchain. The best way to do this, he explained, is to use recursive snarks.

Most of these issues, if not already resolved, are currently being developed at the IOHK. However, Hoskinson said that there was a somewhat controversial subject in the world of scalability that he hoped to be able to resolve over the next five years - economic garbage collection. Siphoning through all the data on the blockchain and deciding what is important enough to stay there forever has been a difficult subject in the industry, but Hoskinson thinks it could eventually give Cardano the ability to serve a billion users. 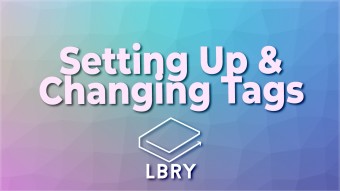