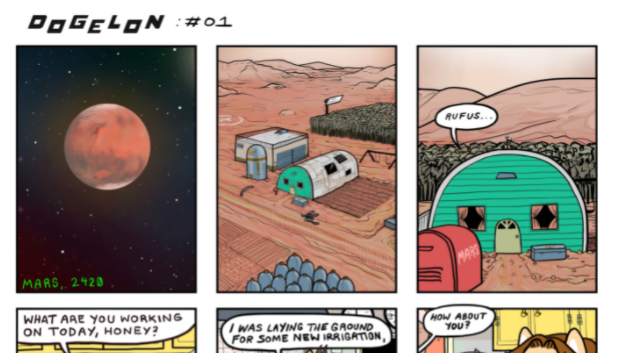 The Insane Rise of Dogelon

Imagine spending your days in earnest conversation with stodgy, stubborn no-coiners, attempting to convince them that crypto isn’t a scam and NFTs are just a distraction. Decentralized finance is one of the tools to bank the unbanked and set humanity free from the fiat masters who started all of humanity’s wa-

“But this is Doge plus Elon Musk. A crossover super-meme! It’s cracked the top 100, you have to write about it.”

[upping my dose of anti-psychotics]

I love memes but do not transact in them. This position has caused me to miss out on spectacular gains and also the spectacular retraces that follow.

Like most memecoins, the network value is the meme and the psychic energy of surrounding community as manifest on the socials. Think of it as a “meme supersystem”. Or you can call it "the perfect storm of dumbness" and still be correct.

The community for this coin started right around 4/20/2021. 420 is a marijuana-related meme, I’m told, and Elon Musk makes 420 references whenever he can. Starship Number 20 will be riding atop Booster Number 4 during SpaceX’s monumental orbital launch coming up in November.

It’s doggy friend, the new-ish Shiba Inu(#9) and it’s dogfather, Dogecoin,(#10) have stagnated during the madness this week. Circumstantial evidence on social media posts suggest meme aficionados are getting out of SHIB and DOGE and piling into the new dog. The charts do not suggest this. Volume remains low on the sleeping dogs. 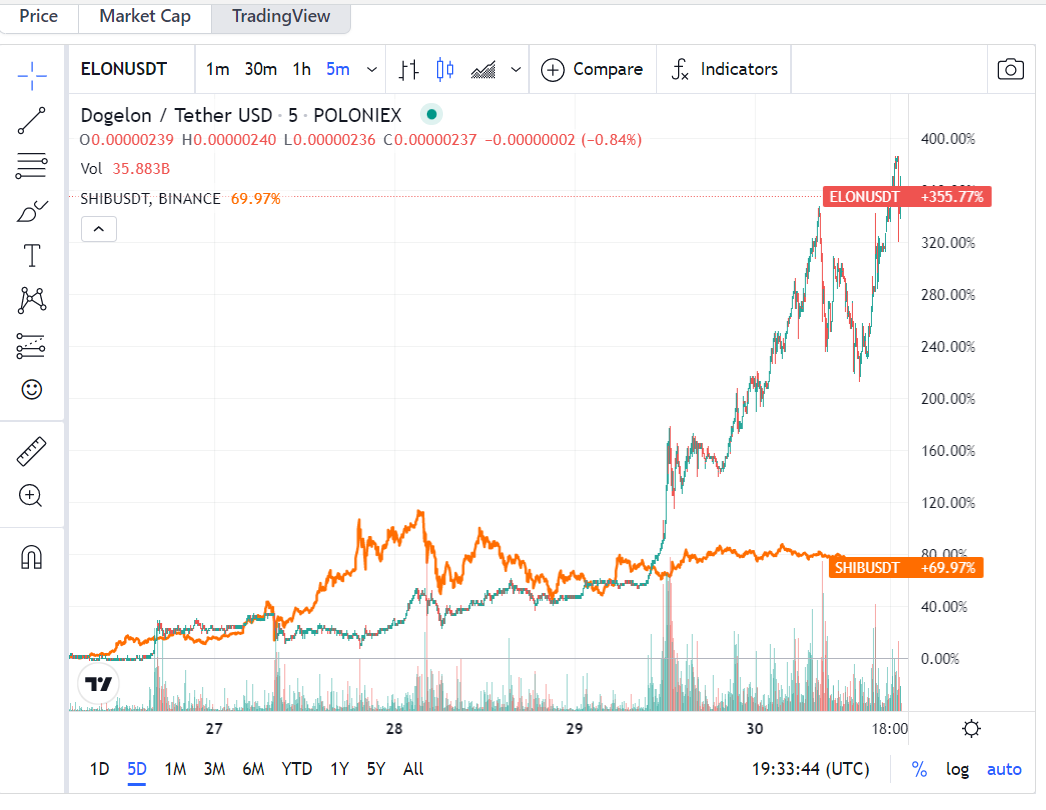 It’s more likely that traders are breaking off profits from the recent Bitcoin rise. ETH is too friggin’ expensive and deflationary due in part to the extended action in the NFT market. Oh, and since you asked:

It’s a cute cartoon. The memery around Dogelon is cute and fun. The community is rabid, with a quarter-million followers on various platforms. Telegram message traffic is a belt-fed slinging of ridiculous memes. Their Discord might be just as insane. I hesitate to investigate. Instead, I’ll tell you about ELON tokenomics: 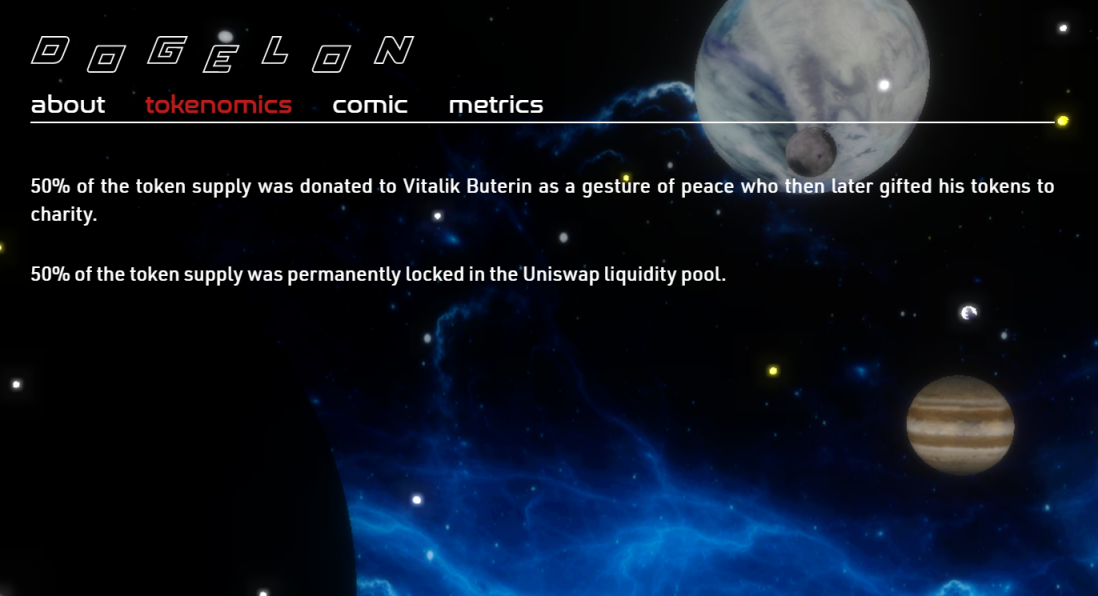 1 sextillion (get it?) ELON tokens were minted and Coingecko shows half of them are in circulation. You can get in on this action via crypto.com, however there are numerous reports of halted trading. A helpful Economistician posted a 23 step guide on how to make it happen on KuCoin. 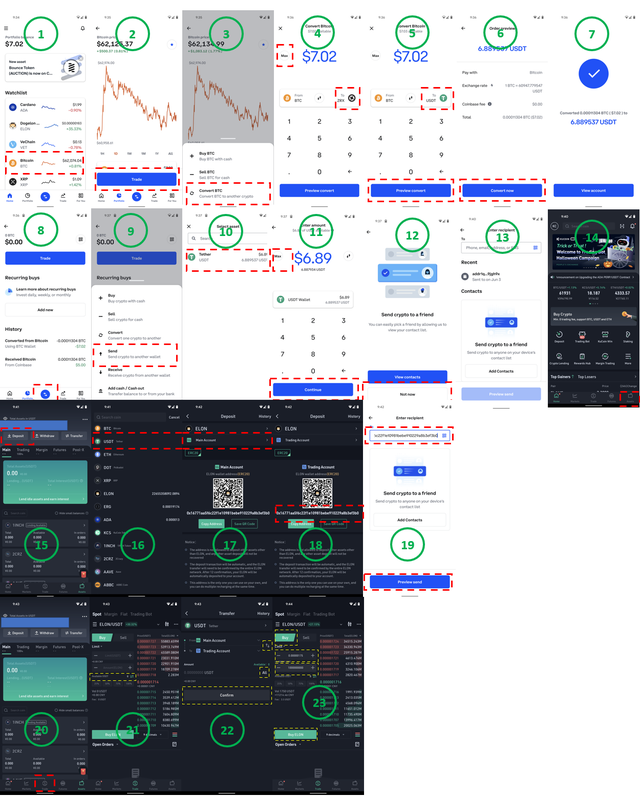 As one Telegram user put it “today we break KuCoin.”

In parting, I often wonder what a true example of anarchy would look like. Most folks think “Purge”- style violence is anarchy. I don't believe we revert to murder, we revert to cooperation and unfettered commerce. True anarchy is the absence of rulers and an unregulated, unmanipulated marketplace- the agora. The rise of doggy coins are a symptom of true anarchy, an open agora and the manifestation of a meme supersystem.

Freelance journalist aping into the cryptospace

An honest look at the backwaters of crypto.