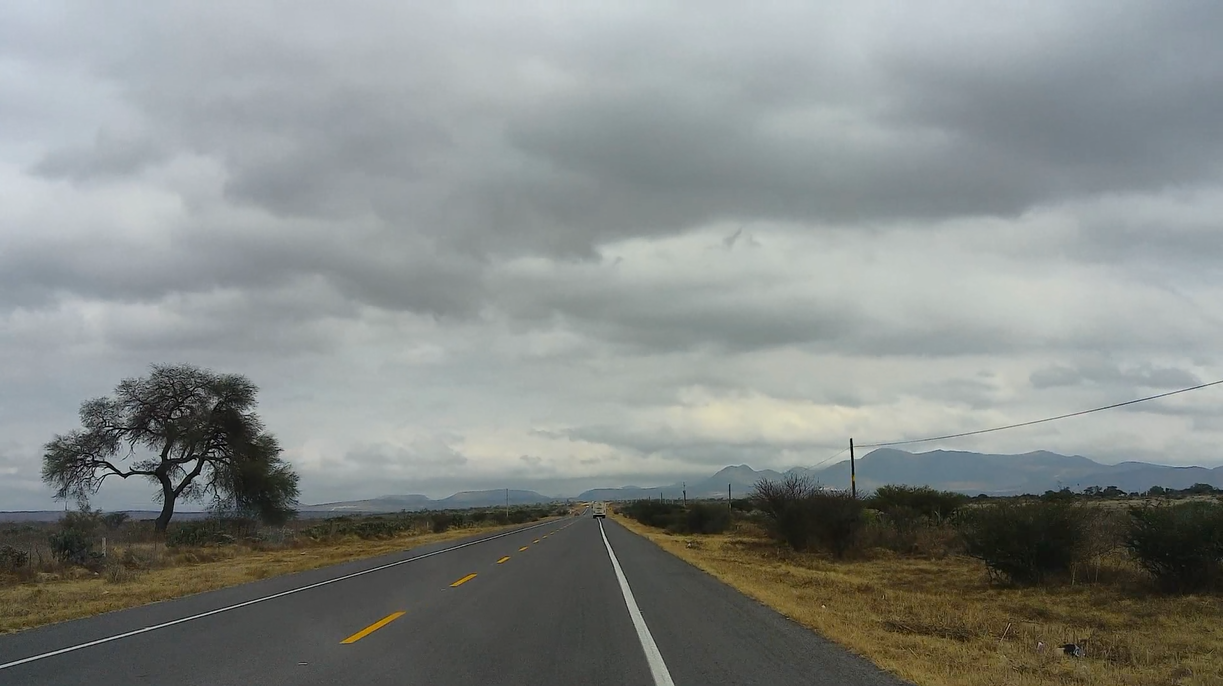 I'd never been to San Miguel de Allende before a couple months ago.  Like Ajijic, it's famous as a gringo hub, so I've never been interested in it.  But it was better than I thought it would be.  The gringos aren't everywhere.  I saw a funeral for a gangster, walked on the railroad tracks Neal Cassady collapsed on, and even went downtown a couple times.  But it's time to go.  I'm really most comfortable onstage and cruising down the highway anyway.  The ride out of town is always the best part.  The exquisite feeling of knowing you're never going to see a place again, is difficult to replicate.  I like to imagine it's a shadow of the feeling of leaving life behind, the earth and all its wasted, grubby, disappointed hope, the anger and the drama, the jealousy, the pigs and all the fighting, the violent sanctimony, the hunger, and soaring free at last into the open arms of Heaven.  Looking in the mirror at the frustration of all the assorted idiots who made it their mission to destroy you, and not even bothering to wave goodbye, so compelling is the view of the future, slamming into your windshield like a butterfly.

Seize the day, or scrape it off the windshield with a tuning fork.

Just don't let it get away.

Leaving San Miguel (Video Mixtape #20) includes songs such as "Certain Stratospheres," "Blackbird," "Tumbleweed," and the swing-dancing classic "When You Go To Hell."  We played "When You Go To Hell" at a bar in Flagstaff, and this rockabilly swing-dancing couple were twirling around on the floor at our feet.  Me and the bass player exchanged a humorous look.  Do they have any idea what they're dancing to?  He said to me kinda laughing.

I've never thought the song was dark.  If anything, it's light.  As in, a flashing red light, telling you to stop.  Don't be one of the archetypes in the tune that find themselves in hell.  The proxy Satanists, pope fiends, minichrists, Cotton-Candy Communists, Willy Wonka Wiccans, and other assorted self-condoomned who find themselves in the list at the end of the song have all rejected their own hope.

Sanctimonious, self-righteous people, is really all I had to say.  Look around and tell me they're not everywhere.  "Good people," and that whole crowd.  I've never understood good people.  They're like people addicted to hardcore street drugs, without the honesty.  When they rip you off, manipulate you, and try to control your life, it's for your own good, not just to get high.

At least junkies know who they are, and don't presume to improve the world with their grandiose self-enjoyment habit.  You think you're going to throw yourself headlong into the future without slamming into a few butterflies?  Buena suerte con eso.

If we were going to make the world a better place, we would have done it by now.  Don't worry, this isn't "negative."  We've gone soft with "positivity," to the point that anything difficult or sharp is considered "negative" and "harsh."  In this way, we have made the world much worse over the last several decades.

Stuffed animals with prosthetic smiles and soft, offended hearts don't have the capacity to improve anything.  They're products.

As usual:  it's only negative if it isn't true.  If it is true, look around, and decide for yourself how much longer we can afford to deny it.