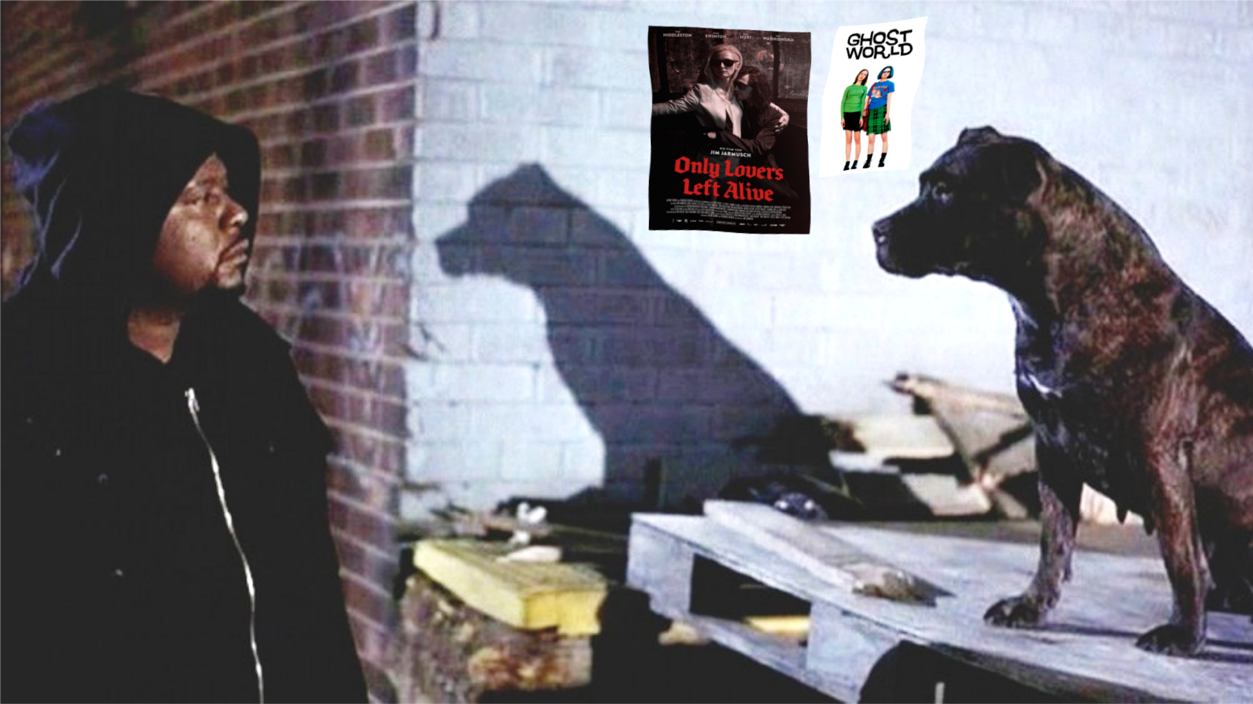 Ghost Dogs in a Clown World

"Die before you die; there is no chance after."  C.S. Lewis

Ghost Dog: The Way of the Samurai depicts a hitman from the street, a hip-hop zen warrior who raises pigeons on the roof and whose only friends are animals, ice cream salesmen who don't speak the language, and intellectually-curious children.  His life was saved by an Italian mob guy, to whom he dedicated his life in service.  Not in an obsequious, shoeshine-boy way, but in an honorable way.

He contracts himself out as a hitman for the mob guy.  There is no way to contact him except via carrier pigeon.  No phone, no email, no fax, no way.  Just carrier pigeon.  He doesn't talk to anybody on the street, and walks the streets of his world like a samurai ghost.

Like most if not all Jarmusch films, it's worth a look-see.  Check it out: 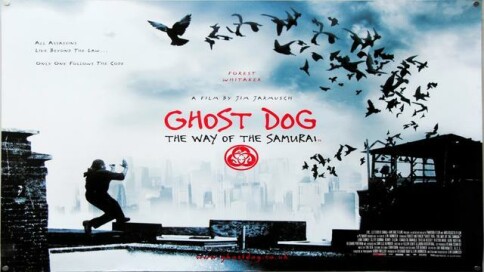 I haven't seen it in awhile, and was surprised at how simultaneously old and timeless the film looks.  Did I see it when it came out?  Probably.  It feels like 200 years ago.  People used to get excited about a new film by Jim Jarmusch.  Do they still?  I have no idea.  To quote a screenshot from Ghost Dog itself: 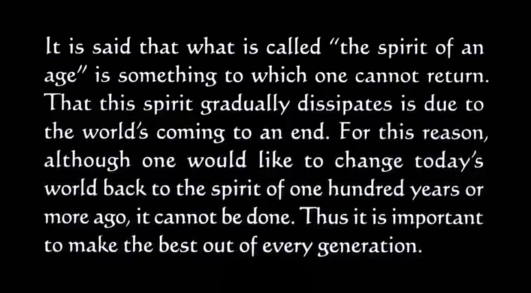 Watching the film, a solution occurred to me.  Not a cure, exactly.  There is no cure for the self-inflicted ailments of a Godless, postmodern society that refuses to repent and see that it has become unwell.  But perhaps there is a salve for those of us who feel stranded in the present moment alongside these manufactured, moralizing, would-be libertines who are dragging the culture and indeed the entire world into the open pits of a humorless, rule-happy hell.  Maybe there is a balm for the black pill, a hit off some kind of proverbial pipe and espresso for those who feel that they're spinning their wheels, stuck in the mud of no purpose.  A modicum of relief for the restless, a tension-release valve for those who are too smart to waste their faith on their doomed and pointless surroundings, and are therefore plagued and perturbed by the pointlessness their existence has been reduced to.

So what is it?

Short of not joining the culture in its adamantine refusal to repent and turn to Christ, which is the only true, permanent answer,

perhaps the best option in a Clown World is to go full Ghost Dog.

It beats the hell out of lying in a puddle of prescription-sweat, hating life and waiting around all day to die.

As C.S. Lewis said, "die before you die; there is no chance after."  Worst case, you don't follow the path all the way to the end, which is the cross.  But if you're on the purpose-crushing conveyor belt to hell already, and are languishing in a post-hope death trip because you're too smart to be satisfied with the rhinestone baubles and chintzy spiritual bric-a-brac that litters the gutters of the unthought-out non-path of the willfully ignorant and self-condoomned who mock you for not being satisfied with being an idiot,

it seems that going full-on Ghost Dog isn't the worst idea you could have.

The "spiritual" path, of course.  Because we live in a humorless, microscopic legal dictionary of a world, I actually have to warn against killing people like the fictional character in the movie, even for hire.  It's a mistake.  A crime even, a sin.  Don't do it.  For the record. 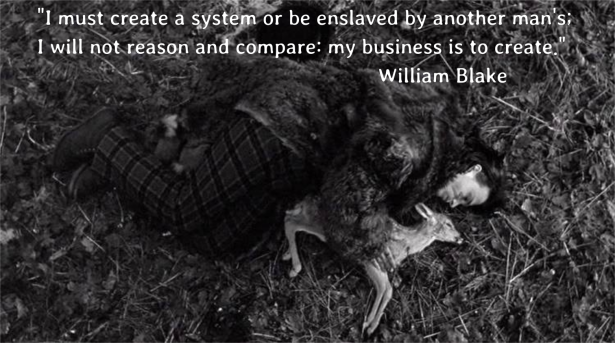 You don't have to limit yourself to Forest Whitaker's character in Ghost Dog; you could also go full-on Johnny Depp in Dead Man, or Tom Hiddleston in Only Lovers Left Alive.  I'd say Adam Driver in Paterson, but I don't think his character is dead in any way.  I've only seen it once, but if I remember, he's just an intellectually-curious human being.  If you have room in your mind to indulge a fantastical character trait in a world besotted by and drunk with fantasy.

Strange that an intellectually-curious character is far less believable and more surreal these days than a bunch of prescription nihilists going to war with each other on a simulated gothic backdrop.

Those people are dead, the new nihilistic Batmans and Jokers and assorted superpeople and the like, but they're dead in the wrong way.  There's no hope in their death.  I don't care if the drug-addled wannabe corpse dresses up as Batman and starts fights with criminals.  His death is hopeless and therefore has no value.

But if you're dead like a character in a Jim Jarmusch movie, perhaps there is hope, even if only temporarily.  Jarmusch's most recent film, after all, is titled The Dead Don't Die. 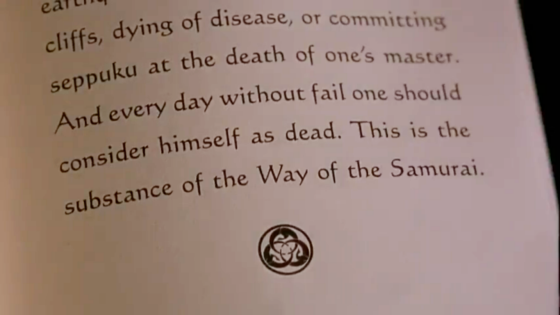 Jim Jarmusch characters are mostly cool, unbotherable-if-not-joyful types who might not see the point in going on, who might be dragging themselves toward a goal they don't care if they ever reach, but at least have the sense not to embarrass themselves in public, even if they've been scuffed and beaten by circumstance. 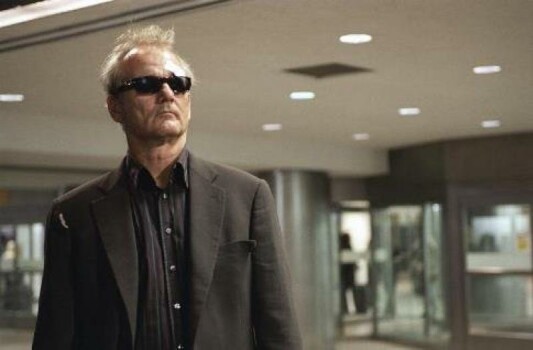 They might smear lipstick on their ennui, but they'd never force anyone else to wear it with them. 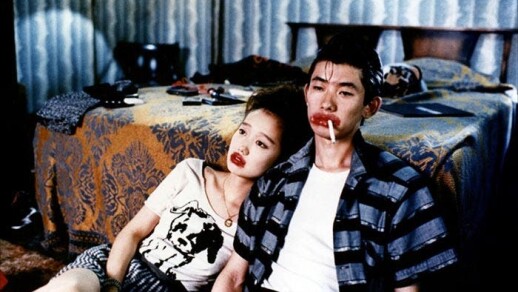 And if they wear sunglasses inside, it's because they're vampires.  Their coolness is a survival mechanism, worn for reasons of the light (and possibly idiocy) being too bright.  Their coolness isn't hipness; it's real.  It isn't a trendy, secondhand thrift-store purchase from some officious hipster beta male who knows more about esoteric film than you do.  That guy watches movies in his Spiderman pajamas and follows trends because his "life" depends on them.  Why settle for being him, the dead zombie who falsely believes himself to be alive, when you can die to all that, and be the movie? 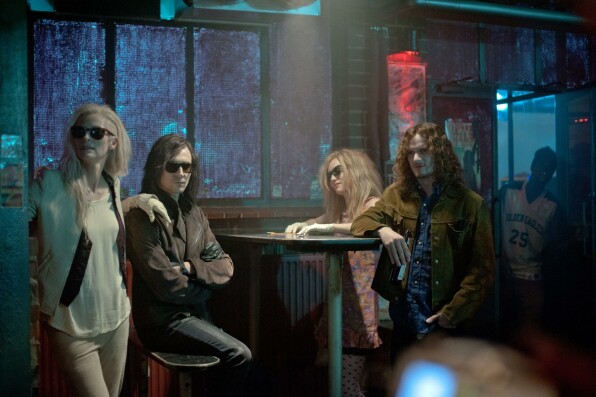 Even if it doesn't save your soul, it's a hell of a lot better than standing in a crowd of people dressed like vaginas, doing anything.

Those people's deaths are worthless because they have eschewed beauty and lost their balance.  They're afraid of everything (especially death), and have become the disposable chaff that fuels the fires that destroy the world.  Their top-heavy ego-dogma is unbalanced and knocks them in the gutter.  They don't listen; they don't learn.  All they do is preach.  Preaching only has value if it's delivered by those who have sought something out.  You can preach, but not from a place of having no curiosity.  If you don't want to learn anything, how can you presume to teach, or preach, to others?  The hipster beta people are not interested.  They have discarded curiosity and beauty, and have embraced the ugly.  That is why they suck.  That is why their deaths are pointless and everlasting.  That's why the only thing they ever think to do is copy and co-opt the work of others.

Even those people, though, anyone among them who maintains (or recovers) their sense of humor and supercool detachment from the burning, screeching drama, even if everyone around them goes down,

Who knows.  Maybe they'll be spared.

So, become a Ghost Dog.  A cultural warrior, an intellectual samurai.  Die to the hip world of trying to fit in and be cool, which is suicide, and maintain your curiosity.  Even, and especially, if it kills you.  Avoid the pointless, tragic death of those who would drag you alongside them into the mass grave of a trendy, idiotic half-life.

And don't even sweat it if you're not cool.  Cool people never are.  Thora Birch in Ghost World wasn't cool.  She was actually kind of a dork, but she was curious.  Her curiosity is what saved her from the prefab fate prescribed to her by the Clown World closing in around her.  And in the end, she catches a ride on a discontinued bus line, and leaves town.  The Ghost World she was in became more clownish every day, to the point that she had to leave.  In a discontinued, old-school way.  To find another Ghost World.

Or create one, perhaps.