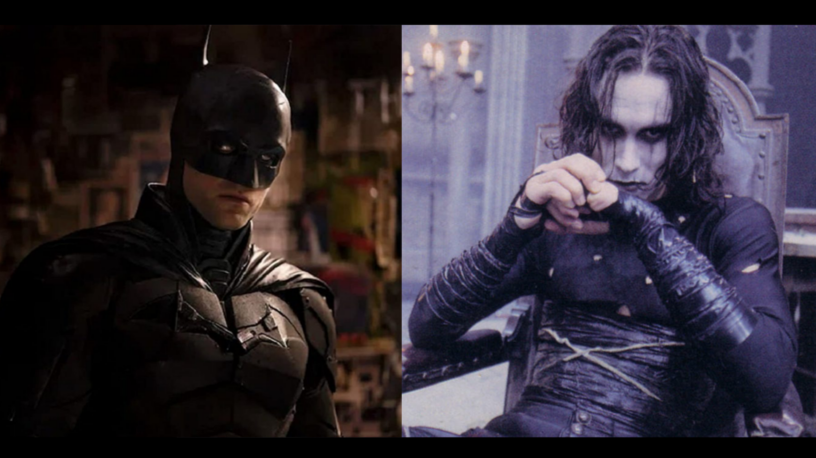 A Redundancy of Crows

When Se7en was released in 1995, I went to see it with some friends.  We all went to The Red Lion Pub in Chicago afterward and "discussed the movie" over pints of Guinness, because that's what we went to movies to do:  Learn and/or discover something.  It seems quaint and archaic today, but even watching a gothic piece of gratuitous bloody puzzle-porn was something we did in order to expand our horizons.  We had "intellectual curiosity."

I don't remember if anybody made any life-changing observations at the Red Lion pub that night, but the one girl was really curious.  She wanted to know.  What it was she wanted to know was not important.  It was the desire to know, that was important.

The opening credits were "groundbreaking."  I think the movie has aged terribly, not only because it's grim and humorless but also because Brad Pitt's character is unbearably stupid.  How somebody with the intellectual curiosity of a bedbug becomes a detective in a police force, even in a setting as pointlessly hopeless as the archetypal comic-book city in Se7en, is perhaps the greatest question the movie actually asks.

Wherefore the gratuitously morbid setting?  From what slimy pit of hell cometh the grainy, fluorescent puke light source that has replaced the sun in every scene except at the very end, when the movie mysteriously transports to the deserts on the outskirts of L.A.?  Why am I impressed by stylized opening credits?

Yes.  That's it.  Everything new was impressive in 1995.  Who knows, it might have even been new.

When The Crow was released in 1994, the zeitgeist was instant.  I can't stand that movie anymore either, but at the time, it was cool.  Halloween of 1994, everybody was dressed as The Crow, myself and women included.  I remember, because we played a show, and it was basically a show of crows.  My drummer I think was wearing orange prison overalls and maybe a clown mask.  But he was always a Mr. Bungle/Butthole Surfers type anyway. 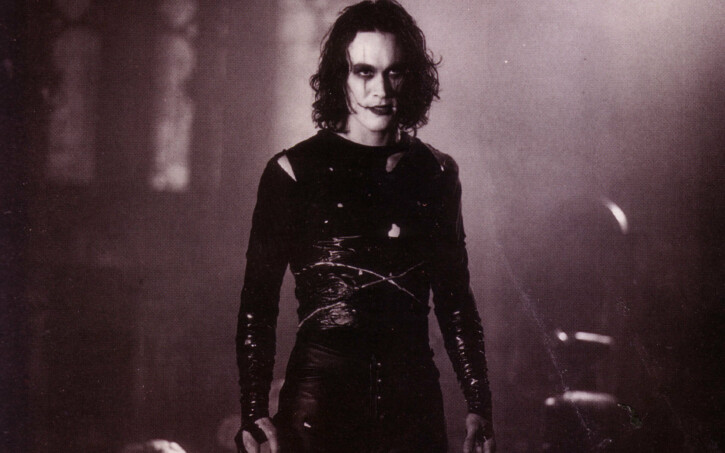 So, what's up with the new Batman?  Aside from the obvious questions that must arise about the need for yet another superhero/Batman movie only a decade or so after the Christopher Nolan trilogy, there are other things I want to know.

Why is the new Batman played by The Crow?  Why does it take place on the abandoned set of Se7en, upon which someone obviously forgot to turn off the rain machine?  And most importantly, why is it 3 hours long?  Does the post-Joker nihilism trip really think it's ready to go toe-to-toe with Lawrence of Arabia, Dr. Zhivago, and The Good, The Bad, & The Ugly in terms of epic scope and scale?  What happens if the antidepressants the audience will surely need to get through the film start to wear off before the movie is halfway through?  Will the audience start to die off like the supporting cast in a David Fincher film?  Is the whole thing a hyper-meta set-up in reverse, a social experiment designed to turn the audience into extras on the set of their own, would-be epic demise, viewed by fictional characters that have become ubiquitous to the point of becoming nearly mythological in their religious over-reach, Batman and The Riddler and the like, watching from the fake real world depicted on the screen, as the audience is slowly swallowed by the stylized mythology of their own intellectually-incurious, overmedicated despair?

I'm joking, of course, but I think it might be possible.

Welcome to the 90s, when the introspective cultural death trip began:

Ladies And Gentlemen We Are Floating In Space, aside from being one of my all-time favorite album titles, is also a pretty great album.  It got me through a lot of emotional vacuity in the late 90s.  Or maybe it drove me to the brink and threatened to throw me over the edge.

Who knows.  Whatever the case, it's a masterpiece of space rock for depressed, self-medicated people.  If that's you, check it out.

In any case, when "Something in the Way" by Nirvana started playing in The Batman, I actually laughed, though not out loud.  Silently, my spirit doubled over in irrepressible laughter.  My face didn't do anything, nor was I driven to the point of making even a slight noise of personal amusement, but I couldn't believe my ears and released a guffaw of patronizing incredulity into the spirit world, which created a tsunami of life-affirming over-it-ness that hit Hollywood like a nukular EMP blast, instantly rendering all their worn-out plot devices and cut-and-paste depressing set pieces null and void.  Or so it amuses me to imagine.  What is this, 1994?  Do we really need to walk through this tired graveyard full of broken playground equipment..... again?

Don't get me wrong, some of the CGI cityscapes..... aren't unimpressive, the casting doesn't seem to suck; I don't hate the decision of the casting director to put The Crow in a Batman suit, but do we really need another vampire who puts on sunglasses in a dark room, another bloodsucking, grimacing antihero who weeps eyeliner into the trendy drink of his stolen childhood?

That's Robert Pattison, apparently.  Really?  Right on.  I like it when I don't recognize an actor right away.  I always like an actor more after they do something unrecognizable.  For the record, I don't think Jack Nicholson in About Schmidt is an example of that.  Good effort, but Jack Nicholson isn't believable as a subdued insurance salesman from Omaha.  When I see Jack Nicholson I see charismatic villains, psychopaths, womanizers, rebels, and other powerful misanthropes & misfits.   But let's stay on topic.

I thought Joker was a very good movie.  Speaking of Jack Nicholson, his Joker was widely celebrated at the time, but Heath Ledger brought the character to another level.  And Joaquin Phoenix and Todd Phillips took him even farther.  2019 Joker takes place in a gritty, crumbling city in which everybody is violent, crazy, or untrustworthy, and yet:

The setting is consistent, realistic if not quite real, but isn't a character in itself.  2019 Joker and the people he interacts with (even the empty ones like his state-appointed counselor) have a sense of being real, actual characters, as opposed to stylized accoutrements of their own dim, idyllically-depressing mansions, rainy alleyways, and candlelit crime scenes.  I mean, really. Does everybody have to be all dark and brutal, what...

3 hours of grim and dark nihilistic brutality, in which antiheroes clash with villains of.....

That's it.  That's what's new about Batman 2022.  The villains are next-level hellish.  I was actually impressed by The Riddler's duct-taped Antifa gimp aesthetic; it really is dark.  Evil in a way that isn't generally seen on-screen.  The Penguin is a charismatic crime boss that gives any Jack Nicholson character a run for his money.  And Batman of course is a closet heroin addict who still contemplates listening to Nirvana before deciding on the grander, if equally-tormented-and-introspective Spiritualized, popping a pill from an unmarked bottle, donning his bulletproof underwear suit, and walking out into the rain to "make a difference," even if he doesn't actually believe in it anymore.

Love, justice, any of it.  He lost his faith.  But it feels good to go to war with bad guys after popping a Diazepam.

What else is there to do?

Revisit the failed, tired nihilism of decades past?

In 1995, we had to settle for opening credits.  Now, we get Dr. Zhivago for comic-book criminals.

Progress, I guess.  In like manner, for better or worse, I am hereby changing the unit of measurement from "murder of crows" to "a redundancy of crows."  Any group of 2 or more anemic, drug-addled antiheroes in a despairing, rain-soaked setting will hereverafter be referred to as a "redundancy of crows."

As a way of making somebody laugh, perhaps, of waking them up so they can avoid being swallowed by their movie chair in a kind of slow, mass meta-suicide in reverse.

Well anyway, I've seen half an hour of the film.  Maybe I'll finish it sometime before I die.  Perhaps in lieu of dying.