*Spoiler Alert.  You have been warned!

When American History X was released, it was considered edgy and raw.  Edward Norton plays a reformed white supremacist who spouts a lot of reasonable rhetoric under the guise of being a Nazi.  Critical of affirmative action (as opposed to a merit-based system of advancement), illegal immigration, and the soft bigotry of low expectations engaged in by his liberal sister (and his mother's boyfriend), he also engages in criminal vandalism and murder, usually in close proximity to an American flag, and always with his swastika tattoo clearly displayed.

The message is driven home with pure blunt force:  Basic American ideals are fascistic.  By associating these ideals with actual white supremacist Nazis, the filmmakers deliver a pro-Nazi propaganda piece that would have made Joseph Goebbels proud.  Making the Americans the bad guys, while draping them in swastikas and peppering their pro-American speech with racial slurs, is an act of malicious, fascistic brilliance.

We're led to believe it all began at home, when Edward Norton was in high school.  His father is portrayed in a way that is an insult to all working-class Americans, as the by-now-stereotypical white male homonculus who thinks Tom Clancy is literature.  When the father disagrees with affirmative action, we are supposed to believe that this has a detrimental effect on the open-mindedness of Edward Norton's character.  It's a huge insult.  Not to white people.  It's an insult to intelligence.

Edward Norton's moment of contrived enlightenment occurs in prison.  When he objects to the hypocrisy of his fellow "white power" convicts, he is excommunicated from the group, and only saved by his friendship with a black inmate.  What looks like a comment about the stupidity and futility of racism is actually yet another huge insult, in the context of a film in which people who defend American ideals are all Nazi white supremacists.

It's a good movie, which shows how worthless good movies can be.  It's well-acted, the union guy who turns on the lights did a great job, and there are good moments throughout the script, in spite of itself.  But when the "moment of truth" comes for Edward Norton, and he loses his brother at the end, the "inevitable consequence" of his pro-American "Nazi white-people" views, I found myself rolling my eyes with no feeling at all.  I felt embarrassed for him, this good actor, doing the whole "tragic loss" thing, quite well I might add, and I'm sitting there like a stone, rolling my eyes and seeing right through it in spite of the dramatic and emotional score playing behind him.  No shame on him, an actor needs to work, but American History X hasn't aged well, and will be remembered as an embarrassingly-transparent piece of pro-Nazi propaganda in the future. 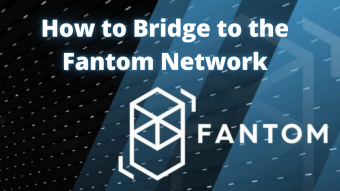