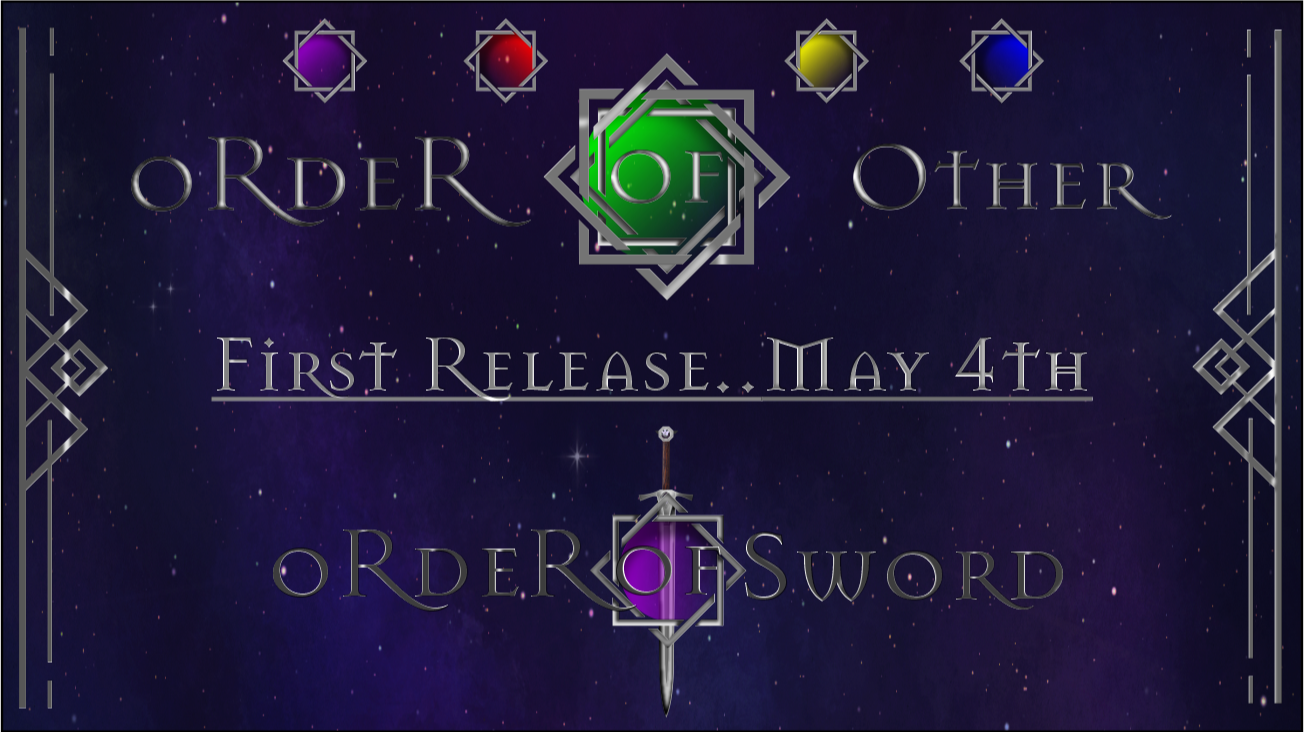 What to expect... First oRdeR Launch 4th of May. Series 1.

Before we unleash the Orders upon the world we thought it prudent that the world should know what awaits inside the Orders, when the Orders will be released and what the future of the Orders might hold.

The release of the first Order is scheduled for Tuesday the 4th of May, The Order of Sword shall march to the beat of an imperial drum on that day, May the 4th be with them.

Each Order will consist of 9 main cards, 3 tiers, 3 common, 2 uncommon, 2 rare, 1 epic and 1 legendary, these will all have mint quantities accordingly. Swords, in the interdimensional galactic order, are the weapons of choice to those that are of an arcane mind, their minds as keen as their blades edges. These weapons act as an extension of themselves, amplifying their power and means by which they can direct that power.

Swords as well as other weapons will be able to be blended, this ability will be added along with the second Order of series 1. 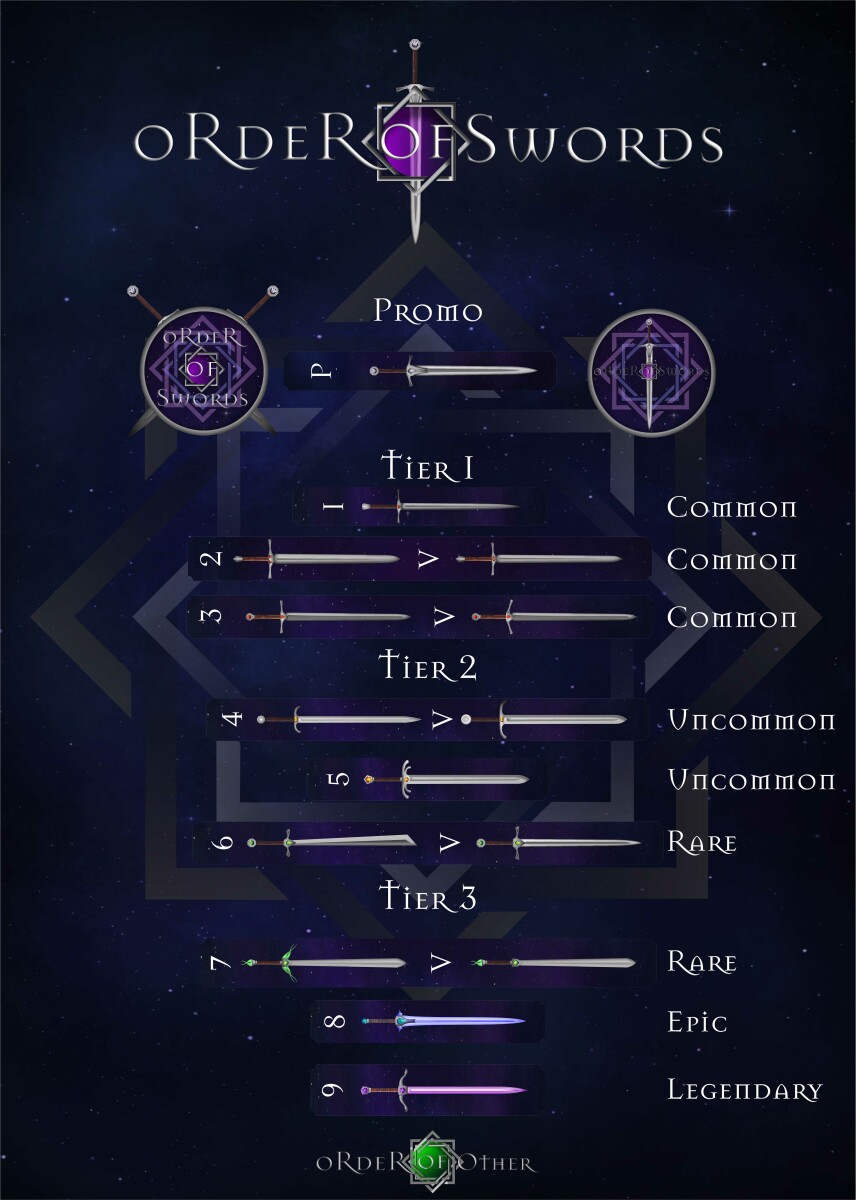 Each Sword has a variant which can only be obtained through blending, there are a number of variants that have the possibility of showing up in packs, those are the variants depicted in the above collection map. 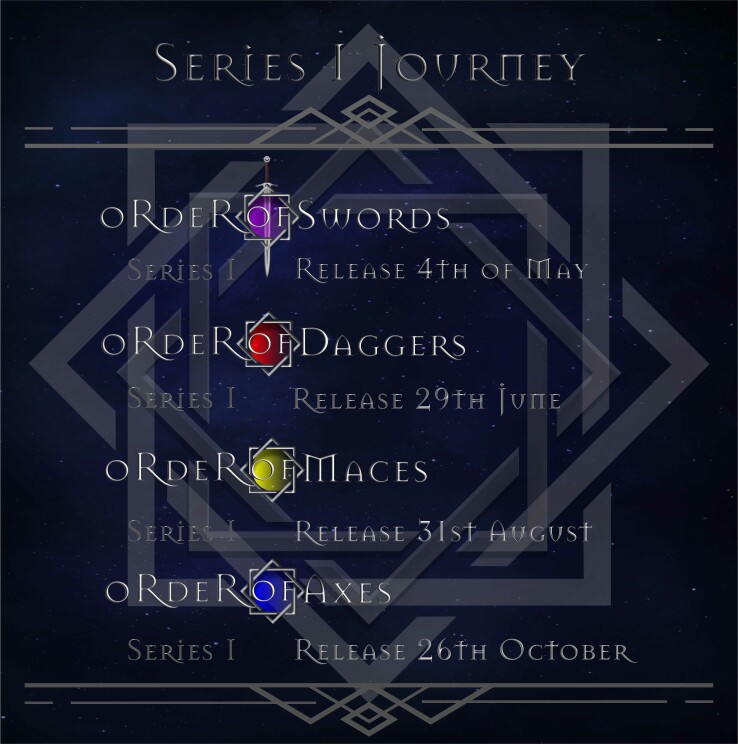 Promo Items for this series will be released the day before the release of... be sure to follow us on our social channels linked below to stay ahead of the crowd.

In our next article we will briefly discuss the power source of OrdeR of OtheR... 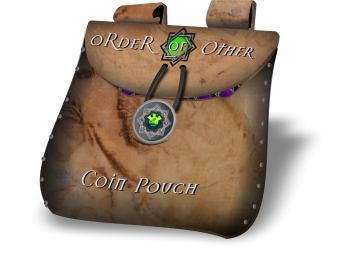 A sneak peek at the coin pouch which will be made available along with the blending ability and will contain Source Coins.

Connect with us on...

Author and Creator of oRder of OtheR NFT collection https://noise.cash/u/RedRo

Order of Other: An Omnidimensional Adventure. Sci-Fi / Fantasy NFT collection/collectable game. Travel across galaxies, through dimensions and aid in the development of cosmic culture. Choose 1 of 5 Orders or choose them all. Trade cards, coins or containers. Craft your way through intergalactic tiers. Duel other players with dice powered weapons. Explore rich interdimensional Lore, take part in its unfolding. Proudly WAX.io. Adventure on Discord: https://discord.gg/cqBsMcwrV6