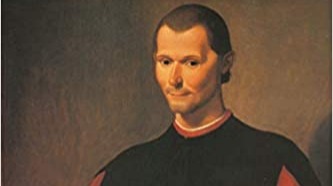 The Prince Book by Niccolò Machiavelli

The Prince Book by Niccolò Machiavelli

Many who desire the affection of influential men typically provide useful material gifts, but Machiavelli gives his precious knowledge of great men's actions. This data is presented in a simple and straight-forward manner. As a citizen of low social status, he observed that he possessed the simplest view of their acts, even as princes had the simplest view of the actions of the populace. He wishes to have mercy on his modest and unfortunate place. his gracious lord.

Machiavelli gave his book to Lorenzo, whom he calls glorious, alluding to the legendary ancestor, Lorenzo the Magnificent. The Prince was originally dedicated by Machiavelli, one of the Magnificent Lorenzo children, to Giuliano de Médicis, but Giuliano died in 1516, which is no aid in restoration to the political office of Machiavelli. In the final line, Machiavelli refers to his present wretched state.

Many works of Renaissance literature contained dedications to rich patrons. They usually proclaimed the author's unworthiness when praising the patron's excellence, and Machiavelli's dedication fits right in with this custom. However, he was earnest in his wish to return to the Medici family's great graces.

Machiavelli's straightforward style can be seen in the novel. He addresses all of his topics, including the most surprising, in a calm and matter-of-fact manner, as if examining a scientific specimen.