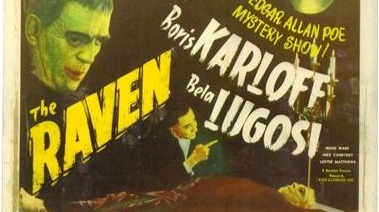 Boris Karloff and Bela Lugosi brought monsters to life in Frankenstein, The Mummy, and Dracula. In this horror, they're again monsters, but of the human variety.

Lugosi is a doctor who quotes Edgar Allen Poe and brags about building some of Poe's torture devices in his basement. Nothing weird about that. A judge's dancer daughter is injured, and although Doctor is retired and initially refuses to operate, he relents and saves her life. Later, he watches Dancer Daughter perform and falls for her. But there's a problem--Dancer Daughter is engaged.

Judge stops by Doctor's chambers and tells him Dancer Daughter has fallen for Doctor, warning Doctor not to see her again. Doctor angrily refuses.

After, a murderer played by Karloff shows up at Doctor's door. Murderer demands that Doctor surgically give him a new face. Doctor agrees, but needs a favor in return--a murder. Murderer doesn't want to murder anymore and would rather pay for the procedure. He's not evil by nature; rather he's always been called ugly, and maybe looking ugly makes him do ugly things. Doctor picks up on this idea, and with a sinister look, agrees to change Murderer's face right away... 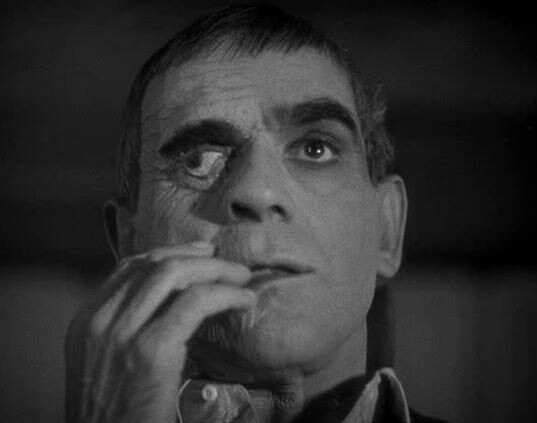 Doctor operates, but Murderer's face is now disfigured and far worse. Doctor exposes him to multiple mirrors, whereupon Murderer gets angry at his hideous reflection and shoots the mirrors. (Karloff even gives us his signature Frankenstein moan.) Doctor now blackmails Murderer to kill for him, promising to fix his face only after the act.

Doctor hosts a dinner party at which Dancer Daughter, her Fiance, and Judge are among the guests. All guests go to bed (it's a sleep over!), and Doctor shows Murderer his torture cellar. Murderer appears to want to warn Dancer Daughter, but he's thwarted by Doctor.

Eventually, Murderer and Doctor trap Dancer Daughter in a cell and strap Judge to a torture device inspired by The Pit and the Pendulum. At this point, Doctor claims he's "the sanest man who ever lived." Dancer Daughter is let out, only to be locked in a room with Fiance where the walls will close in and crush them.

This was a fun little picture. Run time is about an hour, so it's an easy watch. Lugosi does a convincing descent into madness. Karloff is underutilized, but good as man shaped into a monster by circumstance, but redeemed. There are humorous beats that land, creepy segments that work, and a darkness permeating the whole film that sets the appropriate mood. I say, if you've got an hour to kill, watch it--it's not torture!

For more Karloff, check out our review of The Old Dark House. For more Lugosi, check The Phantom Creeps.