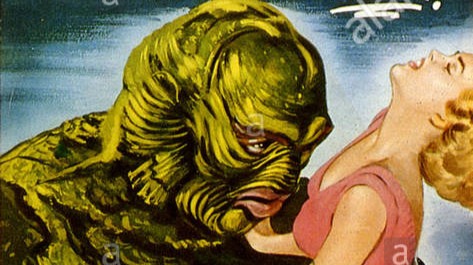 No-Nonsense Review: The Creature Walks Among Us (1956)

Today I watched the 1956 Universal film The Creature Walks Among Us. It features the Creature from the Black Lagoon, and is considered by many to be the last film in the Universal Classic Monster series, which dates way back to the 1920s. And while it's not the worst in the series, it's not great. 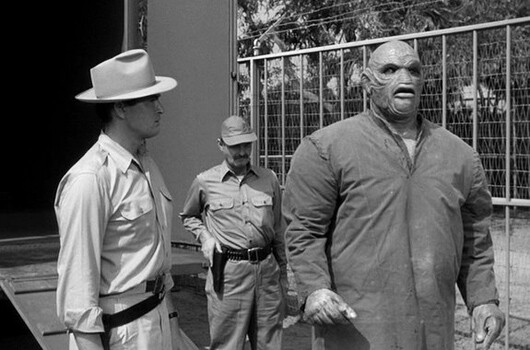 The premise is that a group of scientists and doctors want to catch the Creature in the Everglades. One guy brings his wife along, and all the other guys on the boat make passes at her. The husband gets jealous and angry. Eventually, they find the Creature, but light him on fire and hurt him. Subsequently capturing the Creature, the husband operates on the Creature, ultimately making him more human.

Throughout the picture, the Creature walks around in clothes, looking like a budget version of Batman's Killer Croc. When he sees a mountain lion try to eat some sheep, the Creature kills the mountain lion. But nobody thinks he's a hero because the husband kills one of the guys hitting on his wife and blames the Creature. The Creature sees he's being set up and kills the husband, then meanders to the sea and stares at the waves.

The movie is comically bad, the pacing is off, and it offers little in the way of horror. It also doesn't age well, as the men are pretty misogynistic. This one can be skipped, unless you want to sort of see the Creature pick up a puma and toss it to the ground!