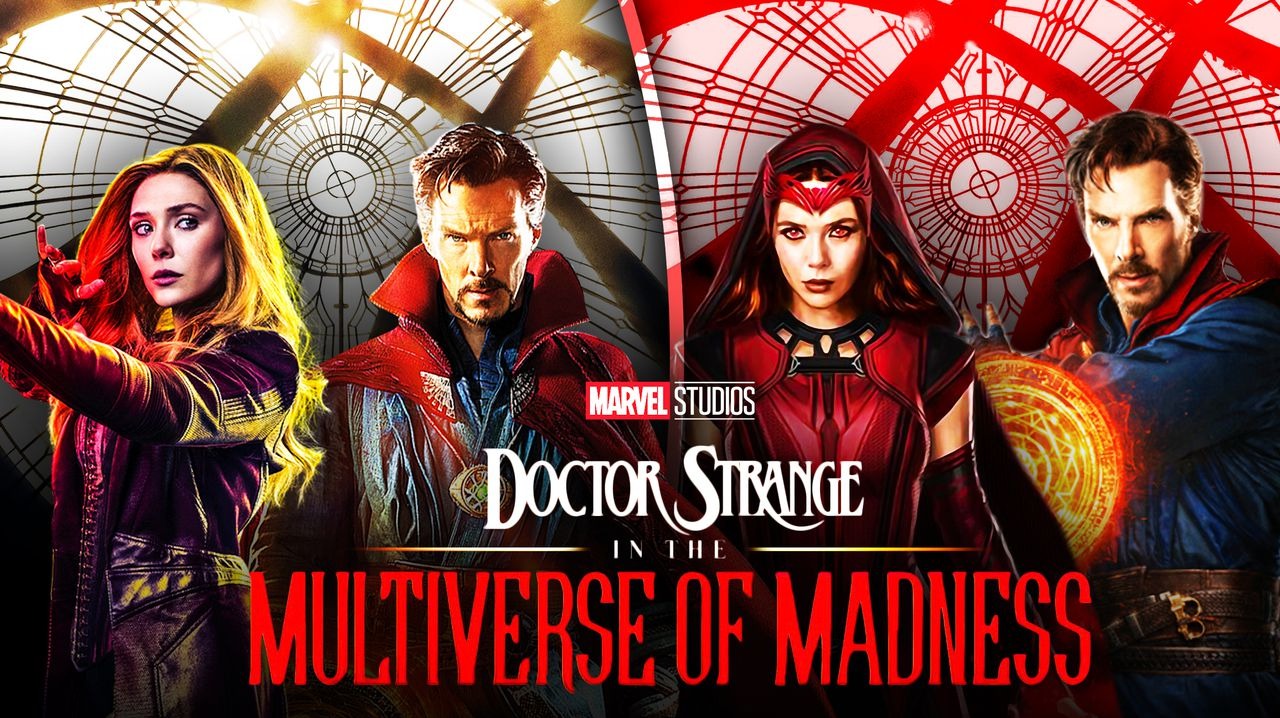 I've just been mulling over my thoughts ever since seeing doctor strange 2 last night, less than 24 hours have passed. These are just my thoughts, I've noticed the more I linger on it, the more things I don't like about it. Just coming out of the cinema I was wondering what are my feelings about the movie. Did I like it, did I think it was just okay. In my cinema, we didn't have any collective audience emotions so that influenced how I see the feel about the movie to some extent. The most outcry in my audience was mostly from the scary moments.

I'm all for Producer freedom but Raimi was pushing it a bit.

This is probably the most scare-inducing MCU film so far. They really push hard to portray Wanda as witch-like a horror film creature. Why ? was there a reason to, Did it enhance the movie. Was that a good choice or not? personally for me,, ahh it was a bit too much like they were really pushing it too far.  For me it was a bit like, okay we get it,  Raimi, " Wanda is a witch so we have to turn her into a horror movie monster" lurking around dark areas, with red eyes glowing, not saying any words, with a deadpanned stare. This made me feel like I wasn't watching an MCU movie at times. the whole point of her character is she wanted her kids , why did she need to get her kids to turn her into a physical representation of a monster, if you wanted to you could have written her character arc to portray that she is more unhinged and willing to become a monster just to get them. That's the monster aspects the movie should focus on, not some witch, dragging her legs like a dead zombie. 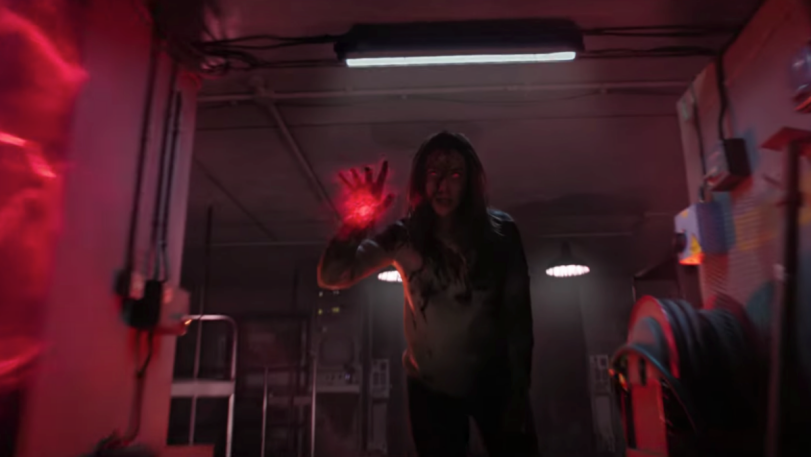 I am a very analytical person especially when it comes to media. That's a bad thing at times because it makes me nitpick a lot of   things I watch.

I think we undervalued the first doctor strange movie a lot. I just rewatch the first one a few days in preparation for this one and was reminded of what a good story that was. What made it a really good story was the character change and evolution of the strange. He might probably have one of the better character shifts in the MCU universe, and it's mostly thanks to the really underrated character the, ancient one, seriously you guys should really rewatch the movie just for her scenes and line. I know the MCU is a superhero movie, so they are not particularly known for hard-hitting lines but DAMNN!!. Lines like "it's not about you". Or "you are a man looking at the world through a keyhole". As someone who loves philosophy and quotes. That's probably some of the best lines I ever heard in these movies. She was also a serious character, she never was played for laughs.

Doctor strange was an egotistical guy, who did things that only will further himself and he got pulled down a peg after he lost his arms. That is some of the best ever in the MCU. Like, tell me other characters who have such amazing character reckoning. Tony, Thor, Captain America perhaps.

Of course, I know it's two different movies trying to achieve different outcomes. Strange will not go through the same arc twice. But I don't feel we went through anything that much. Most reviews even say that strangely does not feel like the central figure in this movie, it feels more like Wanda's movie with most of the character development focusing on her., Even now I could think of some arc for him, that the movie could have used.🤔

How many times are we going to see the MCU phase 4 disrespect past characters and make them look weak? These movies are retroactively ruining a lot of characters' menace and intellect. Okay, so Thanos was defeated again here, and also in WHAT IF, the series. How? I don't know besides the point. Then think about this for a second Thanos was defeated by the Illuminati who in turn just got decimated by Wanda who is not even at full strength. The same Wanda who could not beat Thanos in infinity war or endgame. I don't get it, is she stronger than Thanos or not. 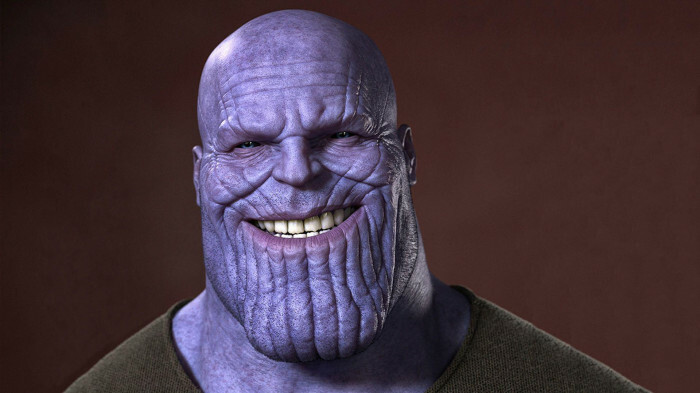 Now that the multiverse concept exists, there are infinite versions of the character. Every hero is expendable, why should we care about any version of them, Marvel didn't. Look at how fucking easy Wanda destroys the Illuminati. Do you think if this was the only universe, 616, that Mr. Fantastic would die that easy, or Captain Marvel, same goes for Peggy Carter, Captain Britain, and the other guy, I forget his name? They would not die so easily because the movie would make sure that they all had a good showing of their powers even if they would lose in the end. They just show up on screen and in the next scene get killed, it seems like the writer was just trying to get over this scene . it feels like they just wanted to show the audience a peek, "Look! who we have, it's all an audience tease, even if it does not make sense to the overall 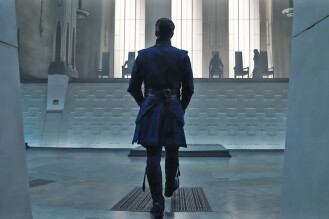 The multiverse makes every character expendable. Marvel better be wary of how they use this Multiverse plot because it has a chance of completely killing all tension in any upcoming movies.

The biggest problem with this movie is the runtime.

clocking in at about 2 hours this movie is way too short for the number of things it wanted to introduce. there is a good movie saga in here somewhere.

some of the elements it already introduced in the show wandavision like the dark book or whatever but that's not sufficient.

This could have easily been a 2 part movie like the Thanos saga. 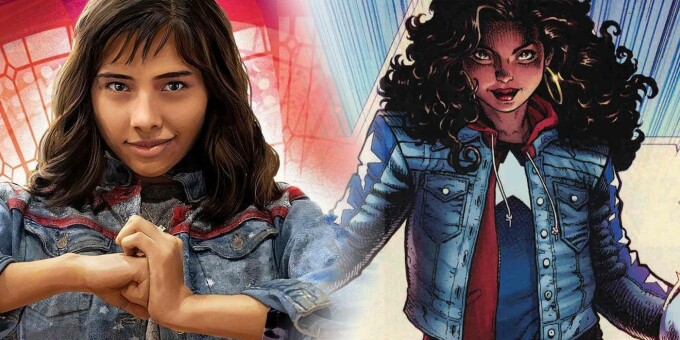 so yeah that's it, ill watch the movie again in the future at some point, but for now this is all my thoughts