Referral-Based Reward Programs and Why You Should Use Them 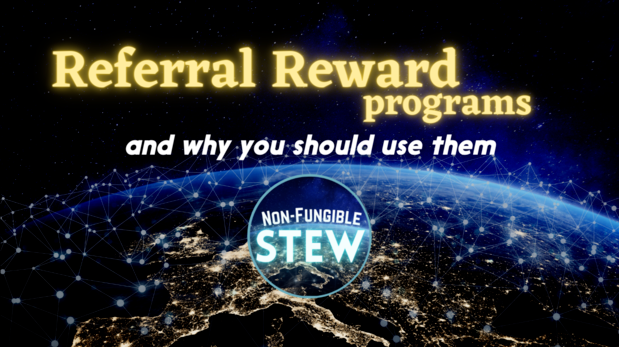 Referral-Based Reward Programs and Why You Should Use Them

This is not investment advice...

But it is advice nonetheless. In this article, I will explain why referral-based marketing is so important (revolutionary) in the budding blockchain, NFT and Play-to-Earn industries. We have all been led to believe for years and through complex corporate conditioning that when we purchase something, there is only a single entity deserving of that money. This is an illusion. Let's take a red pill together and examine what we see. 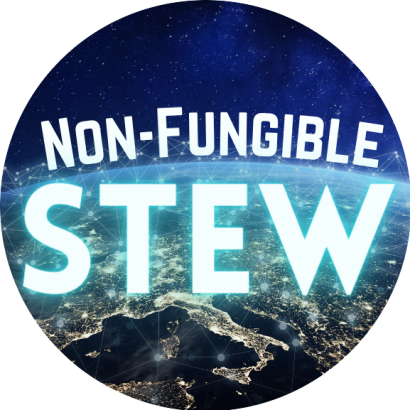 Network marketing is a type of marketing that relies heavily upon word-of-mouth, person to person advertising. It feels strange to use the word "advertising" in this way, because as a 21st century marketer, I avoid traditional forms of "advertising" like a plague. I'm talking about print, radio, television, even social media advertising... they are all part of the problem, and they would all like you to believe that the power to reach people is theirs alone. Traditional advertising offers few (if any) guarantees, and it is often as much of a gamble as pulling a slot machine lever.

For the purposes of this article, I will be talking almost entirely about social media marketing, exploring ideas and sharing ways that both you and the projects you love can benefit in spite of the corporate overlords (as I like to call them). Companies looking to expand are stripped of their money in many ways: Pay-per-click, paying for views, paying for impressions, even paying for followers.

Guess who gets to decide how much money these illusory advertising services are worth: The social media platforms themselves. These are the very same platforms that have built themselves into giants by stepping on the potential success of countless smaller companies, cornering the attention market, and ensuring not cooperative success, but large scale failure of small businesses everywhere. This is not right. The power should be in the hands of the ones doing the real work, and I mean you who are not afraid to be vocal about the things you love.

Most companies who dabble in social media advertising can tell you that it costs anywhere between $2 and $10 to onboard a single new user with these methods, even if the app is free to download with in-app purchases. This is unacceptable and unsustainable, and when I think about it, it is nothing short of infuriating.

Gala Games is one perfect example of a company whose mission has really spoken to me, for it aligns with the sentiments I have described above. Led by big-time developers and designers from the mainstream gaming industry who have been down that road and seen the light, Gala is determined to give power back to the players. They are doing this through a very complex system of referrals, staking rewards, and property owned by the gamers themselves.

We all need to fight the (implanted) gut reaction that just because we are making money in rewards, someone else is always getting ripped off or taken advantage of. This is false. Here is what a ripoff looks like: A company may spend $50,000 on a social media advertising campaign that yields a per-user cost of $7.50 per person. Who got ripped off? Not the players who are signing up, but the company whose long-term success all those players are wishing and hoping for. It is not a pretty system.

We are now starting to work together to build a new system by which players, collectors and supporters can earn those rewards instead of the corporations. This creates a much more effective marketing environment that will reveal the true abundance in this industry that has been desperately hidden by the corporate media giants. They can hide no longer. Referral-based marketing is the answer.

These are exciting, empowering times, especially for the passionate.

Splinterlands has worked hard to build a culture from the ground up that rewards every aspect of not only playing the game, but sharing it and interacting on social media. This has resulted in a sustainable and successful blockchain game that is profitable not only for the company, but for each and every player that uses it. 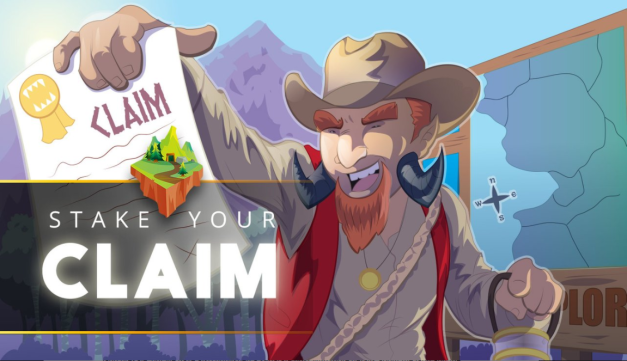 Players are rewarded for playing their Daily Quests and they are rewarded at the end of each season. Additionally they earn rewards for making posts, creating fan art, onboarding new players to the game, winning tournaments, leasing cards, and through multiple forms of blockchain staking. This is only the beginning, as Splinterlands is now developing their Land Expansion, which will skyrocket giving company revenue to the players to the next level. This expansion will give land-owners the power to create their own exclusive NFTs with multiple layers of in-game utility. These NFTs will not be sold by Splinterlands, but only by the players themselves. Power to the players.

Sign up and purchase Land with my referral HERE

As I mentioned above, Gala has already built a powerful and creative system of referral rewards, and they are only getting started. I know that because of their mission to empower players everywhere with true ownership of their assets, they will continue to pile rewards onto the ones doing the legwork as often as possible. 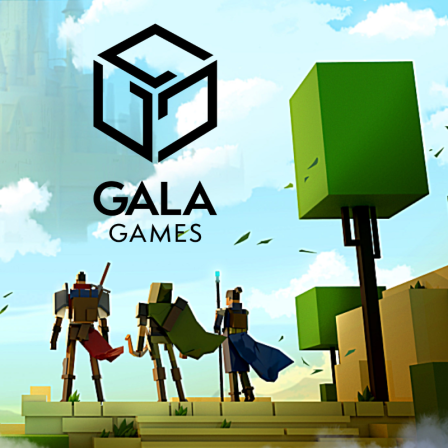 Like Splinterlands, Gala already has many ways to earn through referrals. Gala Nodes, a state of the art form of staking that allows holders to contribute computing power to the decentralized network, can even be earned through enough referrals. They are already to the point that you can create a passive income for yourself simply by being excited and sharing, and again, they are just. Getting. Started.

Please reach out to me if you are considering purchasing a Gala Node, and I'll point you in the right direction.

I am confident that purchasing property in games that support systems such as Gala's is a very good idea today, and that with the paradigm shift that is now happening, these properties will be worth substantially more in the future.

By sharing Gala's mission, you can help ensure their success (which I believe is already assured). That's some sharing that you can feel good about, not some talking point that is slammed down your throat by corporate advertisers at Facebook or Twitter which only benefits those monopolies. 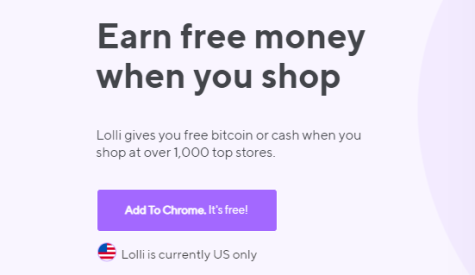 This shift goes beyond games, which brings me to another example that I would like to share with you. Of course, I am sharing for rewards, aligning with the greater purpose of this article. But I'm also empowering you to learn the importance of doing this type of sharing. If you don't like the specific companies I'm mentioning, that's okay, but I know there are countless companies in which you do believe. You should know that they all need you help, no matter how successful they seem to be. We must all work together and support each other with honesty and integrity if we want any hope of competing with the Blizzards, Amazons, Facebooks and Googles of the world.

That brings me to Lolli, a company that allows you to earn BTC simply by buying things at retailers. It's not just a small amount of Bitcoin either, and this should give users an idea of how much a normal marketing service may be throwing away to corporate giant publishers and platforms. Check out the top of their list below. Sure, these are retailers with markups - most of them cannot compete with Amazon's warehouse prices. But those who shop for quality usually know that retail companies offer better service, attention and overall quality of products.

Many of these rewards are far greater than those earned as "cash back" from credit card companies. Lolli is a company that clearly believes in the power of the paradigm shift that I have been describing. They know that by rewarding customers for sharing, and rewarding them well, they will earn truly loyal customers and make real, lasting connections.

Unfortunately it is only available to US residents at this time.

I'd like to say a bit about Blockchain Heroes, not only because they have a big release happening in just a couple hours, but because they are huge contributors to the reward-based-marketing paradigm shift. 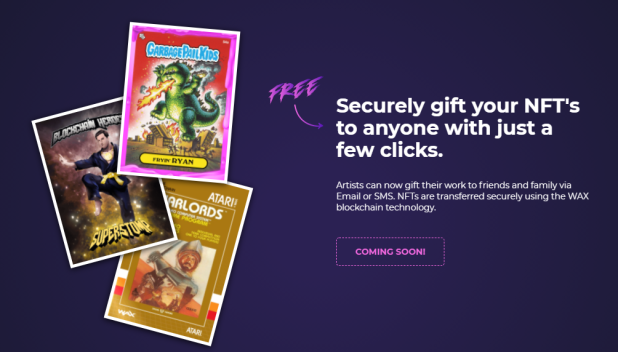 Check out THIS ARTICLE from Blockchain Heroes' co-founder Joel Comm!

This idea immediately caught my attention, and I will be testing it out by sending Blockchain Heroes Packs to my normie friends and family. I will be able to do this simply by entering their email addresses. They will not be required to have a blockchain PhD or even a WAX wallet. This is a huge step toward mass adoption of NFT collectibles, and I'm so excited to be a small part of history here.

Don't miss the Blockchain Heroes: First Strike launch TODAY, 12/15 at noon EST, immediately to be followed by the Friends and Family Phase 2 portion of the sale. I look forward to full implementation of their reward program, and cannot wait to see what these incredibly smart innovators come up with in the future!

There is no need to feel ashamed about this kind of network marketing. In fact, you should feel confident and satisfied when sharing. There is no one who can better advertise for a company than a trusting and loyal customer. By sharing, you are contributing to a system that ultimately takes power away from the corporate overlords, giving it back to the players, collectors, and investors... you know, the passionate people. 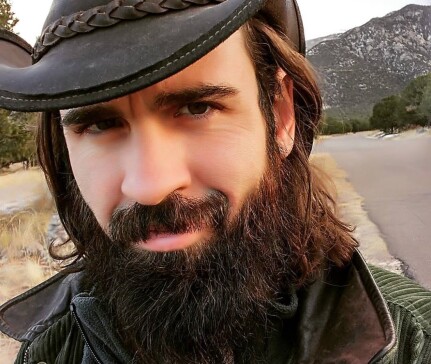 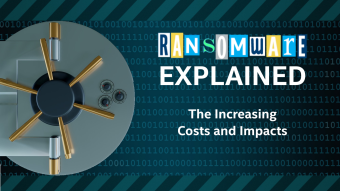 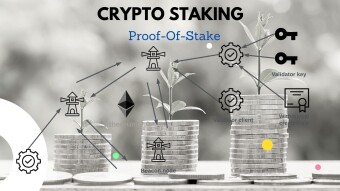