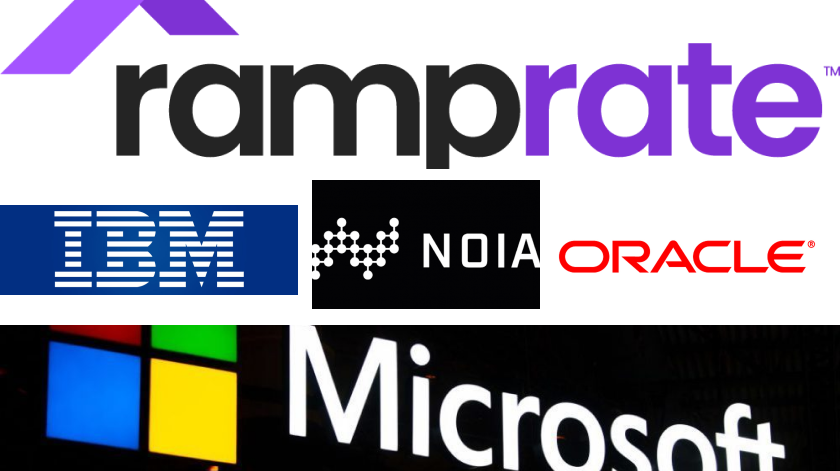 NOIA network has transitioned from just a content delivery network to a project set to solve the biggest problems of today’s internet. In a previous post I gave a good insight on what NOIA is working towards achieving with its programmable internet project.

Not to put it up on you but I’m certain you were impressed with such ambitious move which is already coming to realization, well, fact is, you weren’t only one who got caught in this love spell. A couple of other very reputable and notable tech firms have also lent the NOIA team some hand and formed strategic partnership with a common goal of achieving the dreams of NOIA network.

RampRate is the world’s first software-defined IT sourcing advisory service provider. Offering its services to wireless communication firms and content delivery networks, RampRate manages billions of dollars in IT spend for some of the most important firms in the world. RampRate has performed over 500 IT sourcing transactions including 170 restructures with a 99% success rate. Sourcing specialties include datacenter / Colo, content delivery networks (CDNs), hosting, telecom, bandwidth, managed services, helpdesk / desktop, WAN / LAN, mobile, and server / network hardware. RampRate is engaged with leading companies in industry verticals including media and entertainment, online video gaming, publishing, tech, finance, e-commerce and Web 2.0. NOIA network has partnered with RampRate to lead its strategy and business development efforts.
Impressed with what NOIA network is building, Tony Greenberg, CEO of RampRate, has also joined the NOIA network team as a Special Advisor to the Board.

NOIA Network has partnered with Oracle by joining its Partner Network, a selected group of trusted companies that work together to build, sell, and service cloud-based software.

As an Oracle Partner, NOIA network is now able to:

More about ORACLE and NOIA partnership NOIA network successfully joined the Microsoft for Startups program. With their participation in the program, NOIA team hopes to work together with Microsoft teams to help scale and develop the NOIA project by providing business expertise, connections, Microsoft tools and other needed resources.

More about Microsoft and NOIA partnership 100TB is a leading provider of web hosting solutions which operates on a global scale. They proved their name in 2010 by proving 100TB of monthly bandwidth with all their servers. The company owns and operates seven world-class data centers in Amsterdam, London, Chicago, Los Angeles, Miami, New York City and Salt Lake City. In partnership with SoftLayer, with their additional 18 data centers,100TB is delivering a truly global reach. With respect to this partnership, NOIA network will connect our 100TB’s data centers to the NOIA Backbone. E-shelter is a world-renowned carrier-neutral supplier of data center services, providing highly secure environments for housing and connectivity of IT and network systems. The company is a member of the NTT Communications Group of companies whose network connections span over 190 countries and regions around the world.
NOIA’s partnership with E-shelter dates back to October 2018. (NOIA) As a content delivery network, E-shelter facilitated various clusters of both privately and publicly connected nodes for NOIA, needed for development as well as performance and reliability testing. With the new programmable internet project, E-shelter will provide NOIA Network with an opportunity to apply dedicated hardware connected to best internet exchanges (BCIX, DE-CIX, ECIX, SwissIX, VIX) which allows NOIA to reach more than 700+ networks all around the world, as well as grant access to global transit providers. Cherry Servers is an international Bare Metal Cloud services provider with its headquarters in Lithuania. Bare metal server is a single physical computer dedicated to a customer. And that’s what makes Cherry Servers stand out — multiple customers don’t need to share the same machine and each tenant can run their high-end workloads in a stable and predictable manner. With both firms partnering, NOIA network’s main partnership responsibilities will include connecting all the data centers of Cherry Servers. IBM produces and sells computer hardware, middleware and software, and provides hosting and consulting services in areas ranging from mainframe computers to nanotechnology. It is also a major research organization, as of 2020 holding the record for most U.S. patents generated by a business for 27 consecutive years. Inventions by IBM include the automated teller machine (ATM), the floppy disk, the hard disk drive, the magnetic stripe card, the relational database, the SQL programming language, the UPC barcode, and dynamic random-access memory (DRAM). (Wikipedia)

By joining Startup with IBM program as a Premium startup, NOIA is eligible for $120k in cloud credits, which can be used for more than 130 unparalleled services from IBM. This will further streamline its development efforts and accelerate network growth. 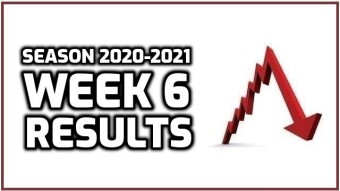 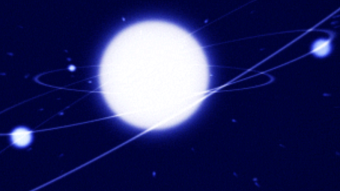