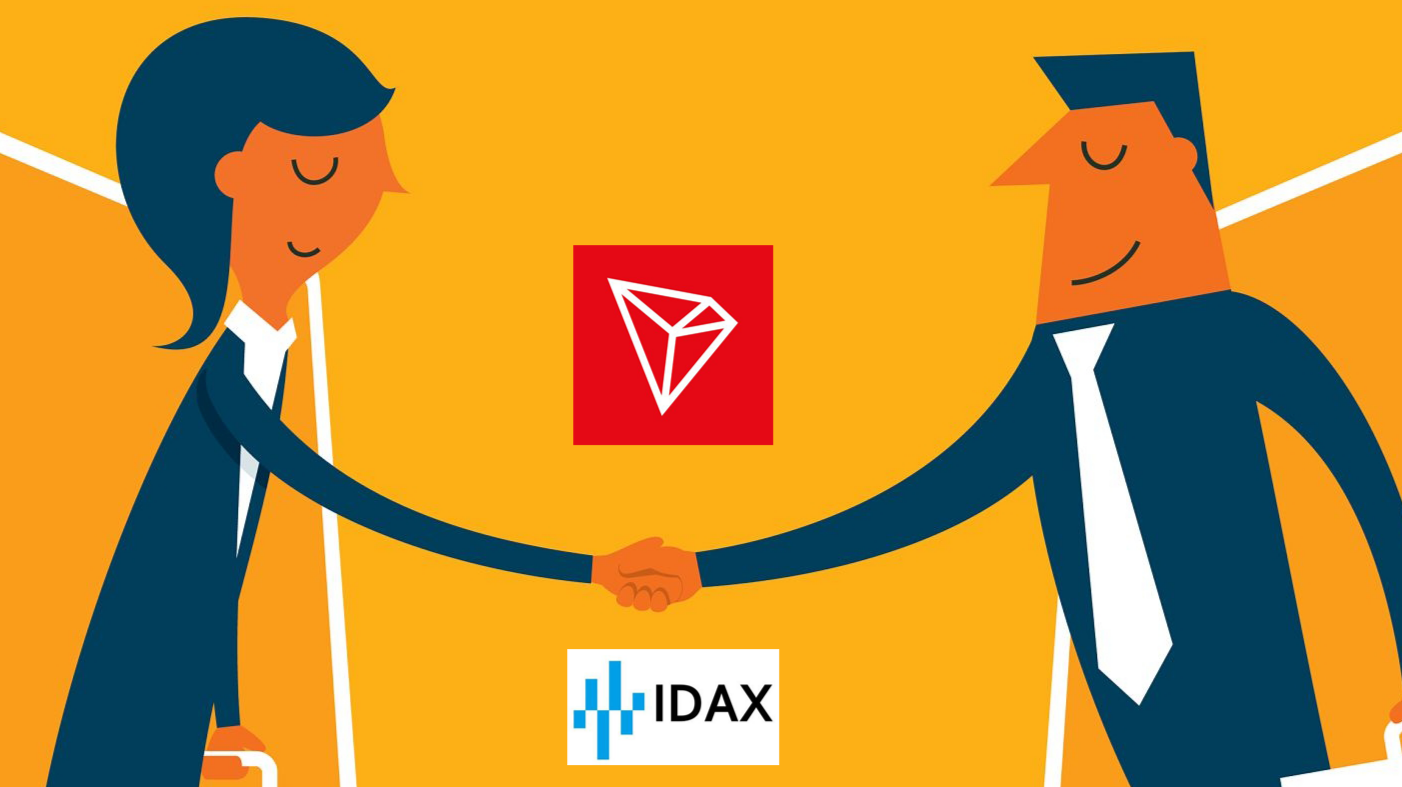 Tron Foundation has just recently announced from its latest Tweet the inclusion of TRX on IDAX. Bittorent (BTT) and Wink (WIN), two of its biggest native tokens are also added as trading pairs for TRX. 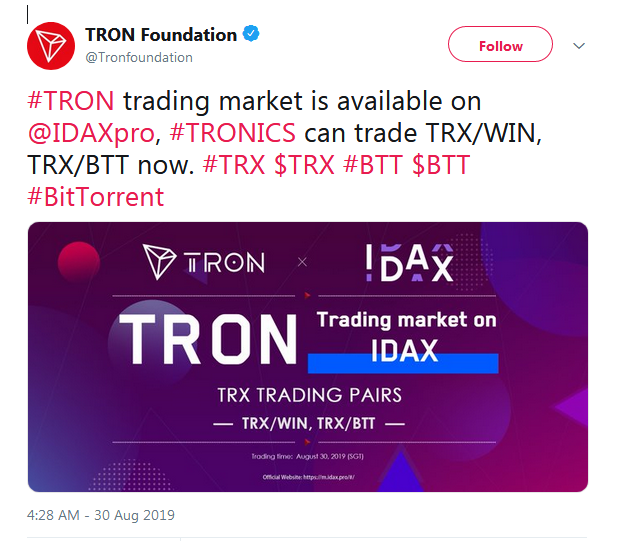 Not so long ago Tron CEO Justin Sun has been a subject to some controversy that resulted to a lot of negative feedback coming from both Tron hodlers and skeptics. The recent failure to secure a lunch date with Warren Buffett has cost TRX to nosedive from its position in the CoinMarketCap top 12 to top 14. Many blamed Sun's irresponsible actions while others are busy casting FUD to an already gloaming situation.

But you know the man, Justin Sun is Justin Sun. He has that charm to turn a negative situation into an opportunity. Whether its a bad publicity or not it's still creating a buzz. News like this is nothing new. Instead, it still makes any crypto enthusiasts ears to tingle in curiosity.

To start recovering from negative tirades, Sun Tweeted last August that he is forming a team that will focus on adding TRX to western trading markets. They are specifically aiming to put TRX to the top cryptocurrency exchanges such as Coinbase and Binance. With the inclusion of TRX to IDAX, Tron hodlers are now crossing their fingers to see more positive progress from Tron's recent slump to a sudden surge into the moon.