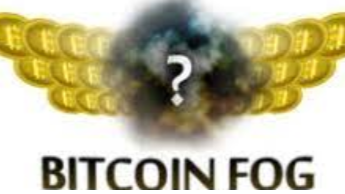 Honestly, I almost skipped over this story as I didn't know what Bitcoin_Fog was... Interesting developments for Crypto realm if you ask me!

US authorities arrested Roman Sterlingov in LA, California and charged him with laundering more than 1.2 million bitcoins.  Was this the money laundering 'Screaming' mentioned a couple weeks back, Crypto's are only used to launder money?!?

Who is Roman Sterlingov is the primary operator of Bitcoin_Fog and is a dual citizen of Russia and Sweden.

What is Bitcoin_Fog? it started in 2011 and offered to obscure the source and destination of its customers' cryptocurrency, making it one of the most venerable institutions in the dark web economy. Ah the seedy underbelly of the online realm! allowed users to blend their transactions with those of others to prevent anyone examining the Bitcoin blockchain from tracing any individual's payments. Where he earned commissions on those transactions of 2 to 2.5 percent.  So, over the past 10 years that Roman Sterlingov allegedly ran Bitcoin Fog he laundered a haul worth $336 million (at the times of the payments).

Let's break down the haul as its extensive: $336 million the complaint accuses Bitcoin Fog of laundering, at least $78 million passed through the service to various narcotics-selling dark web markets like the Silk Road, Agora, and AlphaBay over the years that followed. Sterlingov allegedly earned roughly $8 million worth of bitcoin through the service, based on exchange rates at the times of each transaction.  So, the authorities knew this was going on and waited how long to act?  Don't ya think they could of had enough evidence after 1-2 years?    How much would those BTC be worth at today's or even last weeks value?

How did this Bust happen?  Seems the IRS was working in conjunction with US law authorities.  The IRS criminal investigations division,  started digging into what appears to date back to 2011 transactions and these put the IRS on his trail. The IRS also used undercover agents in 2019 to transact with Bitcoin Fog, and setting a trap with email that explicitly stated that they hoped to launder proceeds from selling ecstasy. Bitcoin Fog completed that user's transactions without a response.

Let's get this straight, the IRS tracked down Sterlingov using the same sort of blockchain analysis that his own service was meant to defeat!   Based on tracing those financial transactions, the IRS says, it then identified Mt. Gox accounts which yielded home address and phone number. Additionally,  a Google account that included a Russian-language document on its Google Drive offering instructions for how to obscure Bitcoin payments.

Lessons learned - the IRS is very adept at tracking transactions cash or Crypto.  You should rethink not declaring your Crypto transactions on your IRS tax forms. Just some friendly advice.  All for punishing the guilty not the innocent, thus far Roman Sterlingov is innocent until proven guilty. 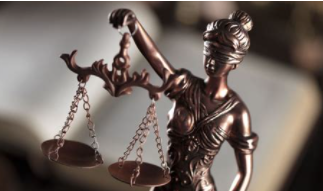