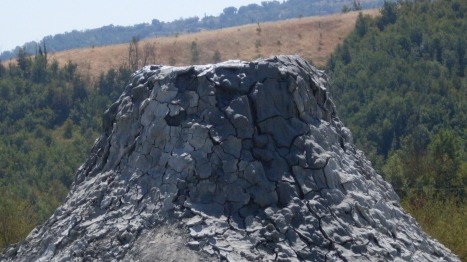 Mud volcanoes are an amazing and spectacular geologic phenomenon that can hit our fantasy with a particular touch. 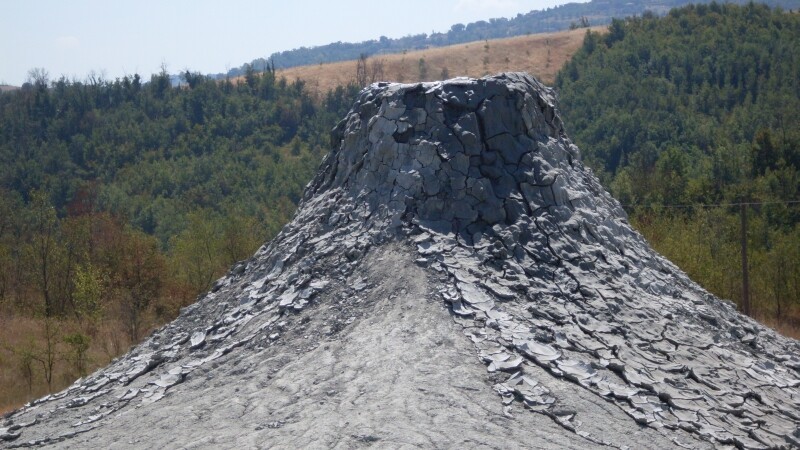 Their formation is due to the presence in the deep soil (hundreds-thousands of meters) of hydrocarbon reservoirs that are not well constrained under a low permeability cap.

The pressure permits the hydrocarbons (generally methane) and saltwater to go up in the ground until getting out on the ground, building a mud cone. 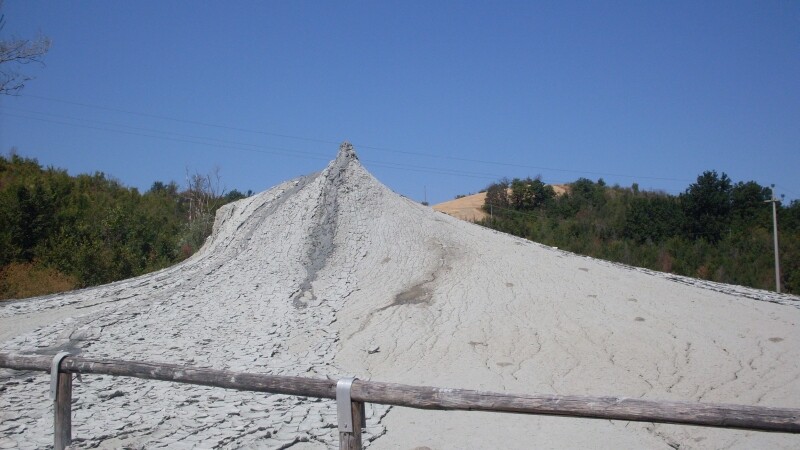 The pictures were taken in the "Salse di Nirano" park where a system of fences and pathways has been realized to can better preserve these strange and suggestive geologic forms.

The name Salse is the name locally used and it stands for the presence of "saltwater", while "Nirano" is the locality belonging to the municipality of Fiorano Modenese.

The images were taken by me with a 5Mpx simple photo camera.