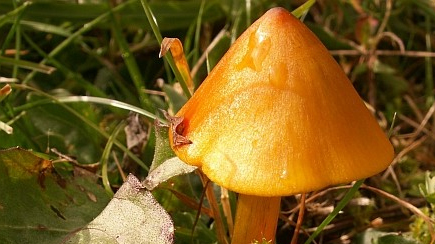 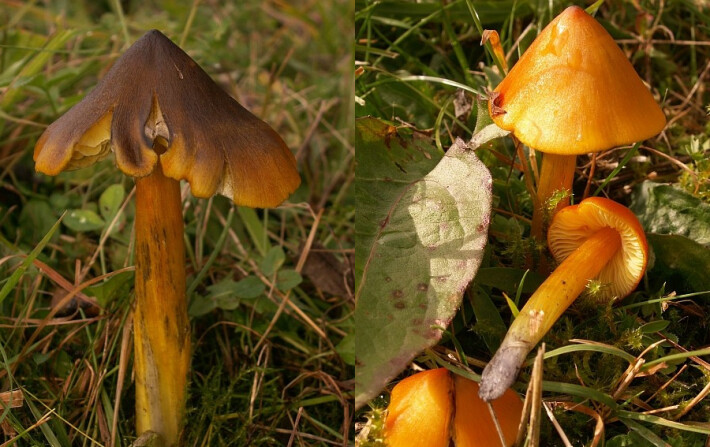 Stem 60-100 mm high, up to 10 mm thick, cylindrical, hollow; dry, longitudinally fibrous on the surface; yellow, orange-yellow, red-orange, whitish at the base, often with a greenish tinge. Blackens after damage.

Occurrence: On meadows and pastures, on the edges of forests, on glades, in thickets; in grassy and humid places. Grows singly or in groups; from June to October. Quite common.