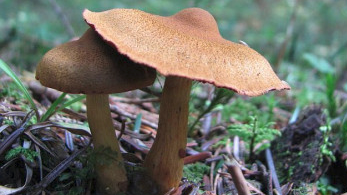 Occurrence: On the ground, from lowlands to mountainous areas in pine and spruce forests, rarely also under deciduous trees (beech, birch, oak), on acidic soils, in wetlands among mosses, in peat bogs, it grows in clusters. From June to November.