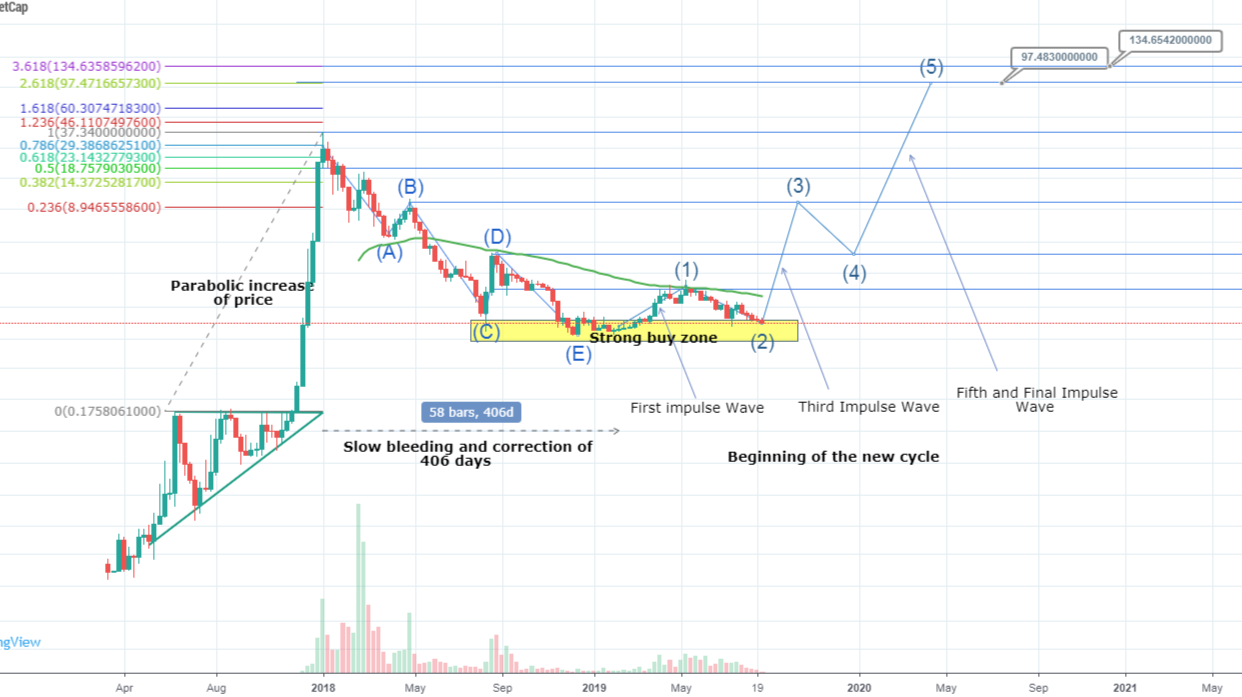 In 2017 one thing was consistent amongst crypto traders... they all thought the market would continue to rise. They didn't know what coin, but collectively many were convinced that the market cap would exceed 1 Trillion dollars. Fast forward to the future and many people still share this same sentiment, except this time around, they know exactly where to put their money.

Real projects, that's all the talk of 2019. You'd think that would be apart of the conversation all along, but it wasn't, people invested in some strange coins, Garliccoin comes to mind... such an odd name for a potential currency. One coin that comes to my mind when I think of a real project is Nano. Since day one this team has been crushing it, creating an instant, feeless, green currency.

The price once reflected this, in 2018 Nano went from $.10 to $34 in a 2-month time frame. That's a 340x return in just about 60 days. However, if you look at the currency today it's dropped significantly, right now Nano sits at $.93 and so many supporters are crossing their fingers that people eventually see it's potential.

Which makes me think, what is Nano's potential? Well, a member of the r/Nanocurrency subreddit seems to think it has immense potential, he stated that he believes Nano could cross $100 and once it does that, then it won't come back down. Here's how he broke the entire thing down.

I'm going to tell you something that might wake you all up, and that is that this upcoming bull won't be easy. There will be many temptations for you people to flip your NANO once it starts to pump. The resistances are fairly simple to see 2$, 5$, 10$, 20$, 40$ and so on.

Many people will try to flip their NANO. Some will probably be successful: "Hey look, I just made easy 20% increase of my NANO stash, I do this all the time". But then, the price will not go down once they short and then they will find themselves coming back in NANO and have less NANO then they started with had they just held it through since the beginning.

They will exit at 2$, but will start buying back in once we go past 5$, some will sell here at 5$ but will start buying back once we break 10$. This will continue until 20$, and finally until 40$ when we break the ATH in terms of $, then, with no resistance in sight, the journey will continue to 100$. During this entire rise, exchanges like Kraken, Bittrex, Poloniex etc. will stop ignoring the listing of NANO as they will realize that they are missing big portion of money they could be making of its fees, which will just cause it to grow more and more. 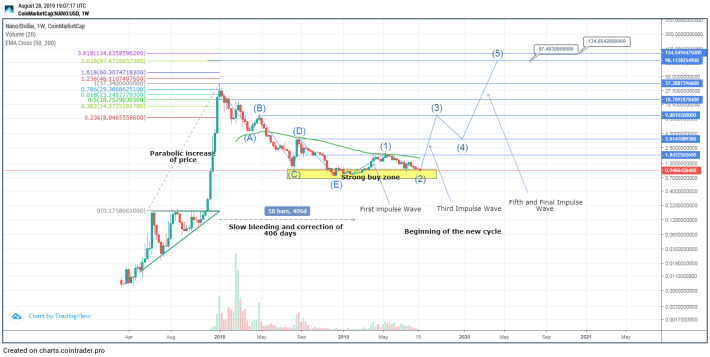 He even went as far as making a chart to further support his idea, on the chart you'll see that Nano goes well above the $100 mark, but what's even more interesting to me is that he has Nano's bottom at about $.90, meaning now might be the best time to pick up the coin. What are your thoughts on this? Do you think Nano can reach $100? Or is that chump change, let me know in the comments.