The present concept of CBDCs was directly inspired by Bitcoin, but CBDC is different from virtual currency and cryptocurrency, which are not issued by the state and lack the legal tender status declared by the government. Proposed implementations may not even use any sort of distributed ledger.

In order to push for more research and development in the field of CBDC, OMFIF was formed.

As per the official website, OMFIF is an independent think tank for central banking, economic policy, and public investment, providing a neutral platform for public and private sector engagement worldwide. The main purpose of OMFIF is to build bridges between the worlds of digital currencies and traditional banking and has a focus on payment instruments in wholesale and retail markets, and central bank digital currencies (CBDC).

The founding members of the institute include policymakers, technologists, financiers, and regulators, along with Cypherium, which is considered to be one of the most promising upcoming blockchain projects for enterprise. To promote and share ideas about CBCDs, periodic roundtable are hosted by the Official Forum of Monetary and Financial Institutions (OMFIF).

As per an Offical communication, On August 19th, representatives from Bank of England will take part in the round table along with delegates from Swiss National Bank, ING Nederland, and the Hungarian National Bank (Magyar Nemzeti Bank). Sky Guo, The CEO of the blockchain company Cypherium, will also participate in the discussion.

As per the official agenda, key focus of the meeting will be to tackle the ways in which blockchain technology can benefit various models for CBDCs which includes the use of smart contracts — e.g., as with designs for “programmable money” — and models for interoperable blockchain networks both within and beyond national borders.

This is just the beginning and we can be seeing more Central Banks participating in the research, development, and deployment of CBDCs which will be fully supported by OMFIF and Cypherium

Cypherium is an enterprise-ready blockchain project, which is designed to be highly scalable and robust which utilizes a hybrid design that features a joint Proof-of-Work (PoW) and HotStuff (Also adopted by Facebook’s Libra) consensus mechanism that can allegedly achieve thousands of transactions per second without sacrificing decentralization. Cypherium is designed in such a way to focuses on achieving scalability, decentralization, and commercialization viability.

If you wish to know more about the project, pls visit 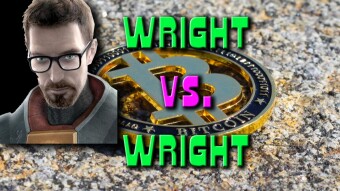 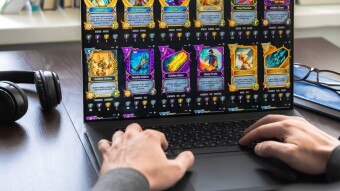 Here’s Why Gaming is Top Passive Earner in Metaverse