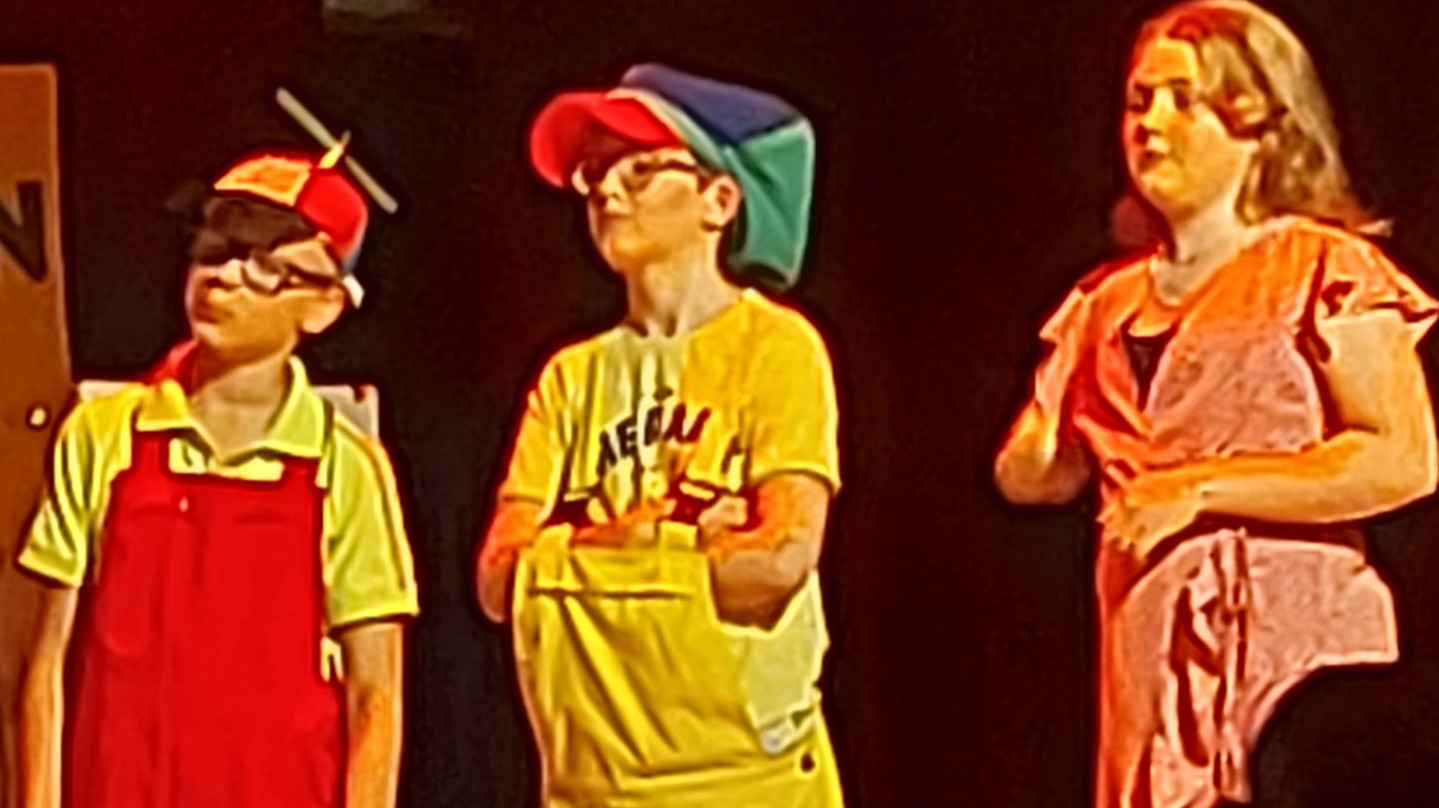 A down, depressed cloud is darkening my thoughts now.

I am having a little crisis of the mind at the moment. The house is silent, I’m alone, sober, and despite my best efforts my mind has decided to be stuck in contemplation mode. And well, t.b.h., when I think about a lot of things right now in my life there’s a lot of conclusions to be drawn, a lot of realizations to be realized and a lot to be regretted. I think this tsunami of depressive thoughts and emotions was spawned from, oddly enough, a very enjoyable and proud evening that I had earlier.

An awesome performance, a wonderful evening and an opportunity to be the proud father. Of course you're depressed.

My son’s graduating from primary school this year, and it's tradition for the graduating class to perform something near the end of their year. Some have cabaret shows, some have theater plays, and my son’s graduating class performed their Musical which they have written from scratch, completely original and complete with their own songs, acting, choreography, and everything. It was “Ruigrijk” and it was absolutely awesome.

Yes yes, I am biased, and sure you’d be able to find the entertainment value a lot less than I did, but it was fantastic to me. For about 2 hours I saw my son and his classmates perform and interact with each other in a way, I realized later, I had never seen him before. He was actually quite far along on the way to becoming a young man.

Damn memory, nefarious insidious and only working when you don't want to remember.

It also brought back loads and loads of memories from my own graduating time back in pre-school, my own never equaled performing of the song “The Jewel of the Nile” by Precious Wilson from the 1985 movie “Jewel of the Nile” (Yes I wore my grandmother’s dress). Things I thought my brain had wiped from memory ages ago suddenly came back in Chrystal clarity and Dolby surround.

I remembered the comradery between those in our class. I remember the way we interacted with each other, I remembered what we thought about things, and the love I felt for Maaike. The more I remembered, the more I remembered and the more I realized that my son was that age right now, going through that same exciting time and that the boy I thought came to visit me every week on Saturday wasn’t the young almost man that he actually was.

Or at least he wasn’t the boy that I treat him like every time we spend time together. And realizing that hurt, and saddened me. It made me realize how much of his life I actually missed. How much of his life I didn't get to share with him and, what hurt me the most, how much of him is less shaped and developed with the help and guidance from me than it is by his foster mother. That hit me real hard all of a sudden.

You were right, they were wrong, they win, and you're fucked.

Because in the back of my mind, I keep hearing the judge’s final ruling in the final appeal about his placing in foster care. “Arend should never have been removed from the care of his father, and the certified agencies relentless campaign to remove Arend from his father’s custody and care and placement into permanent foster care has been unjust, wrong, and damaging to Father and Son, the Grandparents and shouldn’t have been possible. However, the reality at this point is that it did happen, and Arend has now developed his life for the past three years with his foster mother, at his school, and with his friends. Removing him from that life to place him back into his Father’s custody and care could have damaging consequences for his psyche, development, and personality. It is, therefore, the court's decision to assign full legal custody to the certified child care agency and assign his care to his foster mother until the age of 18.”

Pfff, writing it down is like taking a blunt knife and ripping out my heart piece by piece.

That was three years ago, which was three years after they took him away from me based on lies, presumptions, prejudice, and the threat of budget cuts. It was also the moment my life effectively ended, and I became… well… technically I fit the requirements for being a zombie. For one day, from 12:00 till 19:00 I live, and the universe is as it should be, and everything makes a little sense somehow. For the rest of the time, the only thing I do is keeping any excuse and reason for ending my life far enough away for me to make it to Saturday 12:00 again.

I can't even kill myself in good conscience.

And there’ve been moments when I failed at that miserable but knowing that my Son would never forgive me nor recover from knowing his Father took his own life, and the only way I can….leave… is when it happens through actions or events I have no control over.

So I put up the brave face, and the strong front, and claw my way through the days to that moment he is in my arms again every Saturday. Supposedly rational, determined, and spirited living to my motto “Chin up, chest out, smile and keep fighting” and working to get employed, repay my debts, and rebuild my life back to what It was in 2008/9.

But really, I don’t think it's ever going to happen, and I’m not even sure that I really care that much that it won’t. Because back then I was so damned naive, ignorant, and gullible I still don’t know how it took so long for me to get taken advantage of and take me to the cleaners basically.

I lost a lot over those past 12 years, and I’m not even thinking about material things like Cars, Money, Luxury nice home, or whatever. No, I mean the ability to look at life and the world and just knowing, without a shred of doubt or sarcasm, that the world is going to be alright, people are good at their core and the future will only get better. The ability to completely trust someone or something without reservation or hesitation.

And I lost the ability to fall in love. And I’m not talking about infatuation or a crush. I am also not thinking about lust or having the hots for a woman. No, I am talking about a love that is unconditional, uncontrollable, and inexplicable. The kind of love that makes you do stupid things while being convinced you're doing the most logical and romantic thing any lover ever did for that one right person that you will grow old with.

I lost that. I lost it along with many things when that judge readout that verdict. Since that moment, I truly understand the expression that says a part of me has ripped away from me, and having part of you die.

Shut it down, this is a restricted area!

But of course having said (typed) that, getting it off my chest so to speak, my brain realized it was effing up and regained its composure. It has raised the “I can’t let anyone get to know the naked mind” barrier, and closing down the paths that lead to the thinking about my life, my miseries and the pointlessness of (re)constructing my life at this point of my life, at 47 with a life expectancy of no more than 2 decades in the best of cases.

Something something polished turd.

I’m looking at being in (mandatory)debt counseling for the next decade probably, and my career is more than likely over and done with. The job I had/want, and I’m good at is considered to be an entry or junior career level job that 19-30-year-olds do, and do it for 25% less than the law requires employers to pay me. I’m too expensive. There’s also a hole in my CV of seven to eight years of unemployment. No matter how creatively I describe what I’ve done in that time, no manager worth his salt is not going to recognize it as seven years without working for an employer or being one.

Gotta do what ya gotta do!

But I nevertheless have to go through the motions, have to appear eager to apply for job openings, to be enthusiastic when the end of year report from the administrator (of the debt agency) shows that my debts have been reduced by another 2000 euros. I have to be funny, laugh, be excited about new episodes of Loki, or something. I have to want to do entertaining things and be content when I get to do something that’s been part of my hobby for ages. Because if I don’t the Saturdays between 12:00 and 19:00 that I now have with my son might be reconsidered by the child protective agency or in some way be damaging or harmful for Arend.

And if that happens, nothing can stop me from punching out my card for good and bidding the world farewell. And that would hurt my Son irreparably, which is not an option.

So, basically, what you're saying is...

So I smile, I write, I play, and I claw my way forward through time, each time, all the time. I live, I laugh, I contribute, and build “my life” with an unwavering focus on the goal of becoming debt-free and employed within a decade.

I raise my chin defiantly, stick out my chest in confidence and pride and keep smiling and fighting my way through life, and into the future.

Sorry for this less than happy happy joy joy article.

My view on life and stuff. (a.k.a. the only truth)

I give you my wisdom on life or the world or civilisation or whatever. It shall be the only truth that is truely true. You do not have to agree ofcourse, you have the right to be wrong.