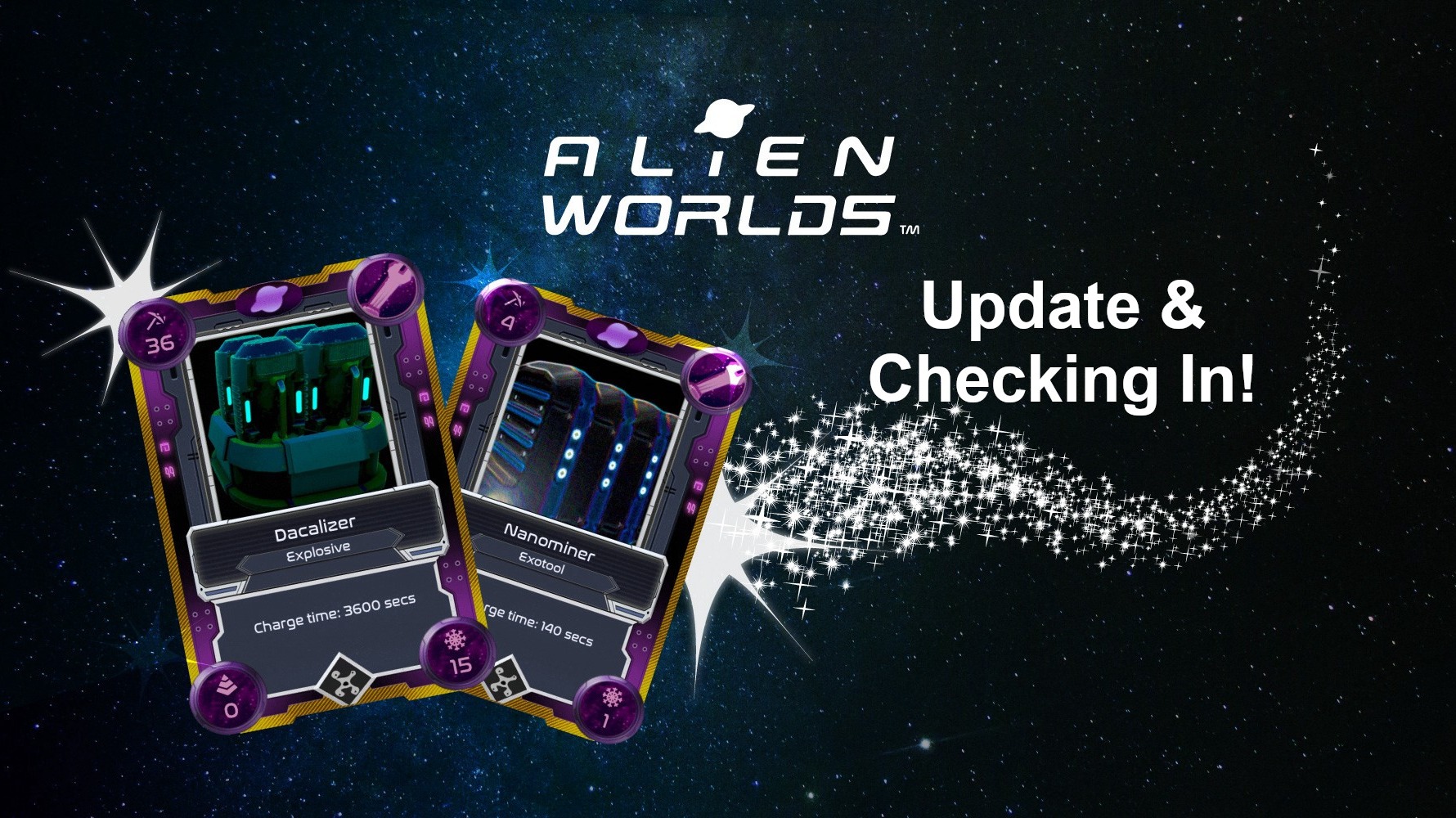 Alien Worlds - Update and Checking in

It's that time again where we talk about Alien Worlds. It is the #1 blockchain game so it's worth revisiting I would think. There have been 2.1 million people playing Alien Worlds since December 22, 2020. I got that stat straight from Alien Worlds themselves. So it stuck me as odd that they stated that number from a specific date in December. You would think the stat of like 3 million players from October, 2020 would sound better. So that seems odd to me.

But what do you know, maybe I am just a little cynical towards Alien Worlds. They sent out a new article to people and in it they talked a lot about the rate at which you mine TLM. Which again seemed odd to me. For those of us who have been around a while we know the game. We know what dictates how much TLM we are going to mine for the most part. So it was odd to me that the Alien Worlds team would send this e-mail/article out now to people explaining it. And to be fair Alien Worlds doesn't have a new players guide when you start the game or a FAQ in the game. If you go to https://play.alienworlds.io/ you are expected to already know how to play the game.

That is a big no no. And that is probably why they are sending this out now to educate everyone who is playing because of FOMO and trying to explain why they are earning so little TLM. So on one hand I get it but on the other hand it's just shining a light on the issues with Alien Worlds. 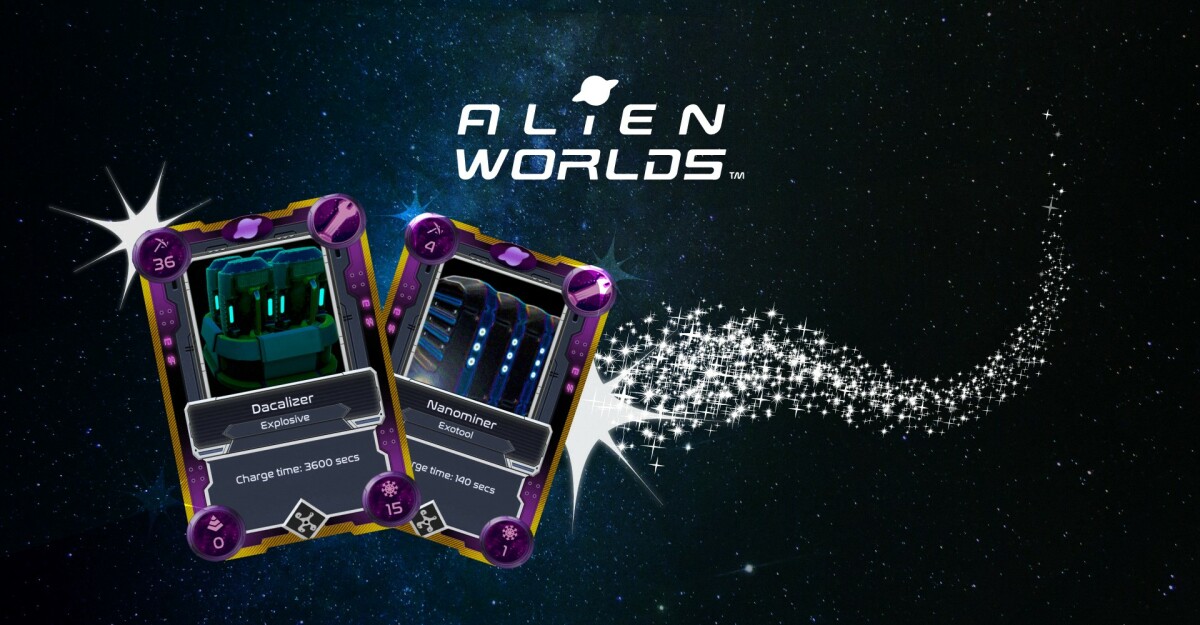 Did you know the Alien Worlds team flags accounts as bots and takes actions against them? I didn't know that but I guess it's a good thing. The interesting thing though is that they don't just block your account because I think that would let the bot operators know they were blocked and then they would just create a new dummy account to bot from. Instead the Alien Worlds team flags the account and when they mine they are limited to only 0.0005 TLM per mine maximum. So they are still getting something but nothing like a non flagged account would get.

If you are only mining less then 0.0005 TLM then you should reach out to the team to get you unflagged! https://alienworlds.zendesk.com/hc/en-us

NFT's and why we are never getting any anymore!

I know this is sore subject for a lot of long time players. We are not mining the NFT's like we used to and it sucks. Alien Worlds says there are 3 reasons for this:

- There are not fewer cards available to Mine

- Some NFT's are getting close to their total Mint amount

Now to me #2 and #3 are the same thing and they forgot the most important one... Alien Worlds nerfed the mining luck of a lot of tools except for the expensive ones. If you were mining with a 20% chance to get a NFT 3 months ago you are probably mining with a 5% chance now and it sucks and it's not clear to the miners.

You have your tools equipped and the NFT themselves have a LUCK on them, physically on the front of the card. And since it's a NFT you can't change the look of the NFT after it is minted. So what did Alien Worlds do? They decided to change the luck of the tools on the backend. So unless you are total in on all things Alien Worlds you would have no idea the tools you are using are never going to get you a NFT.

Alien Worlds has even stated that the only place to see your NFT's stats are officially is on its Google Doc. So you can't trust the image of the NFT.

My question is that when there are new cards out there are they going to intentionally botch the luck that is on the card or are the new tools going to have accurate stats on the NFT's? Because that is just asking for confusion and trouble.

They have stated that there are 6 new Tools being made and 43 new Artifacts coming. So anyone who has really really good tools already is going to be able to mine these cool new NFT's and everyone else is basically screwed. YAY Alien Worlds 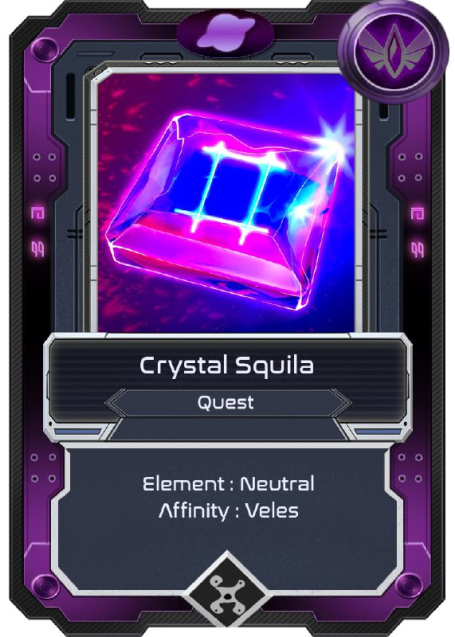 All of this kind of brings up a pet peeve of mine when it comes to blockchain anything. Look, I like Alien Worlds. I think it's fun and has potential. I also think they are heading is a bad direction and it will turn to a complete Pay2Win game like most every other blockchain game. But on to my pet peeve.

Most blockchain games or apps or just companies are not made and presented for the average user. What's the #1 complaint about people who have been in the blockchain world for under a year? It's impossible to find the information you need because everything is so different and so complicated. Why is it so hard for companies to create a How-To or a Guide literally ON THEIR PAGE so that we as the users know what is going on and it's a level playing field. Right now only 4,200 people are subscribed to Alien Worlds Medium account where they post updates like this.

There are 2.1 millions players. That is 0.2% of the players that are subscribed to these updates.

Then in order to claim your NFT's that you mine you need to go here: https://wax.bloks.io/account/m.federation

Then to see if you have NFT's to claim go here: https://aw.naw.io/

Oh and if you want guides then there is me on Publish0x :)

..... This is so stupid guys. To play 1 game you need some many websites. And that is not even counting getting a WAX account or selling your TLM on a exchange and then a wallet to hold it. It is so crazy and what I think I hate the most about the blockchain community. No wonder blockchain isn't taking off like we all wish it was. The barrier to entry is just so high. It's not sustainable and it needs to change asap. 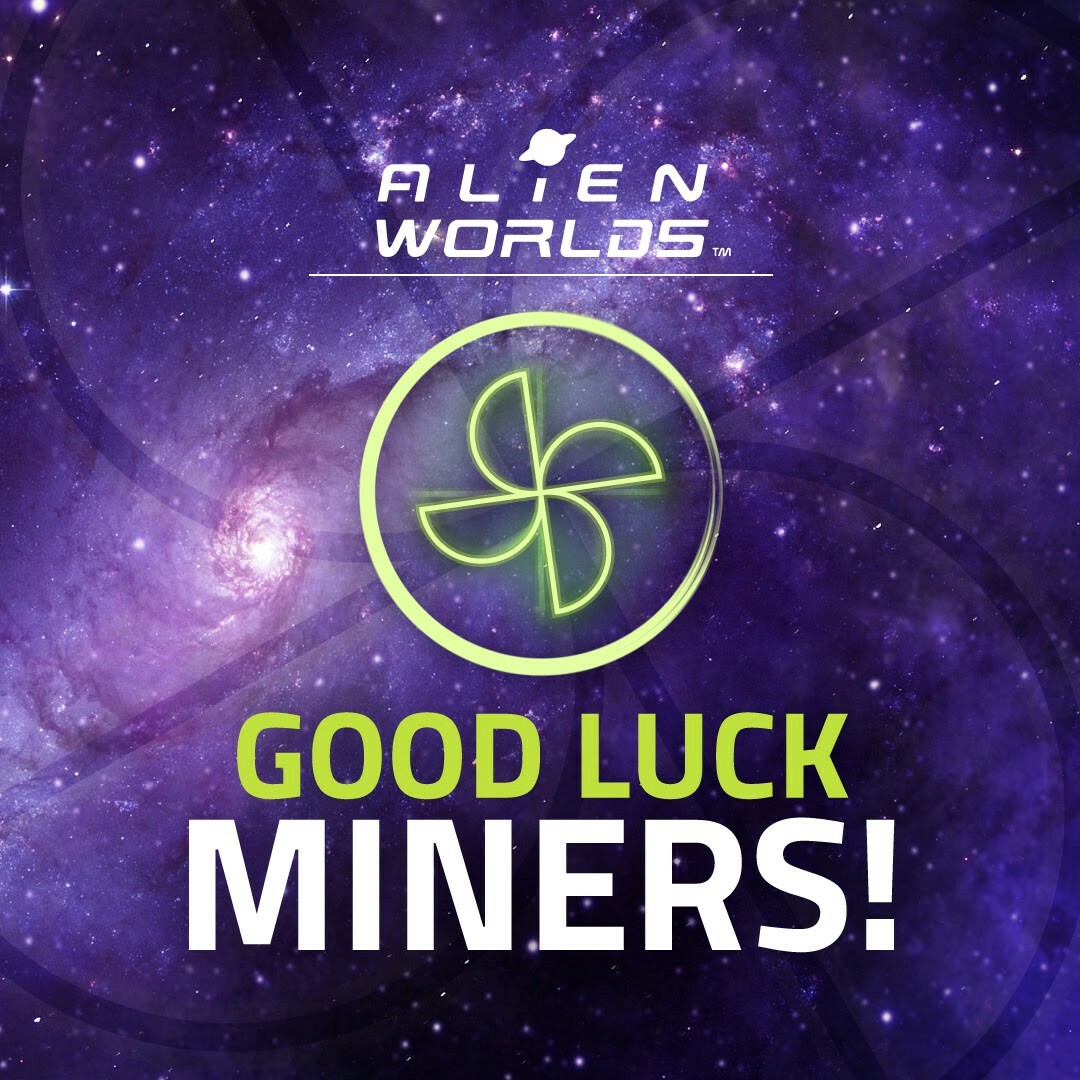 All images are from the Medium article by Alien Worlds: here

Oh how could I forget to add the new color change to WAX.. If you see this don't worry, it's supposed to be these colors now.... lol 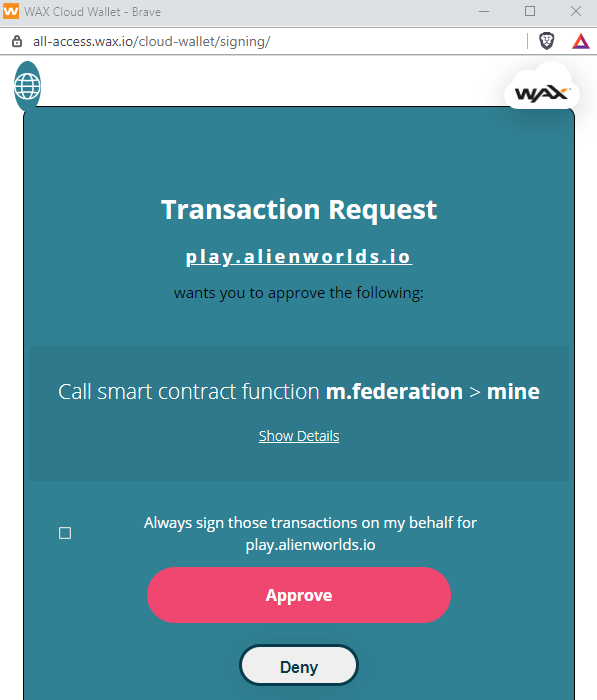