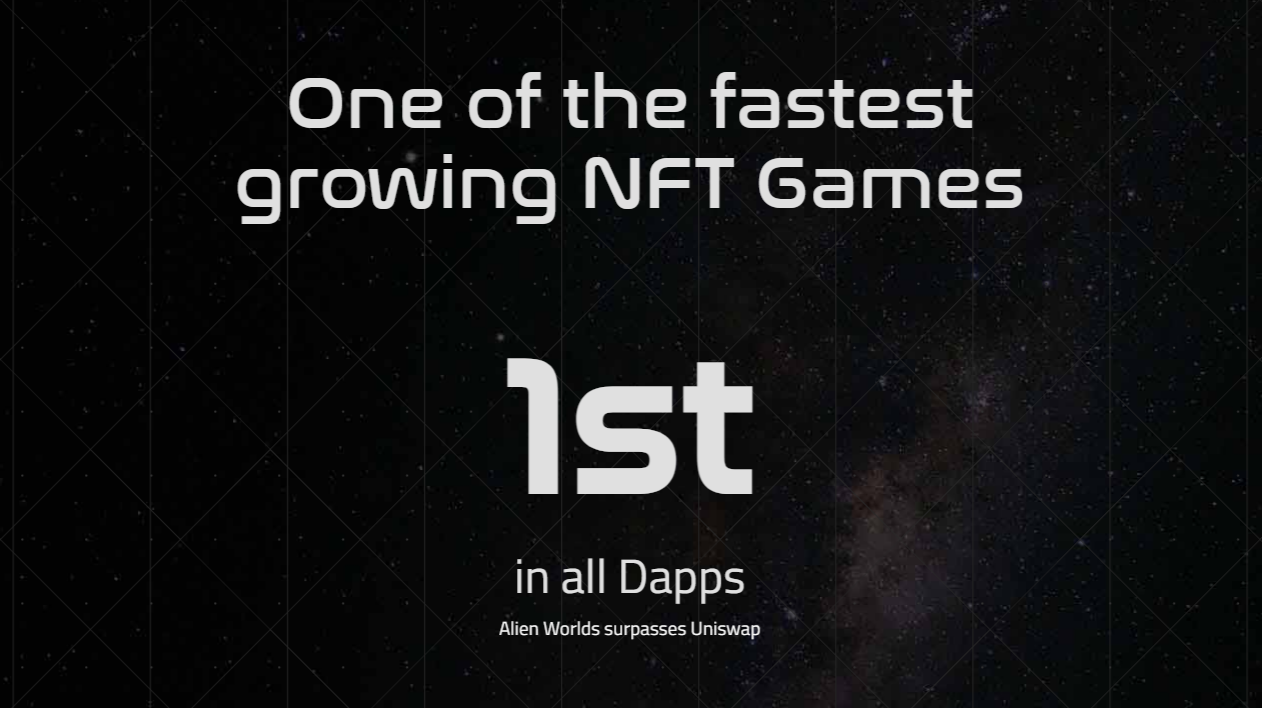 Alien Worlds has been gaining ground ever since... The Reckoning! (It's what I call it when TLM was listed on Binance and FOMO set in).

Those numbers are a little concerning to me. Because, if there really is 1 million players why are only 200,000 people playing each day. Sure yesterday could have been an off day where not a lot of people mined. But I also am led to believe that there are a LOT of inactive players. I would love to know how many people haven't played in say over a month. And how much TLM their accounts have. It would help us players know how much of the total supply is "locked away". There is a Max Supply of 10,000,000,000 TLM. But how much of that is in inactive account or people who joined WAX and Alien Worlds because of FOMO and then left to never return? I think it would change the cost of TLM.

I am going to exaggerate here but if we learned that 5 billion of the 10 billion max supply was "locked away" wouldn't it increase the value of TLM because it would overnight become more rare? 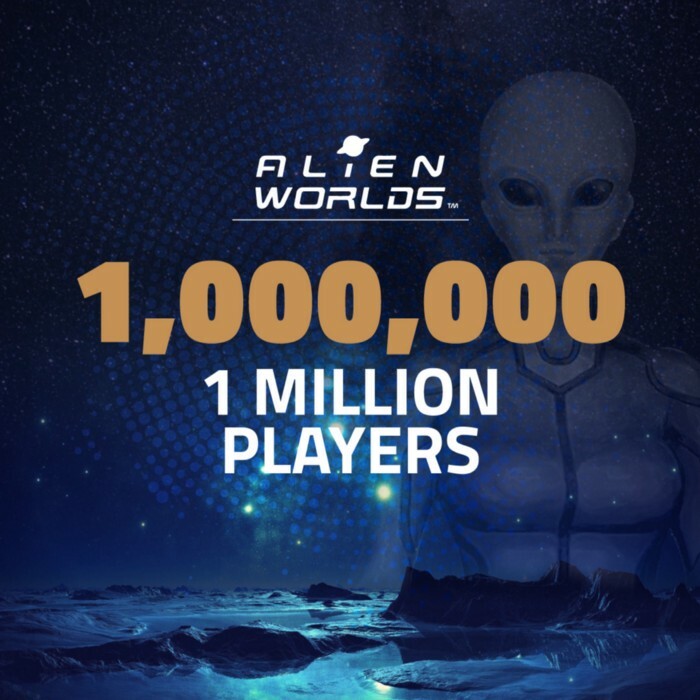 What is also interesting to note is that on April 23rd they announced there was over 500,000 total players and 150,000 people who mined in the last 24 hours. So the total amount of players has doubled in a week. That is absolutely bonkers!

What is good to hear is this line from the Alien Worlds developers:

Such a growth is not without challenges, and the Federation is continuously reviewing the impact on the metaversal economy. In order to preserve balance, and fairness, in the Metaverse, changes to game dynamics, services, and fees are planned.

With respect to this, explorers must understand that they are within a dynamic space where things will change.

That being said there are 2 main things I want to talk about in this article in regards to Alien Worlds and Quality of Life (QoL) updates.

Captcha or as I have been known to call it "Craptcha" article here. Apparently over the last 2 weeks players have complained a lot about having to perform captcha's every time they mine. Now we need to clear the air on this topic. Alien Worlds had no part in all those captcha's appearing. That is a Wax Cloud Wallet implementation. That being said the Alien Worlds team is working with the Wax Cloud Wallet team to try to limit the amount of Captcha's that appear. They will probably never go 100% away because it helps stop bots but limiting them is probably doable.

If you are new to Alien Worlds or just unaware of what Shining is then let me explain. Shining is when you take 4 of the same card and combine them (with a little TLM) to make then form the same card but 1 level up in "Shine". For example the Standard Drill has a level of "Stone" for it's Shine attribute. It also has a Charge Time of 120 seconds. 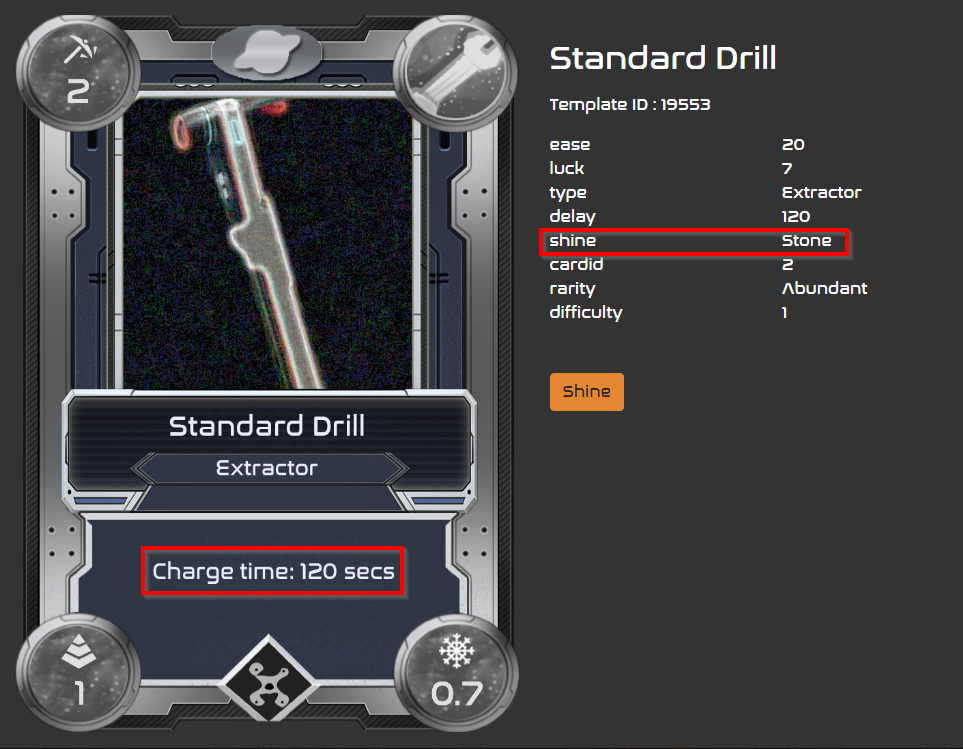 If you were to get 4 Standard Drills you could combine them to be 1 Standard Drill with a Shine level of "Gold". That would give it a Gold aura around the NFT and it would also reduce the Charge time to 115 seconds. Shining could boost any of that stats of a card but usually that happens after Gold level. 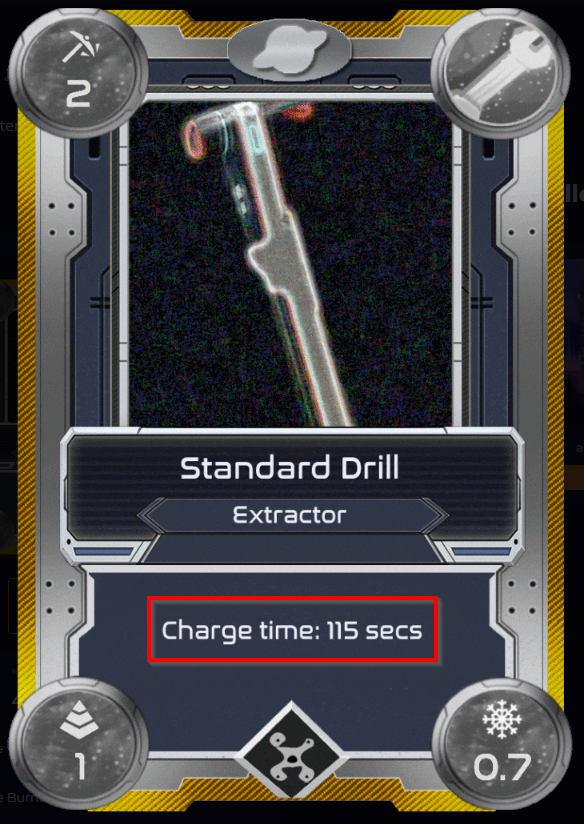 Right now to combine for Stone Standard Drills into 1 Gold Standard Drill costs 500 TLM. Which is very high but if you have been playing a while it wasn't that crazy a month or two ago.

Here is where you can go to Shine a card: https://unbox.alienworlds.io/inventory

Onto the Shining update though. The Alien Worlds team understands that the rate of TLM gathering has significantly reduced and there by the original rate of shining would be almost impossible for newer players to achieve realistically. Alien Worlds does not want every single player to be able to mine every single NFT they have because it is seen as a premium service for players. But that being said it can't cost an insane amount of TLM either.

They are running simulations to figure out the appropriate price to shine based on the perceived benefit of shining. That is really good to hear. Because that means a few things guys.

1) They are actively trying to make the game better for the players and are open to changing past updates to accommodate for every type of player.

2) They are aware of the price of TLM and the rate at which we can get it. So it leads me to believe that the Thunderdome will be more accessible to everyone. If Shining is a "premium level service" at it's currently at 500TLM but will be reduced, then I would have to believe entering the Thunderdome would be significantly less.

If you take nothing away from this article except one thing. Take this away.

The Alien Worlds development team is actively working on the game and trying to adjust it and make it the best game possible for every level of player out there. It gives me a lot of hope to see a game respond positively to negative feedback about their game.

As always here is the current value of 1 TLM