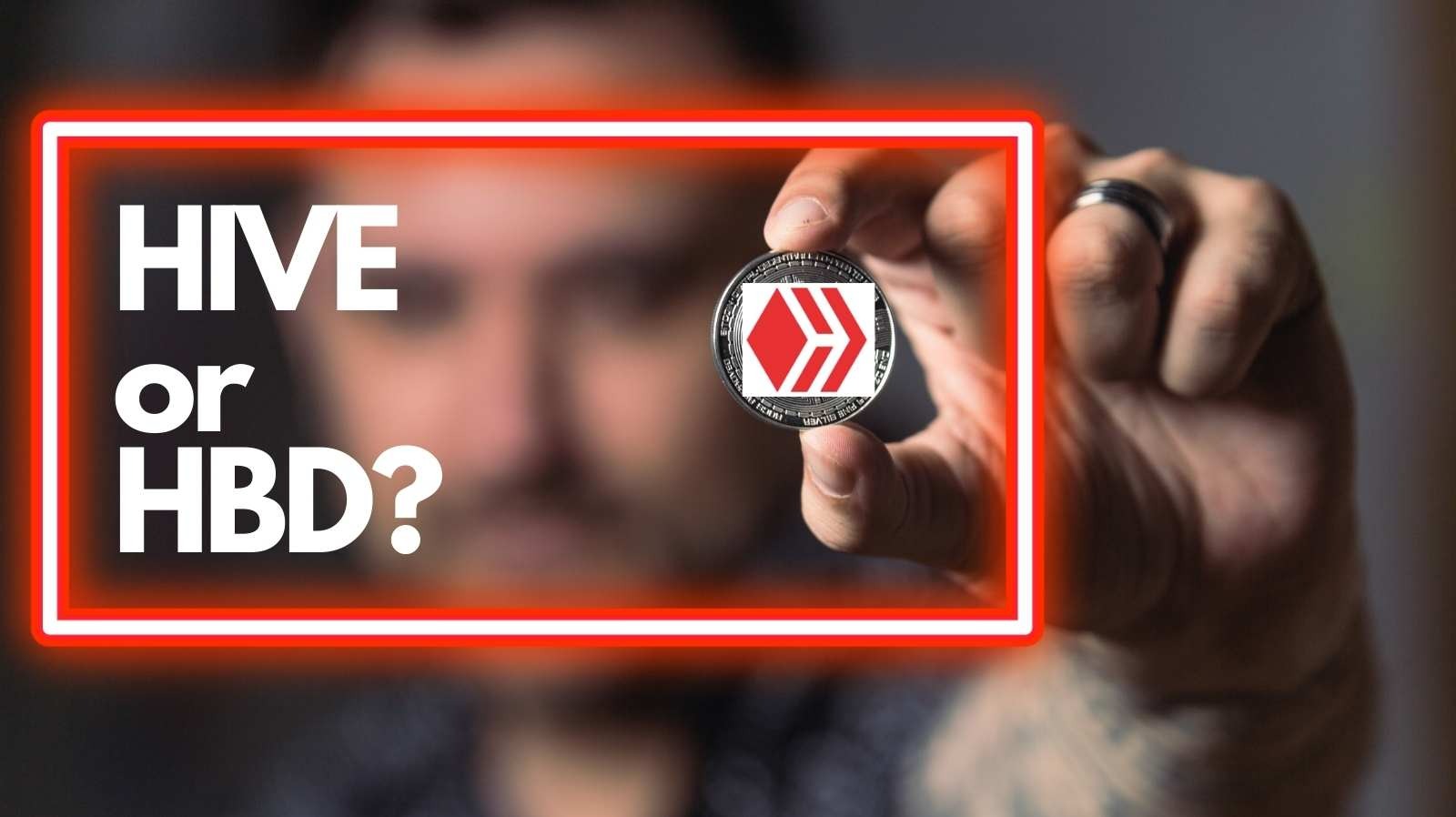 When you are earning Hive, you are often considering, what is the best thing to do with that Hive?

Two of those choices are to power up your Hive or to buy HBD. But which one is better?

With Hive Power you get 2,84% APR increase plus any curation reward that you do. Let's say anything between 6-12% is possible, maybe more. You also power up faster and have more influence.

With HBD you get 12% 20% and don't need to do anything. As long as the peg stays, your Hive will track $1 and you will just lose the regular fiat inflation amount but gain 20% of interest.

With Hive, we need to consider that there is no peg and that the price can greatly fluctuate. If the popularity of Hive and its use-cases increases, we could see some increases in the price of Hive. This means, holding Hive Power itself could potentially bring you great benefits in the future if you believe in it.

However, you also need to consider that the current hive inflation rate is around 7,2% according to this post from @Sacrosanct.

This means, that if you are holding Hive Power, you need to earn at least 7,2%-2,84%=4,36% to even break even. If there is more than this amount of growth in the Hive network, you won't notice any inflation, because of the increased demand for Hive.

This doesn't tell the whole story though, because the hive inflation rate is decreasing each year, the value of Hive is likely to increase and become more valuable. So getting in now on Hive is likely to pay off big time in the next 10 years if Hive stays successful.

The appeal of HBD is that because of the peg, you shouldn't be affected by the inflation of Hive and loss of purchasing power parity against the dollar. It doesn't keep account of the natural deflation of the dollar which is on average around 3% per year. With the recent increase to 20%, the returns now seem VERY attractive.

How will I play it?

I'm stacking both. I want those HBD and Hive Power. HBD will provide me with a good 20% return and the Hive Power will provide returns plus it has lots of potential to grow in the future if there are more use cases and an increase in users.

Now that we have an increase in interest to 20%, it is a game-changer and I will probably focus more on the HBD in the short term, but will keep an eye on the peg. If anything shouldn't break, it probably will and I see this as the biggest threat with the new 20% return.

The market cap must remain below the 30% debt ceiling or it would cause a haircut for HBD holders. I don't like haircuts.

If the debt ceiling starts rising, I am sure the Witnesses would anyway take corrective action. But it is still a risk to consider.

The new demand for 20% HBD could maybe drive the price of Hive upwards because it will attract hive internally and will cause scarcity of Hive within the ecosystem and lower supply. It could also have an increasing demand from new players or speculators who buy hive and then convert to HBD.

The forces working against driving the price up will be the internal hive inflation system that will need to provide 20% interest to HBD holders AND balance the hive to HBD ratio which could mean massive hive inflation and therefore drive the price much lower in a spiral.

If the price drops it could then trigger the debt limit and a hair cut for HBD holders.

These forces should in theory balance each other out and the Hive price should remain stable.

As we have seen within the UST stable coin arena, trying to maintain a peg is not an easy thing to do. It is going to be exciting times with Hive now providing one of the best stable coin returns on the market, but I will be monitoring this page closely.

How do you feel about the 20% returns and how will you play it?