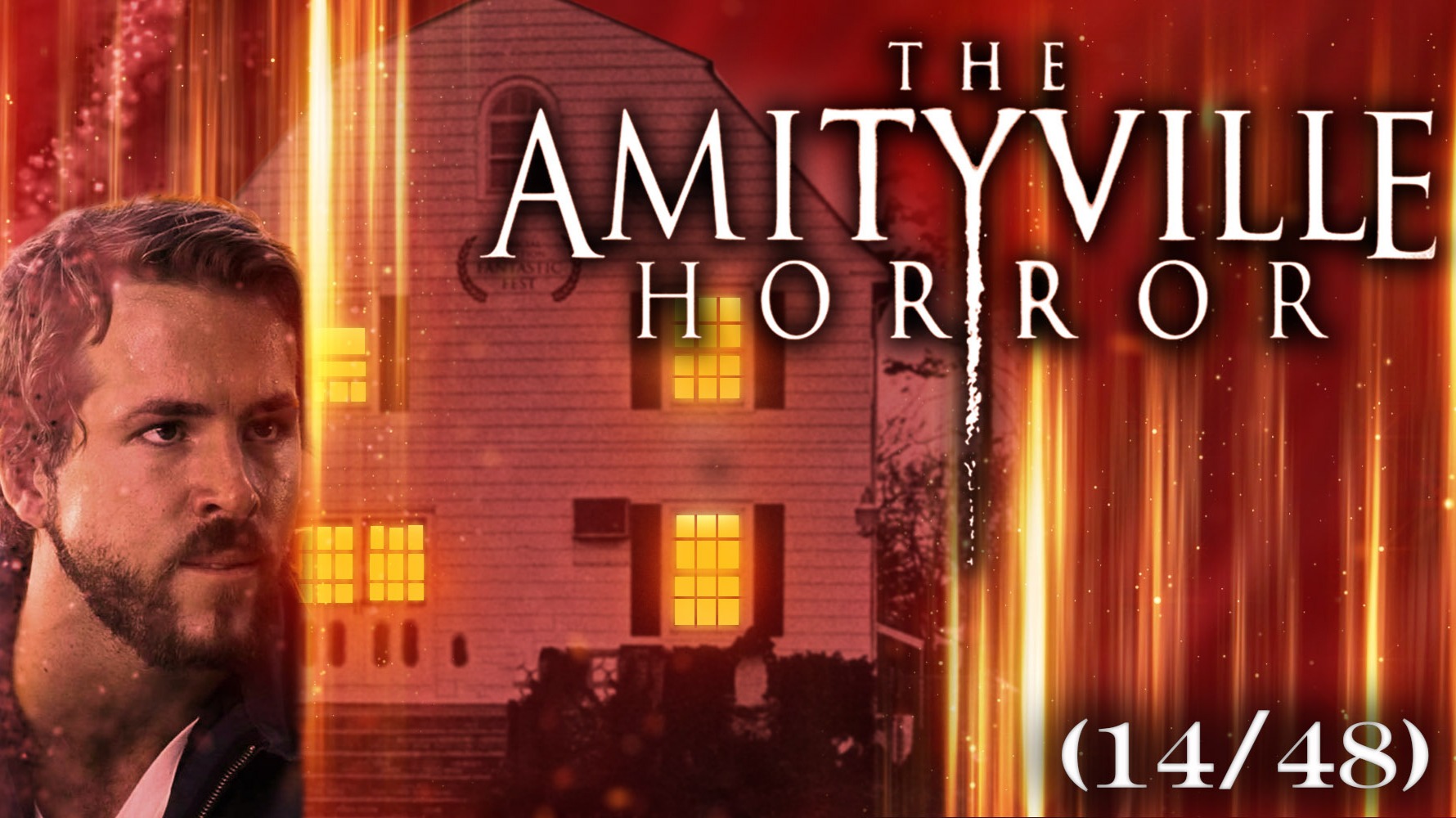 I don't know how this is humanly possible to do 2 of the worst movies in the world in a row. And to be honest, Blade Trinity had way more qualities than this one.

After a long time trying to convince my Girlfriend to watch this movie with me, we sat on the couch and launched it on the TV. She has a way lower tolerance than me because after something like 30 minutes she wanted to stop it because it's unbearable. Instead of that we made things easy and watch few episodes of Brooklyn Nine-nine to relax.

To be quick, the Movie relates the events on the Amityville haunted house. In 1974 a family's father killed his wife and kids because someone (a spirit) told him. And some time after that a couple decided to buy it and live here with their kids. After time the father turned crazy and tried to kill his family too.

To show you what is wrong with that movie I decided to list all the strengths and weaknesses of the movie.

Yeah ! Even if the movie is at least as bad as Blade, the defects are not the same. Here Ryan Reynolds is pretty funny, and that's just confirming my humor theory I explained in last post. Here he's not making jokes but making fun of things happening with the people around him. He's not just making jokes but turning the situation to be funny.
At the beggining of the movie he's cooking an omelette, and my gf and I was really thinking it was ugly and looking disgusting. One second later that's what's happening :

They're not even saying a word, just looking at it and making that face. And that works, if you were not paying attention you did not see it.

I found it really nice, the colors, the lights and the camera angles are most of time more than beautiful, the characters are too, such as the house. They succeed to make a really fancy package for the story happening in that house.
Even the effects are pretty well made. I don't think there is computer processed visual effects (probably there is but not a lot like there are in nowadays horror movies) but there are practical ones. And they are pretty nice, the makeup and even the editing making some moments work which shouldn't.

Here he's attacked by bloody hands in his bath.

Even if we cannot notice that in most of the movie, he's always wearing these contact lenses with red veins in it and that kind if details is really working in that movie.

Yep, the qualities of the movie were pretty quick. No worry the post isn't finished, there are a lot of weaknesses.

In this movie you can see all the Horror genre Clichés.

The weather is too perfect

The First massacre takes place during a stormy night, a lit of rain and thunder, and when Ryan Reynolds decides to kill his whole family guess how's the weather ? Yep, rain and thunder.

And the thunder is really really bright !

The Sexy Babysitter for the kids

This thing is so much a cliché there is a movie just about that named the babysitter and the only way they find to make it "correct" was to make it a comedy more than an horror movie.

Here I don't really know why they wanted to make her sexy because the only thing that changes is that the kid wants to flirt with her. She's here to learn the kids that a family have been killed here and discover that the house is indeed haunted.

The dog Barking at nothing

To show there's something supernatural, the dog barks at nothing, but at the second time it happens I already feels like this is already too much, this is just making things slower.

And there are a lot more clichés but I don't have enough time to write them all.

A priest is called to come in the house, study it and exorcise it. But the house is too dangerous for him so he has to go. And that's all, after that he disappears..

Not to mention that the story is almost exactly the same as "The Shining" the movie looks like it pretty often. The first guy killed his family and himself and the new owners are doing the same. In The Shining the boy is like controlled by the ghost, here it's the little girl seeing them and talking with them.

There are even a lot of shots that look the same, the car driving with an helicopter shot, the bathroom.. RR even destroy a wooden wall with an axe and try to pass his head through the hole, even if he doesn't want to kill someone behind, that's the same.

BUT, the Shinning isn't the only movie ! With the Screenshot in the bath above, you could see some similarities with the grunge with a hand coming out of nowhere in a shower :

There's even some things we can see in movies which are younger than this one, but unfortunately the best version of the scene isn't in AmityVille...

He's looking their memory films, giggling for no reasons with his too white teeth, the exact same film we saw at the beginning of the movie, and he's discovering something strange on it, a supernatural face. Exactly the same as Sinister which is my favorite horror movie of all time and one of my favorite movies.

Once again, there are a lot of other examples of things they took from other movies. But if you wanna see them, watch the movie 😉

The movie is bad

Yes ! This is my argument ! The movie is bad for too much reasons ! Everything is too fast, I mean they start to live in the house and only 7 minutes later he is menacing one of the kids and many ghosts already appeared ! TAKE YOUR TIME PLEASE !

There is one sex scene and it's.. Not bad but, that's a sex scene, that's always cringe. And the musics are not helping, there are too much music all along the movie.

I don't know if replacing him with someone else would be better, but he or his character is the main problem of the movie. He's becoming mean too fast and it's always too much. And as I said for Blade trinity, they're trying to show how muscular he is and make you wet.

Just imagine, you're a 7 years old little girl, it' 3 in the morning, and your step dad comes in your room like that after you saw him under the rain outside talking to the dog by the window. That's exactly what happened, this is probably the most terrifying and cringe moment of the movie. Why didn't he put a shirt on ?

I clearly don't recommend anyone who wants to watch a good movie to watch this one. This is the kind of movie you have to be prepared for. The first time I saw it I didn't know and have been really happy that I wasn't alone. We were able to laugh about it.