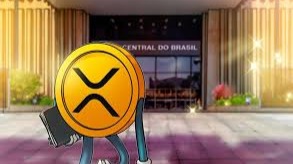 The company's top executives, including Ripple's CEO, are reported to have met with the President of the Central Bank of Brazil last week. It was revealed that Ripple executives, including Ripple CEO Brad Garlinghouse, had a meeting last week with President of the Brazilian Central Bank, Roberto Campos Neto.

The meeting included Ripple’s Managing Director of Latin America, Luiz Sacco, and Ben Lawsky, one of the company's board members, as well as the creator of the famous BitLicense.

Neto, the head of the country's central bank, stands out because it is not an anti-cryptocurrency name. The president said that in 2019 he saw cryptocurrencies as a good idea and always followed them.

Ripple had opened an office in the country prior to this meeting. In fact, the company's first regional office in South America is in Brazil. Ripple’s global operations manager, responsible for the expansion strategy in the region, is a famous Brazilian businessman.

Ripple CEO Brad Garlinghouse and his team had a secret meeting with the Central Bank of Brazil. Since the meeting was held closed to the press, there was no news about the details, but it was stated that corporate issues were discussed. In addition to being one of the largest economies in the South American region, Brazil also creates a $ 2.5 billion money transfer market due to its large immigrant population. Ripple, which produces important solutions to international payment systems thanks to Blockchain technology, has been taking steps to consolidate its position in the South Amerijka region since June 2019. The meeting of Santander bank with Ripple, which has various collaborations with corporate companies such as BeeTech and Banco Rendimento in Brazil, may also be a sign that breakthroughs will increase in this region.