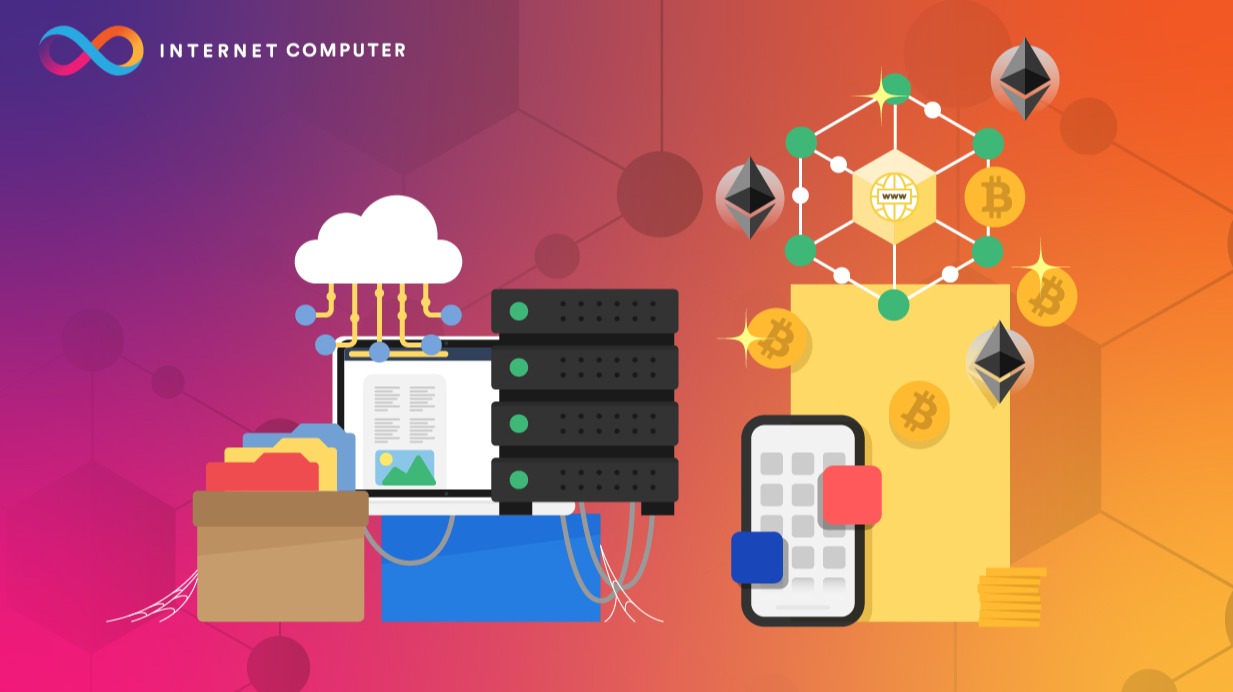 The Internet Computer (IC) is a public blockchain/decentralized computing network and smart contract platform that seeks to replace the traditional IT stack and dis-intermediate the cloud. What separates the IC is that its blockchain and smart contract platform not only supports DeFi applications, but it can also host regular applications at scale, even including enterprise IT systems and cloud services. Therefore, the IC’s tech stack can do it all, without the limitations of slow and heavy blockchains. Thus, it’s a great system that has the ability to actually take the Web3 revolution to the next level.

Many blockchains have limited aspirations, such as being a mass ledger for financial transactions, but the IC blockchain, and especially its smart contract functionality, have bigger goals. For example, the IC seeks to enhance the Internet with an innovative form of serverless and cloudless functionality.

This means if you’re a business owner or a small to medium enterprise, you can easily choose to run your entire business on the Internet Computer’s platform, which over time will help the organization with its IT management, data management, complexity, technology upgrading, and traditional software subscription costs.

The first feature of the Internet Computer’s network that revolutionizes the traditional IT stack is its node machines and independent data centers i.e., the hardware that keeps the network alive and expanding.

IC nodes are essentially hardware machines that perform computations and store data. To become a node operator an individual has to be verified by an unbiased third party as well as be approved by the Internet Computer Association. What’s great about this base layer infrastructure is that unlike other blockchains, the nodes don’t run on centralized clouds like AWS, but rather are hosted on independent data centers. So it’s revolutionary in that the IC acts as a cloud platform for smart contracts, thus giving it its name of being a “decentralized computing platform.”

In summary, the Internet Computer is better than other blockchains because it doesn’t rely on centralized clouds to run the nodes. Therefore, the IC represents a Web3 alternative to this part of the tech stack.

The second feature that makes the IC revolutionary in terms of the traditional IT tech stack is its protocol, the Internet Computer Protocol.

The Internet Computer Protocol (ICP) allows software to run on the Internet in a distributed manner, and not by using servers controlled by large companies. This feature makes it possible for creators to develop applications that no single entity owns, controls, or censors. As a result, popular software and internet services can be developed on the IC in a true Web3 way: open and decentralized.

This open software actually has a term for it, and it’s called autonomous software, which means software that exists independently of any person or organization. And because the software development process is open-source, this means the business itself is also open-source, which takes away the need for centralized databases, web servers, middleware servers, and firewalls. The system is secure as well, which is a major selling point.

What Is The Benefit Of The Internet Computer Revolutionizing The Tech Stack?

The first benefit of this computer revolution is that the IC is creating a different world where users can reinvent internet services as open-source businesses, which means developers can implement internet services using autonomous software, and this software runs independently of any person and organization. So there’s no Amazon, there’s no account holder, and there’s no central server.

The second benefit and second-order effect of this tech revolution is that once these open computation platforms take root, entrepreneurs and innovators are going to want to build on them to avoid platform risk. Platform risk is one of the key factors here. Platform risk occurs when a person builds a startup on somebody else’s API, which is very dangerous when the API provider takes the API away. This often results in the dependent company being rug pulled and completely “rekt.”

What Can You Build On The Internet Computer’s New Technology Stack?