MASK, QNT, and ICP -- The coins that doubled in value during Bitcoin's July gold rush
MyCryptoOutlook2022 BitYard Contest and Giveaway - $1,200 in ETH Prizes! >> JOIN FROM HERE << 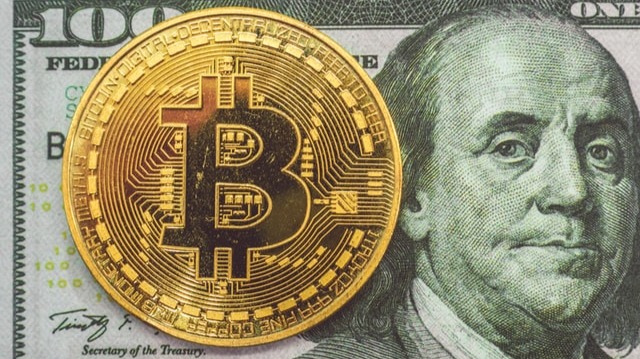 MASK, QNT, and ICP -- The coins that doubled in value during Bitcoin's July gold rush

They say a rising tide raises all ships, but some cryptocurrencies seem to have the advantage when it comes Bitcoin's USD value jump over the past 30 days.

MASK, Quant, and Internet Computer coins each more than doubled their value relative to their prices on July 20, 2021 when Bitcoin's price reached a $29.8k local bottom. In comparison, Bitcoin jumped a modest 1.5x from this low to its current price near $41k.

Putting the gains in perspective

Bitcoin's current $40k-plus price action was a wistful dream for most amateur traders throughout the start of July. Bitcoin's bearish action bottomed out at least temporarily however, and the early August gold rush that saw Bitcoin break above $40k traces its roots to a $29.8k low on July 20.

Bitcoin's price spent the first weekend of August trading several hundred to several thousand dollars above $40k and was valued $44.6k per coin at press time -- about 1.5x the July 20 low. 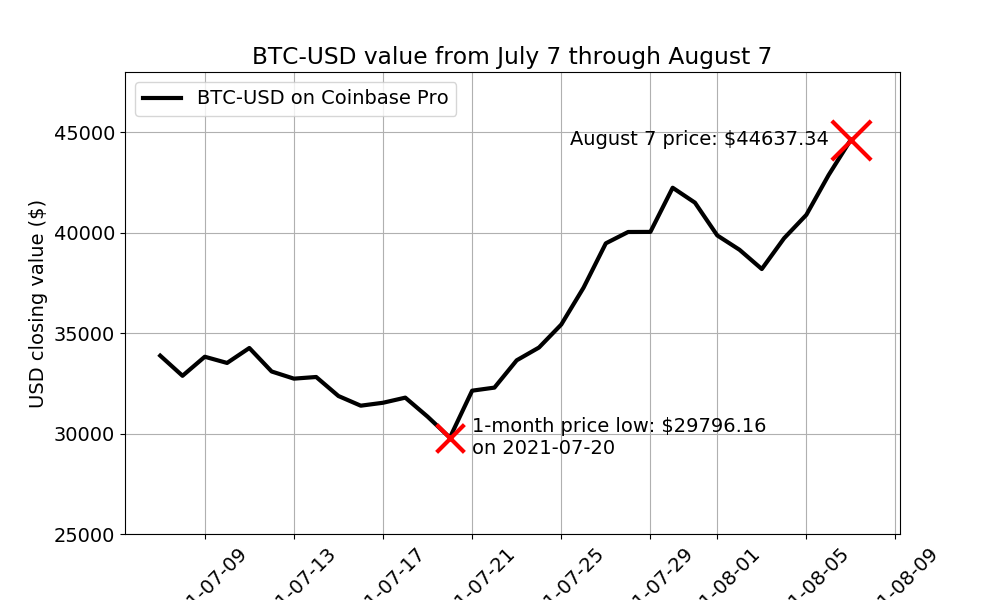 Bitcoin is traditionally viewed as a first-order term on the cryptocurrency market's behavior -- in other words, Bitcoin's price action strongly influences the price action of every other crypto coin. The market behavior on Coinbase Pro's exchanges generally follows this view -- something we can see visually by dividing a coin's daily values over the past 30 days by the value it held on July 20 (the day of Bitcoin's local minimum). 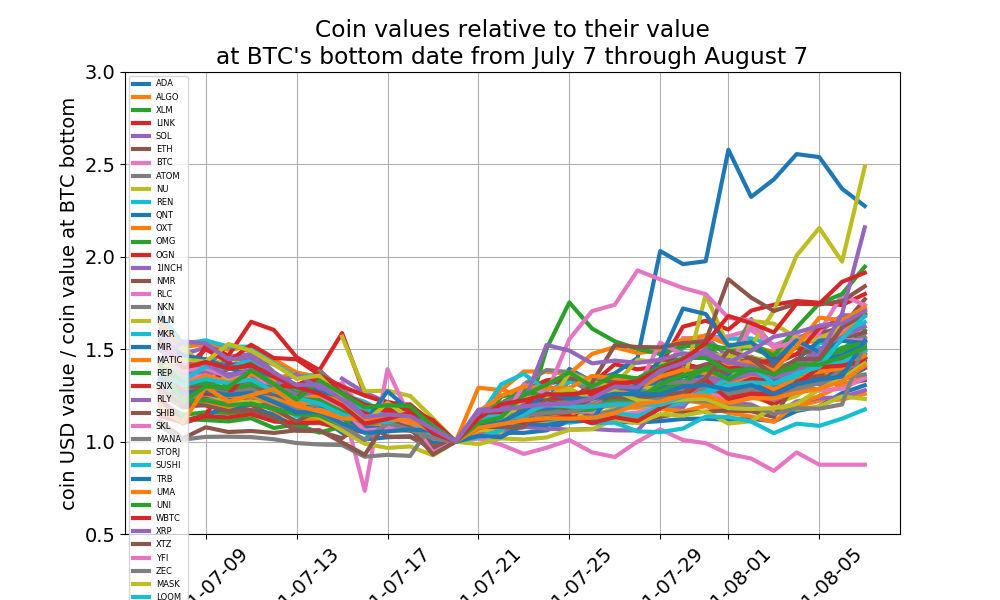 Its clear from the graph that nearly every coin increased its value since July 20 -- every coin's plotline steadily grew above 1.0 except one (more on that coin later).

The top (and bottom) three coin rallies since July 20 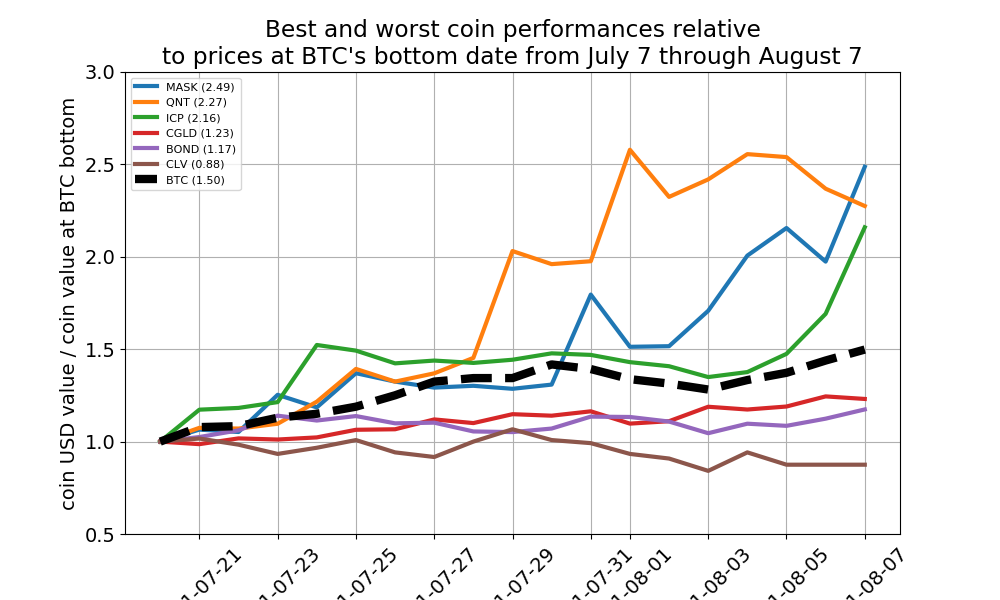 Bitcoin’s July-August price rally caused three coins -- MASK, QNT, and ICP -- to more than double in value relative to their July 20 prices. Close visual inspection of the graph shows Mask and Quant generally followed Bitcoin’s lead until around July 28, when both coins (represented by the blue and orange lines) surged above Bitcoin’s rally (dashed black line). Internet Computer Coin only recently performed better than Bitcoin, when its price surged after August 5 (green line).

The cryptocurrency market responds closely to Bitcoin’s behavior, but not all coins respond with the same magnitude. I definitely want to understand what -- if anything -- made MASK, QNT, and ICP blast off more than the positive growth rate Bitcoin introduced into the overall market. The same goes for the bottom three coins.

PS: Thanks for reading my first post! I’m an aerospace engineer who recently picked up cryptocurrency trading on the side. I’ve recently started to try and apply some of engineering analysis first-principles I follow professionally to my crypto hobby, and I want to share my insights with the wider community. Comment below on what you think, suggestions for future analysis, and critiques. 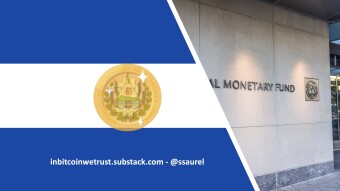 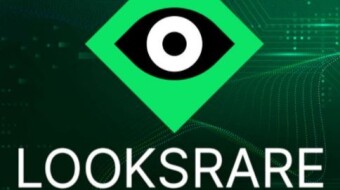 What is LooksRare (LOOKS)? The NFT Phenomenon That Challenges OpenSea