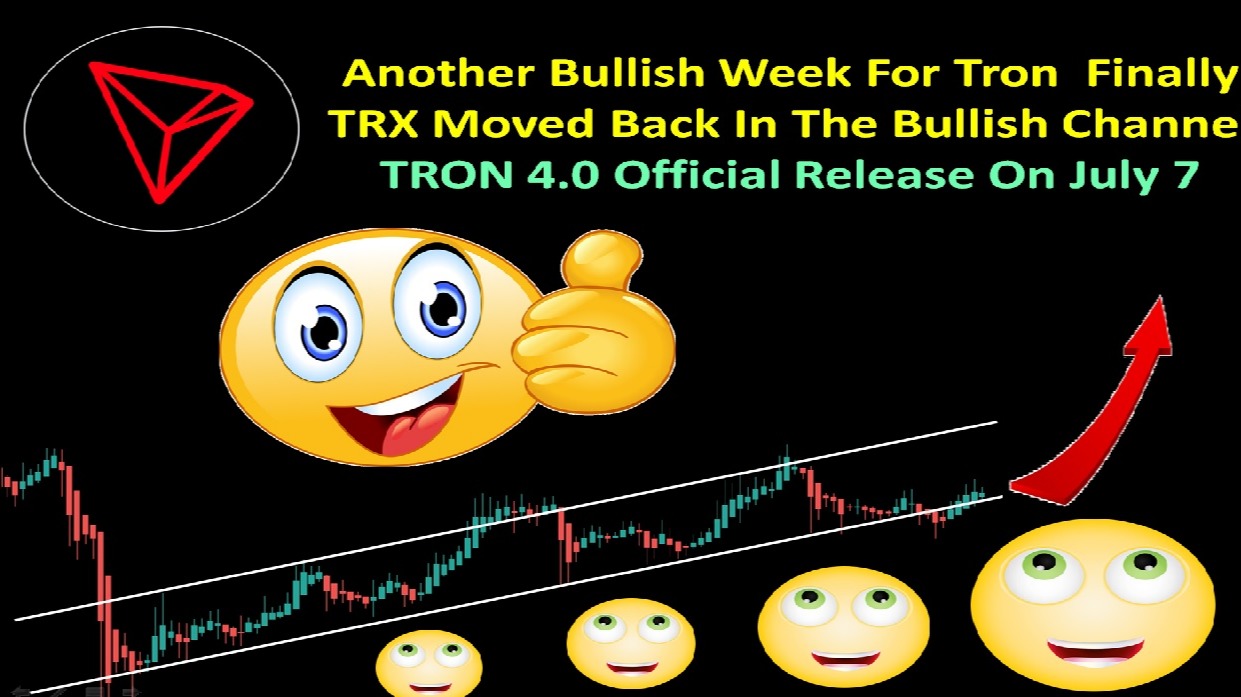 Hi guys and gals hope you are doing well and welcome to the new update on Tron coin. Few days back TRX coin was likely to break down the channel’s support but this week it is again entered in the channel.

Even though TRX was moving down with Bitcoin and all top alts to break down the channel but the release smart contract privacy protocol was scheduled on 7th July made this week bullish for Tron coin and this week it has rallied around 21% and re-entered in the channel. At this time the price action is likely to re-test the support of the channel. In case of successful re-test, the price action can move up to the resistance. And after reaching at the resistance of channel TRX will gain 18% more value.

Tron moved back above the EMAs:

The simple moving averages are broken out again:

The bullish candlestick has appeared at the resistance:

The price action of the Tron coin is also moving in a descending triangle. And after hitting at the resistance it was likely to move down at the support. But this week we have a bullish candlestick that is again going to hit the resistance of the triangle to make another attempt for the breakout. Turning from bearish to bullish at the resistance is another very positive sign in favor of bullish momentum.

If we watch the different support and resistance levels on the daily chart then TRX has the support at $0.0127. And after the rally of this week, the price action is in the correction mode. But as we have the 25 and 50 simple moving averages as good supports and the price action has just broken out the 25 SMA. Therefore there will be fewer chances that the price action will be dropped down again at the support.