The level of complexity in building one of the most advanced blockchain architectures to date, and improving everything 1000x in throughput, execution speed, and transaction cost, compared to iterations like BTC or ETH, is painfully challenging yet immensely gratifying.
Attempting to simultaneously build an innovative, simple and delightful user interface, that seamlessly integrates with this architecture to offer global near-instant transfer of value at negligible cost, amplifies the difficulty level considerably. - The Elrond Team

What is Elrond and how it works?

Elrond is a highly scalable and secure block-chain network for Dapps. The block-chain designed to bring a 1000-fold cumulative improvement in throughput and execution speed, and is not related to the mighty elf-ruler of Rivendell, Middle-Earth. To achieve the 1000-fold cumulative improvement in throughput and execution speed, the Elrond block-chain will use a dual-feature system, the Adaptive State Sharding mechanism, and a Proof of Stake (PoS) algorithm, enabling linear scalability with a reportedly fast, efficient, and secure consensus mechanism. The Adaptive State Sharding will allow the block-chain to process real-time splitting and merging of shards as the demand for network capacity changes,. therefore the Elrond block-chain can swap at anytime between network sharding, transaction sharding and state sharding, making the network capacity highly malleable as user demand requires. The Secure Proof of Stake and the SPOS consensus mechanism will merge with the Adaptative Sharding process, allowing the election of different validators within each shards. As an extra, the Elrond Virtual machine (EVM) will assist developers to build dApps in whichever language they’re familiar with to be compiled in WASM.

Do you remember the treasure Smaug was guarding in his cave? And how the dwarfs and hobbits melted everything into liquid gold? The same happened to Elrond (ERD) but without destroying the treasure and enraging a mighty dragon. 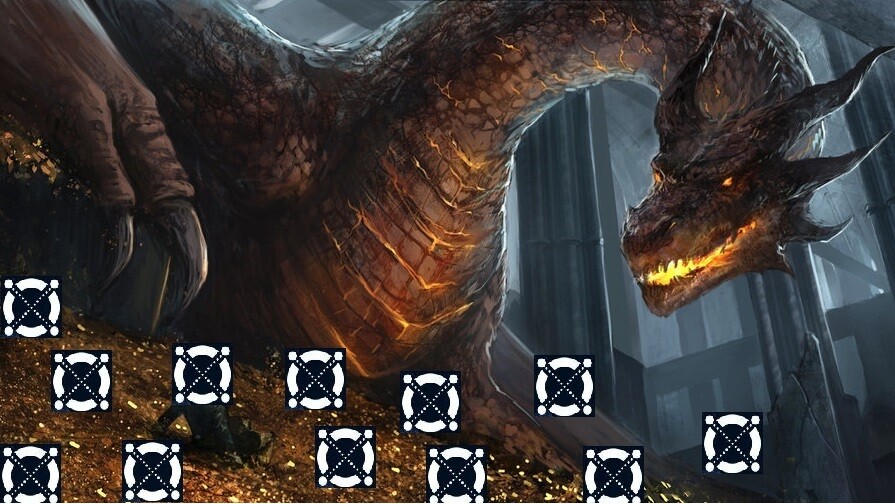 The Economic model moved from ERD to EGLD, with Binance full support. Every 1000 Elrond (ERD) transformed overnight into 1 Elrond Good (EGLD). The mainnet swap started on September 3, and from this date the EGLD will be considered the native token of the Elrond ecosystem. The Elrond (ERD) deposits and withdrawals were suspended on Binance on the 30th of August, all ERD trading pairs were delisted the next day and the balances where swapped with the new Elrond Gold.  The Elrond Gold (EGLD) will pair with Binance Coin, Bitcoin, Tether (USDT) and Binance USD for trades and swaps. 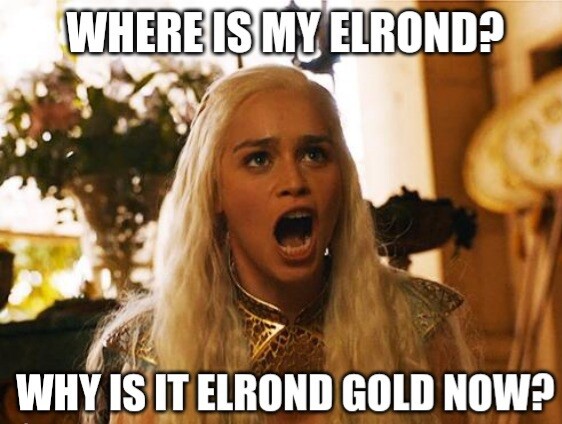 For users holding Elrond (ERD) on other platforms, they can swap it for Elrond Gold via Elrond Swap Bridge, for the next 2 years. The new token aims to bring evolution and expansion to the ecosystem, adding DeFi options, staking and delegation.

Bought 6002 Elrond in July at 0.0119 paying $71.40. The price per unit just before the metamorphosis was 0.0264 which meant that Elrond Gold (EGLD) price will probably start close to $26.40. The assumption was somehow correct and the starting value was $23.82. At the moment my investment doubled but this is an asset which I will hold for a long time, cause the Elrond ecosystem has the tools and vision required for global implementation. If you consider that the all time low was $0.00057344 and than recorded a 4506.8% rise, you will understand why Elrond is my wildcard investment.

The Elrond Gold (EGLD) has become the most robust and universal store of value in existence based on fungibility, portability, durability and divisibility. The token is impossibility to be counterfeited. With low cost for global transfers via any communication channel, digital scarcity and infinite programmability, the Elrond Gold and the Elrond ecosystem makes the current Ethereum gas fees as an issue of the past. 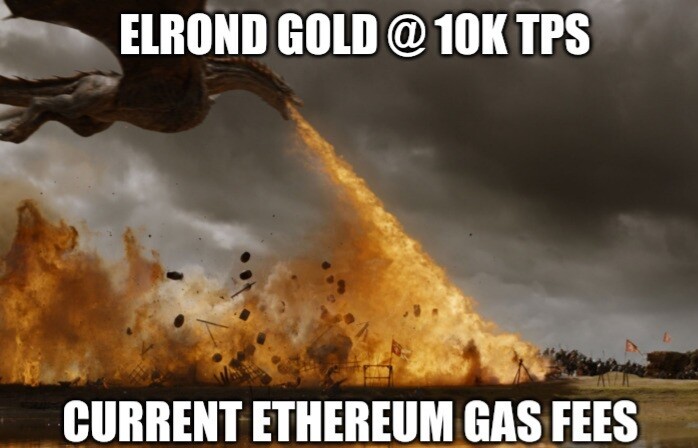 The difference between eGLD and ERD is like the difference between a Beethoven concert one of Nicki Minaj, but maybe not as bad. Elrond Gold has a subtle and profound new meaning, and is offering a deep feeling of greatness with fine-tuning, not only good vibes. The fine-tuning economic parameters of Elrond Gold vibrates strong economic attraction forces, and the upgraded ecosystem can effectively reshape the global economic system.

The Elrond Gold Genesis distributed 20 million tokens to 8 billion people, and the maximum supply of 31.4 million (in theory) will be reached by 2030. Adaptation reduces the inflation and increases scarcity, and each transaction fee paid will reduce the theoretical limit, therefore the 31.4 maximal cap will never be reached.

Elrond was created by a bad-ass team of entrepreneurs, engineers and researchers, and they can build rockets as well. Beniamin Micu, Lucian Todea and Lucian Mincu are the co-founders of Elrond, sharing the CEO, COO and CIO positions. Wonky Wednesday, waiting for withdrawals, wallets and the wildcard (EGLD)