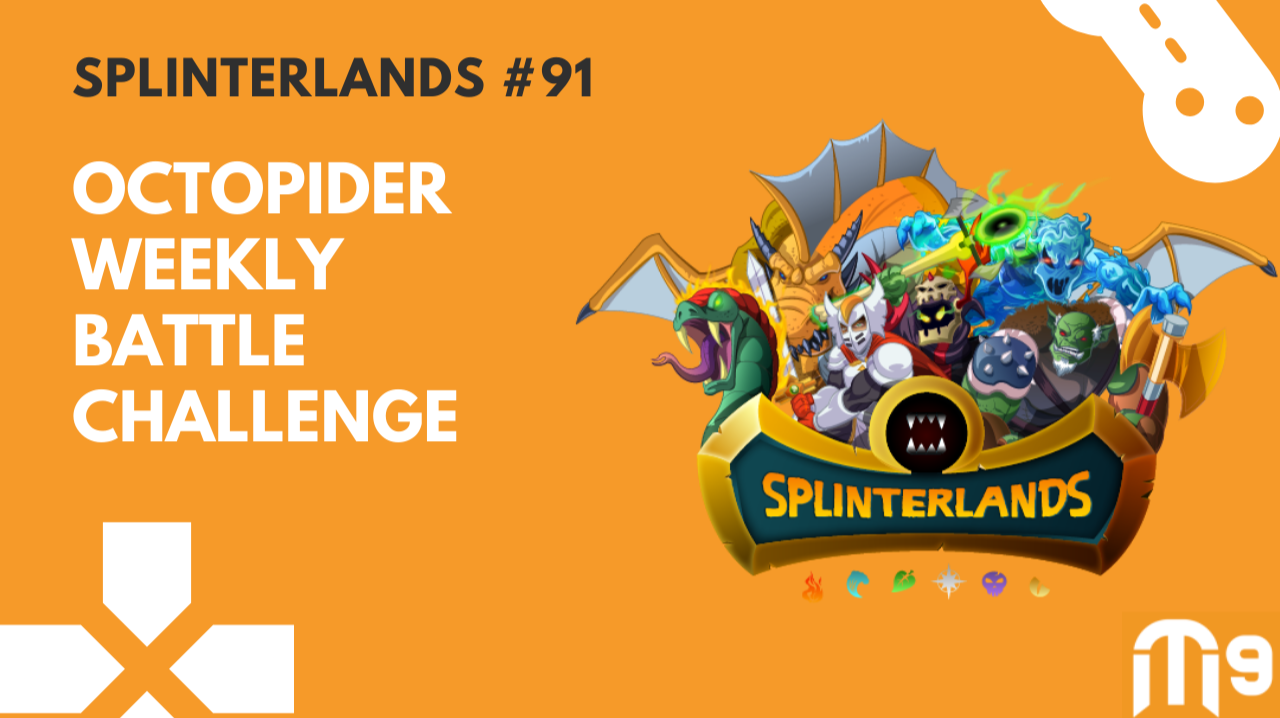 This week's battle challenge focuses on the Octopider:

You may be thinking, “A spider already has eight legs… Why Octopider?” For one thing, the Octopider is much larger than a spider, closer to the size of an octopus. It’s legs, although they can scurry like a spider, are actually the tentacles of an octopus. In fact, this monstrosity has nearly all the most terrifying features of both spiders and octopi. The Octopider can move easily in water or on land. Whenever threatened, the Octopider disappears into an inky, venomous cloud. They say the Octopider was a grotesque creation of the Gorlodon, a famed monstrous dark sorcerer of the deep water. 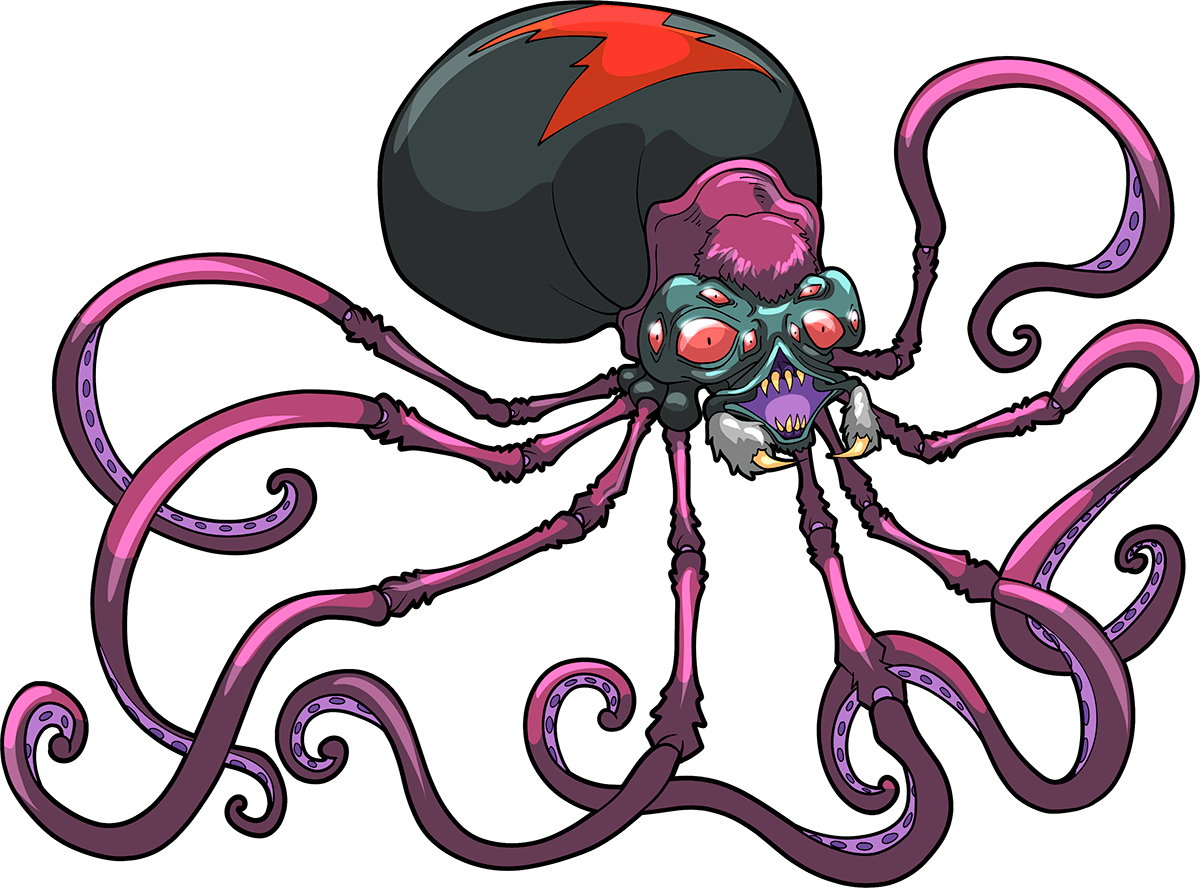 A Reward edition rare rarity monster from the Death Splinter at level 5:

The Octopider has been out of print for a while as it was being given out in daily quests and season rewards chests. For new players starting, who cannot afford the Twisted Jester (who in my opinion is a top tier range damage card, but due to it being a Beta edition card would prove too expensive for new players to acquire), the Octopider is a suitable substitute. This is a powerhouse of a range card that at level 5 does a massive 4 damage, has equal matching speed, chunky health. Unfortunately, due to the high mana cost, the Octopider played in lower mana battles and occupied most of the battle mana cap. Still, for higher mana battles, the Octopider can occupy a slot in the backline while applying the Demoralize hex ability, reducing the Melee attack of all enemy monsters. This hex ability, paired with the Death Beta edition summoners, Zintar Mortalis or Crypt Mancer, can damage the enemy team. 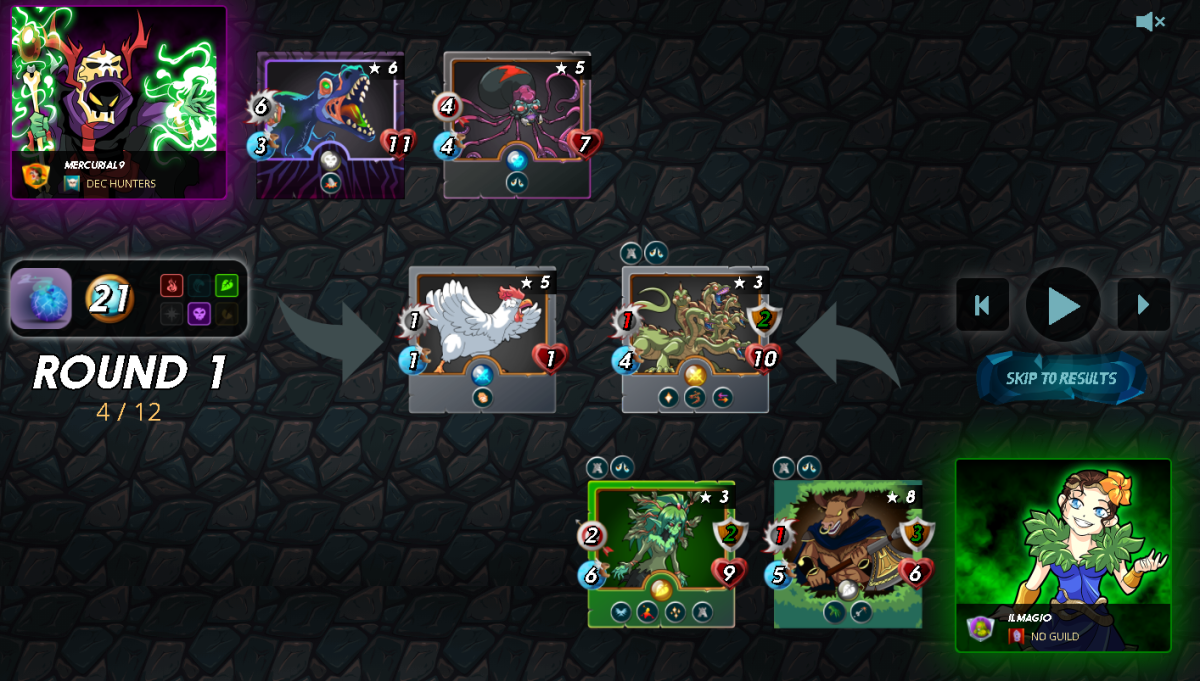 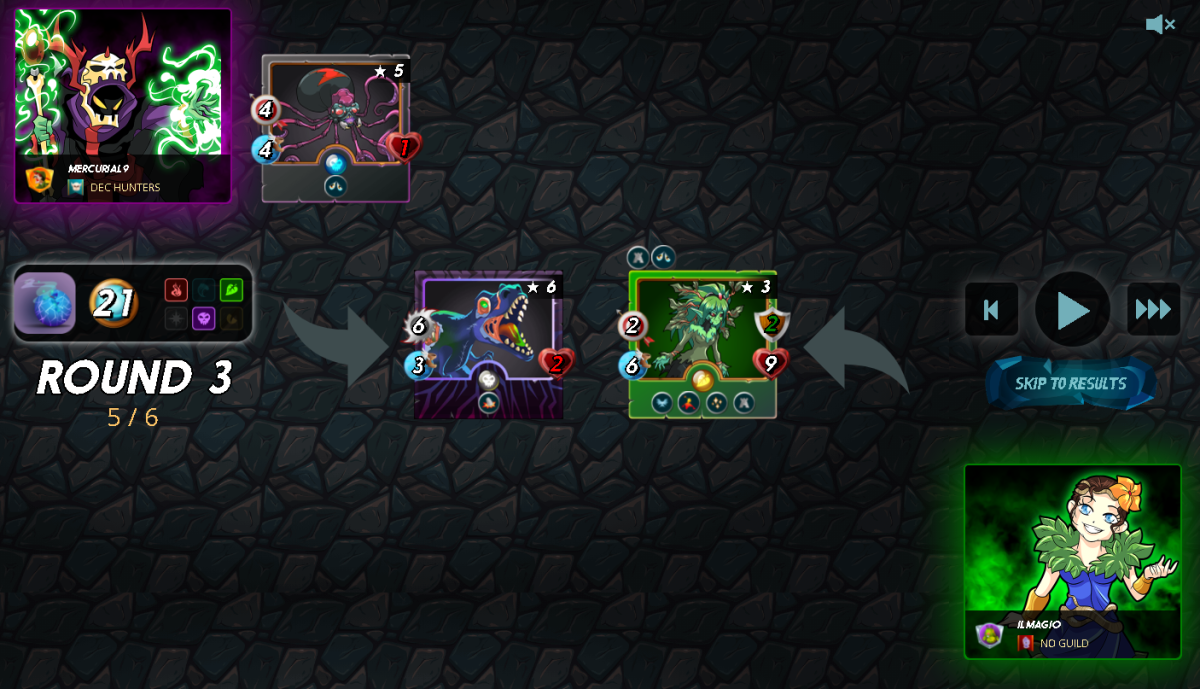 This battle showcases the importance of hexes like demoralize; I would've stood no chance without it. I came up against an opponent who had far superior monsters - 2 powerful legendaries! But as I mentioned above, the doubling up on the demoralize hexes was pivotal. The Octopider in this battle was able to land critical blows to reduce the health of Hydra and Minotaur Warrior, which then allowed my Undead Rexx to come and clean up. Also, Octopider's chunky healthy allowed it to survive the battle! This was such a satisfying victory.

Do you like the Octopider? Why or why not?

The Octopider is in a unique category of its own. As being the only range monster in splinterlands with demoralize ability. The unfortunate thing for Octopider is that the Death Splinter is flush with range monsters who do good damage. Still, as we saw from the battle mentioned above, paired up with the Zintar Mortalis in specific rulesets, it can almost guarantee the wins. If you weren't lucky to get Octopider for free in your daily quests reward, it might still prove a valuable addition to your splinterlands deck by acquiring it!