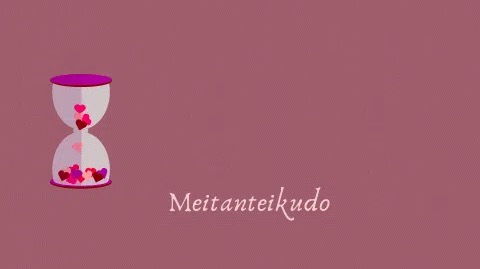 Serendipity. Such a beautiful word. It is so pleasing on the ears and is easy on the tongue. Come on, try it, "se-ren-dipity". It is amusing to stay and so lovely to hear right? It seems like you are saying something magical and you know from the sound of the word that it is something mystical and just filled with fantasy.

What does the word even mean? I always thought that it was synonymous with the word destiny. Maybe in a way, it is, but it's totally not the synonym of it. As the definition of the word goes, it states that serendipity is "the occurrence and development of events by chance in a happy or beneficial way." Basically, serendipity can be characterized as positive coincidences or as some people call them, happy accidents.

See? What did I tell you? I told you that serendipity is something wonderful, just by the sound of it, it's already a marvelous thing rather than an odious concept. I like to romanticize this word and relate it to some other grand ideas like "love".

This reminds me of the movie Serendipity that was shown back in 2001. It was a romantic comedy that starred John Cusack and Kate Beckinsale. It was a lovely story of a couple of strangers that met at a department store and ended up in a cafe called, you guessed it, Serendipity. Their wonderful meeting ended up without the guy knowing even the name of the girl.

Although they both had a great night, the girl thought that it would be fun to test destiny and leave it to fate what would happen to them.

The guy wrote his name and number on the back of a 5-dollar bill and the girl spent it on some treats. She said that if the bill made its way back to her, then that means that they are meant to be together.

To make things fair, the girl also wrote her name and number on the first page of a book and she gave it away to be sold in a used books store. If the book made its way to the guy, then well, it's destiny.

Pretty sweet right? That's what I thought too when I first watched the movie. I was in loved with love back then and rewatched the movie several more times along with other romantic films such as "The Notebook", Lakehouse, and others.

I guess, the reaction and the perception of an object such as that movie depends on the person. His experiences and his overall outlook in life. I was a kid back then so I took the movie like it was a positive thing. But now, with my age and with all I know, I think it mirrors real life, it sucks. LOL

I don't want to get all negative and sappy on you but it's true, I don't care for it now. Here's why:

So they both written their name and numbers on a random item but it's not fair. It's like telling the guy to do all the work. How is that destiny? How is that serendipity? All the guy has to do was to go from book store to book store and look for that book. Which he did. He spent 7 years looking for the book but he was not able to find it.

The guy did all he could. He traced down every clue and every lead to find the girl. He went on a frantic manhunt just to locate that dreamy girl from 7 years ago. But he could not find her. He was desperate to see her one last time before he gets married. He just had to because in all those years, he was not able to let her go and he still feels that there is something special between them. He did all he could, and every way has been spent.

At last, he had laid his hands on the book with the girl's number. It was given to him by his fiancee. She thought that he just liked the book so much that she bought it for him. Out of all the copies of the book, his fiancee was able to buy the very copy that he was looking for, the copy of the book that he spent 7 years looking for. His fiancee managed to buy it for the very first time. If it was serendipity, for whose sake was it?

On the other hand, there is no way for the girl to find the 5-dollar bill. So I guess she did not put any effort into it.

But the funny thing is, the wheels of fate or destiny began to move when the girl did. Having broken up with her fiancee, the girl decided to also seek the guy. She found the 5-dollar bill in her friend's wallet and she started the journey. And she just spent a few hours to find the guy. They ended up meeting to where they spent their night talking.

That's totally unfair to the guy, in my opinion, he did all the work but he was not able to get what he wants, but when the girl finally decided that she wants to meet, then now it's time for destiny and serendipitous events to take place? What is this??

Well, from another perspective you can say that serendipity and destiny work when both parties are into it.